SportVu and you: What rebounding chance can show us

New data from SportVU offers a lot of potential for increasing our understanding of rebounding, but more work needs to be done before we can draw definitive conclusions.

Share All sharing options for: SportVu and you: What rebounding chance can show us

Before going big, it's best to learn the intricacies of a system. Theories can be constructed once the frame is understood, but processes are best laid out a single brick at a time. Get your hands dirty in the mortar, grab a trowel and begin the building process.

SportVu is that for the NBA. It's bricks and it's mortar, and it will someday form a house the big bad wolf wouldn't dare try blowing down. This is one of many steps professional basketball has taken toward accepting a heavy analytics approach. Teams do not need to use the trove of data made available beginning this season, but every team has the opportunity, thanks to a league mandate. All 29 arenas have these six wonder cameras tracking endless amounts of player data. 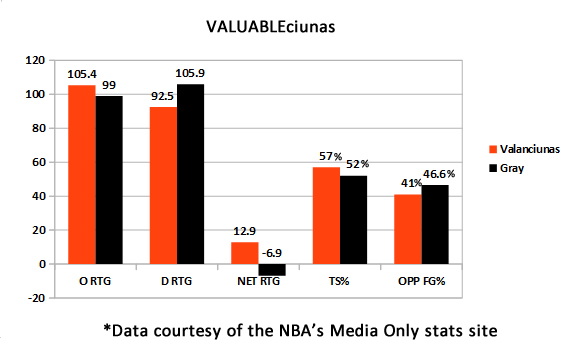 But it will take time, experimentation and plenty of failures before theories can go gold based around this set of statistics. For our first experiment, we'll take a look at the new "rebounding opportunities" category. This is how SportVu defines rebound opportunities:

Editor's Note: Stats do not include Monday's games.

The dirty work of tracking this specific data is done by SportVu, but what can we do with it now? 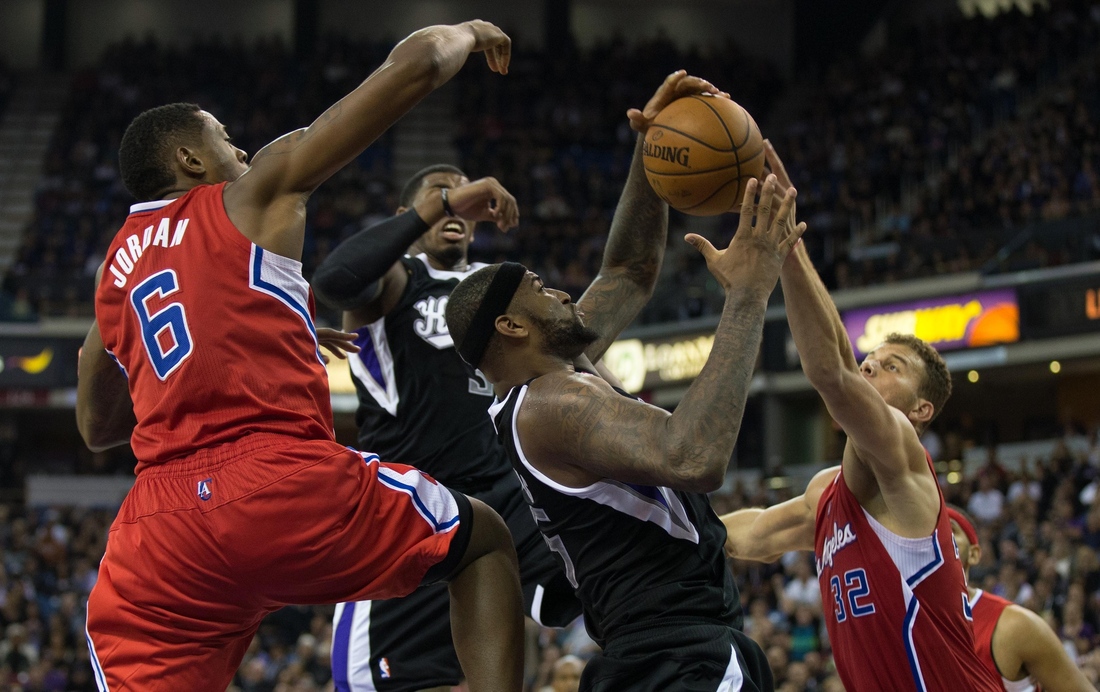 A lot. Consider these questions. Why is Dwight Howard averaging 23.3 rebound chances per game while DeMarcus Cousins is only within 3.5 ft. of a rebound 12.7 times per game, according to NBA.com's player tracking data? Is Cousins out of the radius by design of Mike Malone's offense? Is he transitioning back to defense and not crashing the boards on purpose? Or, could this be a simple case of a ball ricocheting away from Cousins? It's still too small a sample size collection to make sweeping generalizations as to why these things are happening, but there's gold to be found here over time.

Percentage of rebounds per chance

What good is having a high amount of rebound chances without converting the opportunities into actual rebounds? That's what the category of percentage of rebounds per chance is all about.

This isn't a stat category that can be looked at from the top without a filter, though. Otherwise, Meyers Leonard leads the NBA in percentage of rebounds per chance, converting 100 percent of his two rebound chances. That's part of what has made Howard's first three games of the NBA season so dominant. He isn't just leading the NBA in rebound chances, he's converting them at an incredibly high rate (72.9 percent).

It's important for a player to be near a rebound, but if he isn't grabbing the loose ball, then it's not as valuable to a team. A player with a high percentage here is making the most of his opportunities.

With those two stats directly linked, let's go back to DeMarcus Cousins' 12.7 rebound chances per game as a filter to sort through the results of percentage of rebounds per chance. This is a visualization of what spits out the other end: 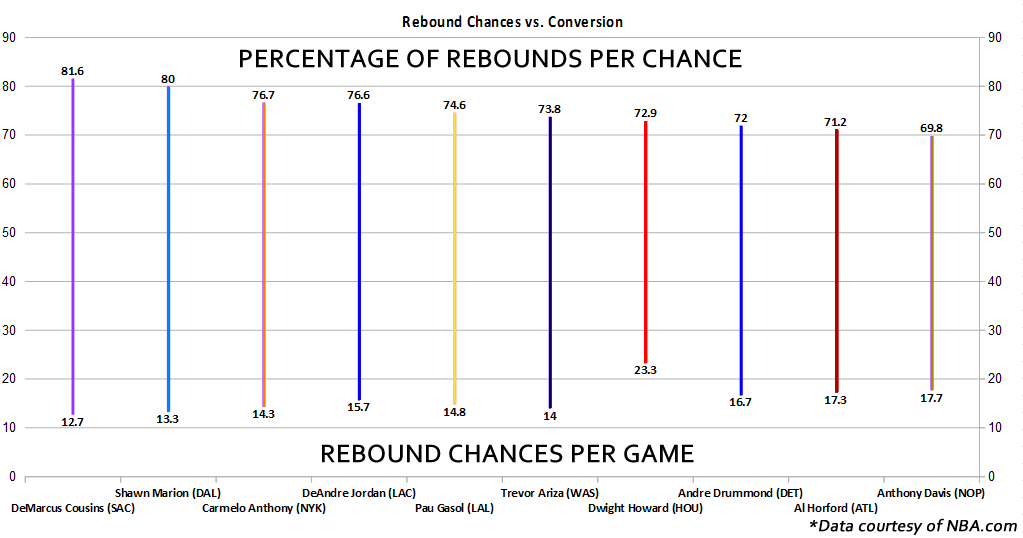 Cousins converted the highest amount of rebound chances at 81.6 percent. It was surprising to see two forwards make the list with Shawn Marion and Carmelo Anthony rounding out the top three. Marion had the second-highest percentage of rebounds collected in his "chance zone" at 80 percent of his 13.3 attempts, while Anthony averaged one more rebound chance per game than Marion, but converted 76.7 percent of his opportunities.

DeAndre Jordan is the only player to have more than 15 rebound chances per game with at least 75 percentage of rebounds per chance (76.6 percent).

Here's the full results in a table for reference:

It's important to take these stats out for a spin to learn the basics of what they can and can't tell us. There are no other seasons to base comparisons around and the NBA moves a single day a time. It could take the entire season to have a complete set of data that can be tried and tested.

We can be preemptive and become familiar and comfortable with these numbers while still trying to keep the numbers within context in the meantime. There's still plenty of brick laying to be had.

The top five players in rebounding chances per game, per NBA.com:

The bottom five players in percentage of rebounds per chance, minimum 10 rebound chances per game, per NBA.com: