With the No.1 pick and the Cavs struggling, Brown is considering a lineup shakeup.

Cleveland Cavaliers head coach Mike Brown has long insisted that No. 1 pick Anthony Bennett would exclusively play power forward this season. But with Bennett and the Cavs off to a disastrous 5-12 start, Brown is considering moving the rookie to small forward, according to Bob Finnan of The News-Herald. 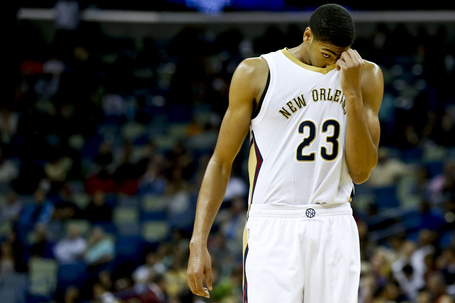 Bennett has been in and out of the rotation thus far, and when he has played, the results haven't been pretty. The 20-year-old is averaging just 2.2 points and 2.6 rebounds while shooting 22.4 percent from the field in 11.4 minutes per game.

Bennett came into the season a little behind the eight ball. He wasn't in shape following offseason shoulder surgery, and the shoulder has nagged the youngster at times at the outset of the year. However, that's still no excuse for just how poorly Bennett has played thus far.

Perhaps a move to small forward will help allow Bennett find a rhythm. It's not like Alonzo Gee and Earl Clark have been setting the world on fire, so it may be time to give Bennett more rope. There are certainly reasons to believe Bennett at the 3 won't work, but considering how poorly the Cavs have started, they don't have much more to lose.