The San Antonio Spurs and Dallas Mavericks face off early, and the Los Angeles Clippers visit the Portland Trail Blazers in a class late-night affair.

The four-game NBA schedule on Thursday will progressively improve as the night moves along. The Memphis Grizzlies and Houston Rockets start things off out west, the Dallas Mavericks and San Antonio Spurs meet in a Texas battle later on and the night ends with what should be a high-scoring clash between the Clippers and Blazers.

The main course: Spurs vs. Mavericks

A question of motivation 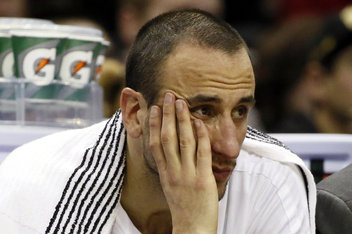 The San Antonio Spurs may have a 22-7 record that's among the best in the Western Conference, but their upcoming opponent has something they don't. The Dallas Mavericks are coming off a 111-104 win against the Houston Rockets. The Spurs are coming off a 111-98 Christmas Day loss to Kevin McHale's squad.

San Antonio's defense has slipped of late, and the team has lost two of its last three -- although losing to Houston and Oklahoma City is nothing most teams would be ashamed of. Against the Rockets a day ago, the Spurs allowed 52.3 percent shooting and 12-of-24 overall. Dallas enters the game as the seventh-best team in terms of offensive ratings and effective field goal percentage, and it's a wonder who will be able to check Monta Ellis from getting to the hoop.

The appetizer: Grizzlies vs. Rockets

Houston has split its last eight games by alternating wins and losses. If that trend continues, it is due for a loss after dropping the Spurs a night ago. In the recent losses, the Rockets have gotten caught up in high-scoring affairs as the second-highest scoring team in the NBA, but it's not a good sign defensively considering Dwight Howard is patrolling the paint.

Forward Zach Randolph and bench spark plug Jerryd Bayless have been rolling for the Grizzlies, who have two wins in a row coming in to Thursday night.

The dessert: Clippers vs. Trail Blazers

The Clippers visit Portland a night after a messy 105-103 loss to the Golden State Warriors. Doc Rivers' team can't afford to lose a game by making mistakes down the stretch, because the Blazers have been exceptional riding the late-game exploits of point guard Damian Lillard.

Expect a high-scoring affair with some back-and-forths, and expect the resulting momentum of winning and losing becoming a big deal for both teams. Los Angeles losing two in a row would cause a little panic, and a loss for Portland is bad news with Miami and Oklahoma City on the schedule to finish out December.

The rest of the games