Sunday night, Nick Young missed a shot he normally makes. We explain how that happened.

Share All sharing options for: Nick Young misses a 360 layup: The full breakdown

With just over nine minutes left to go in Kobe Bryant's return game at Staples Center against the Toronto Raptors, Nick Young did this.

Don't believe me? Here's some evidence.

Nevertheless, we must examine what exactly went wrong with Young's attempt last night. Sometimes, Dirk rushes an open shot and it misses. Sometimes, it's a matter of great defense. What happened to Young this time? A few things.

In both cases, Young snuck around his man to the baseline and got his shoulders by them heading towards the basket. But Young isn't, well, young anymore. He has to work a little harder to get that athleticism back.

This time, Young couldn't get enough distance from his primary defender to get a smooth take-off. Look at the difference in these two screenshots. 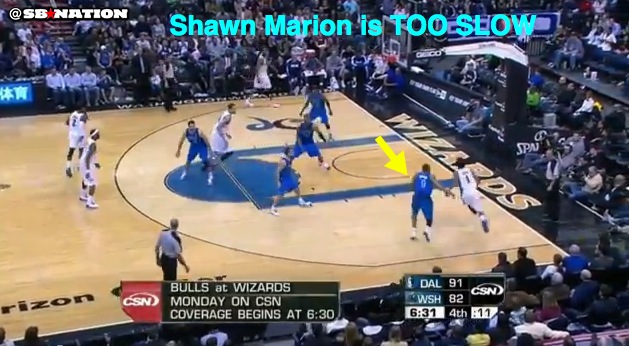 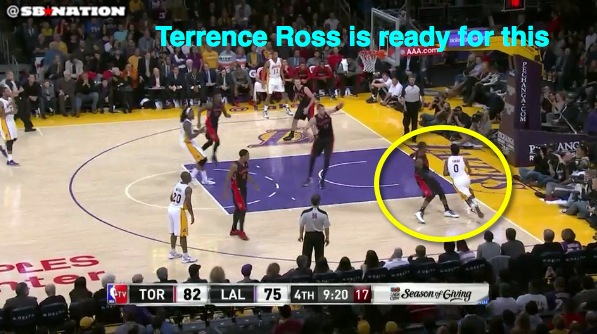 Young can no longer rely only on his athleticism to pull off his signature move. It happens to everyone. He'll adjust.

You have to hand it to the Raptors: they know what Young loves to do and scouted it beautifully. They need to give the person that wrote this in on the scouting report a raise right away. Just textbook work.

And look at this execution! Back when Young victimized the Mavericks, Tyson Chandler had no idea what was coming. 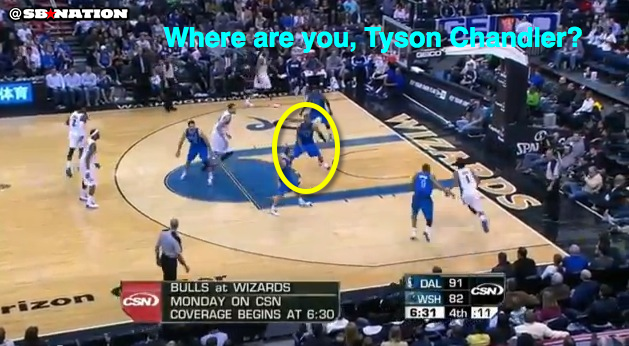 I can't blame Chandler, of course. At the time, how was he to know that Nick Young's 360 layup was one of the league's most devastating shots in the NBA?

But fast forward a few years, and the jig is up on Young. Look at Jonas Valanciunas' position in this shot. 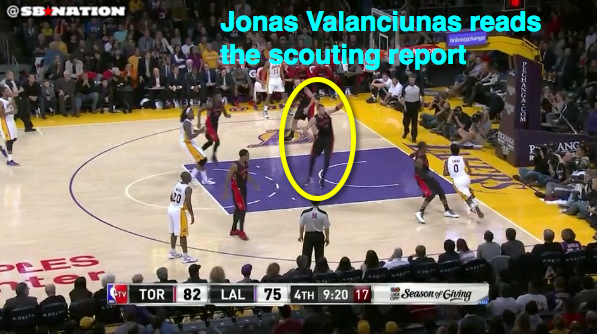 But it's OK. Everyone scouts players' moves these days. The great ones find a way to change things up, and Young will do the same.

The effect of Valanciunas' pre-rotation changes everything. In the first shot, he's able to elude Chandler in mid-air without making a ton of contact to throw off his path. With Valanciunas, on the other hand ... 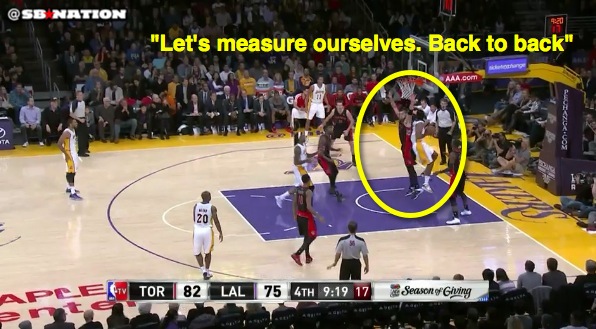 That bump changes EVERYTHING. Young must now try to finish from underneath the basket instead of the other side. Sometimes, the defense finds a way to defend indefensible shots. Nothing to hang your head about.

Young might want to avoid practicing this shot on a 20-foot rim in the future. I know it helps with developing strength to finish, but he can tone it down juuuust a bit. 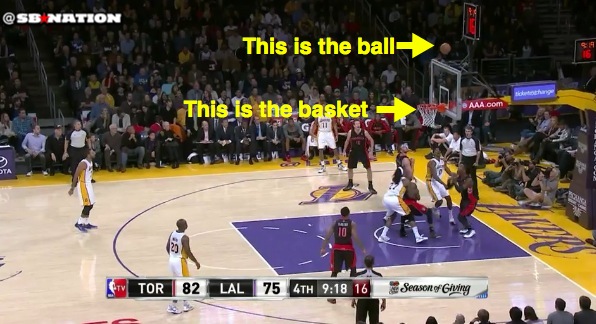 Nothing that an easy tweak can't solve.

Nick, there will be lots of people imploring you to stop shooting 360 layups. Don't listen to them. You've proven you can make the shot. Just tweak a few things and you'll be back to normal in no time.