Michael Jordan at 50: Perception vs. reality for the Greatest of All-Time

Michael Jordan celebrated his 50th birthday on Sunday. The legacy of the game's greatest player endures to this day, but as usual with Jordan, it's not always so simple.

Share All sharing options for: Michael Jordan at 50: Perception vs. reality for the Greatest of All-Time

It was an easy story to miss, buried beneath thousands of eloquent tributes to Michael Jordan on the brink of the man's 50th birthday. Two days before Jordan would officially blow out five decades worth of candles, with all eyes on Houston for NBA All-Star weekend, MJ was in a Charlotte gym playing one-on-one against Michael Kidd-Gilchrist, the 19-year old small forward Jordan's team selected No. 2 overall in the most recent draft.

Kidd-Gilchrist, born 10 days before Jordan would announce his first retirement, never stood a chance. Not this week, at least.

"I lost to a 50-year-old guy," Kidd-Gilchrist admitted to reporters. "He's the greatest man that ever played the game."

That no one thought twice about questioning it made this one of the most telling Jordan tributes in a week full of them. Even nine seasons after he walked off an NBA court for the final time, Jordan's urban legend continues to grow. He still has the basketball world in the palm of his hand. In a past life, Jordan toppled Karl Malone, Charles Barkley, Shawn Kemp and anyone else who had the audacity to stand his way. Now, Jordan seems like he could be the first athlete to ever defeat Father Time.

You can never tell Michael Jordan what to do. He is at the controls, once and forever.

Basketball is the ultimate young man's game. There isn't much that makes sense about a 50-year old man taking out a highly-touted 19-year old at the peak of his physicality, especially when the 50-year old man is 43 lbs. overweight from his playing days. But if there's one thing that's been drilled into everyone's head this week, it's that you can never tell Michael Jordan what to do. He is at the controls, once and forever.

Magic Johnson turned 50 three years ago. Larry Bird turned 50 six years ago. There were stories, I'm sure, about those two icons reaching the milestone birthday, but it was surely nothing compared to the hero-worship that rolled in this week for Jordan. During the weekend the NBA stops to celebrate its biggest and brightest current superstars, All-Star festivities seemed to take a backseat to Jordan. Even now, today's breed of athletes doesn't appear confident they could defeat Jordan at anything more than video games.

That's telling, too. As Jordan's youth slips further and further away, the narrative has changed. In his heyday, Jordan was the greatest pitchman to have ever lived. He was the all-American man. When people thought about Michael Jordan, they thought about Mars Blackmon, "Space Jam" and the "Be Like Mike" song. At this point, everyone knows the other side.

BLOG A BULL: Celebrating MJ at 50

The story of Jordan is one of a constant battle between perception and reality. On one hand, there's the smiling 20-something selling you overpriced sneakers. On the other, there's the man who referred to his teammates as "garbagemen" and demanded the ball even when facing constant double teams. The same borderline sociopathic competitiveness that made Jordan the greatest athlete of all-time also probably made him a rather unlikable person to be around.

Jordan's sharp tongue first became public knowledge when Sam Smith dropped "The Jordan Rules" in 1991 following the Chicago Bulls' first championship, but it didn't really grab hold of the public's attention until his 2009 Hall of Fame speech. No one discounts the fact that Jordan is the best to have ever played the sport of basketball, but MJ still used the occasion to take shots at former GM Jerry Krause and let loose the rest of the resentment he had been harboring from the moment he started playing the game.

Royce White said recently that he believes Jordan had a mental illness. Read "The Jordan Rules", listen to his peers speak about him, watch that Hall of Fame induction speech again. It's hard to disagree.

Wright Thompson's look at MJ at 50 will stand as the most enduring appreciation of the week. "I … I always thought I would die young," Jordan tells him, setting the table for a never-before-told view of the aging icon. Here's the best anecdote:

He's in the middle of an epic game of Bejeweled on his iPad, and (Jordan has) moved past level 100, where he won the title Bejeweled Demigod. He mastered sudoku and won $500 beating Portnoy at it. In the Bahamas, he sent someone down to the Atlantis hotel's gift shop to buy a book of word-search puzzles. In the hotel room, he raced Portnoy and Polk, his lawyer, beating them both. He can see all the words at once, as he used to see a basketball court. "I can't help myself," he says. "It's an addiction. You ask for this special power to achieve these heights, and now you got it and you want to give it back, but you can't. If I could, then I could breathe." 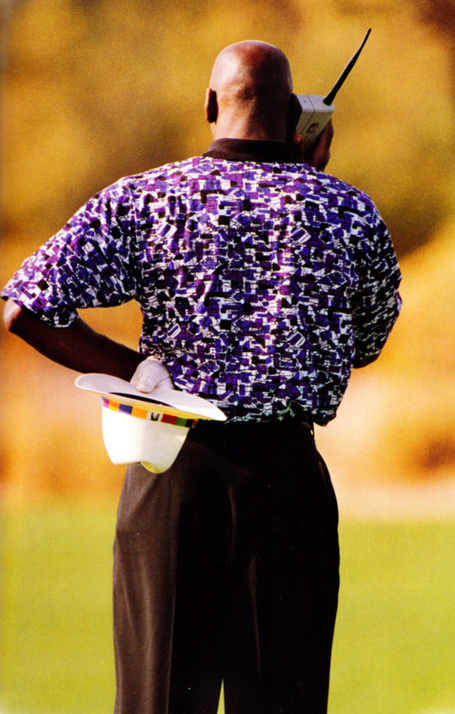 via Pick and Roll

How Jordan's outright dickishness was publicly curtailed for so long remains perhaps the greatest testament to his legend. At the same time Jordan had a choir of children singing "...if I could be like Mike", he was punching Will Perdue and Steve Kerr in the face at practice. He was outwardly criticizing every move Krause made. He was belittling everyone in his way.

There will never be another Michael Jordan for many reasons, but chief among them might be the advent and popularity of AAU. Basketball players are bred as much as they're born nowadays, with the top kids being recognized as early as eighth grade. The best ones are nationally known before they can drive a car. These top players play basketball all year round, spending their summers playing in national tournaments against the best this country has to offer. That's how LeBron was raised, that's how Derrick Rose and Kevin Durant were raised, too.

Everyone else, it would appear, really likes each other. Jordan would have called them all losers before they ever shook his hand.

AAU has helped breed the current too-chummy culture of the modern NBA more than anything else, a bro'd out league dynamic that only Kobe Bryant and Kevin Garnett seem to stand above. Everyone else, it would appear, really likes each other. Jordan would have called them all losers before they ever shook his hand. Just how mean was Jordan? When the portly Krause would walk into the Bulls' locker room, Jordan would moo like a cow. When B.J. Armstrong once complained about a slippery floor following a Chicago loss, Jordan told reporters "I hate when P.J. does that." When Jordan lashed out at Bill Cartwright for not getting him the ball after one game, Cartwright responded by telling Jordan he had two defenders on him.

"Yeah," Jordan said. "But one of them was Fred Roberts."

The lengths to which Jordan went to make his desires known would be unparalleled today. He tried to get Horace Grant traded before the Bulls would win their first championship. He begged the franchise to sign Walter Davis. When Krause traded his good friend Charles Oakley to the Knicks in exchange for Cartwright, Jordan told reporters "I don't know about trading a 24-year old guy for a 34-year old guy."

There are plenty of stories like this throughout "The Jordan Rules", which endures as a page-turner to this day. One of the best stories comes after an exhibition game in Seattle before the Bulls' first title. Rookie guard Gary Payton had fared well against Jordan, and the two had a chance meeting at a Seattle nightclub after the game. Payton thought it was wise to taunt Jordan:

"I've got my millions and I'm buying my Ferraris and Testarossas, too."

This is what happened the next time the Bulls met the Sonics, this time in the regular season:

This is why you don't bat an eyelash when you read that, after Rod Higgins beat Jordan in ping-pong in the late '80s, Jordan rushed to buy a ping-pong table and immediately became the best player on the team. This is why you just shake your head when you read that Jordan called Perdue "Will Vanderbilt" because "he doesn't deserve to be named after a Big Ten school". This is why Grant once voiced his offensive frustration by quoting Martin Luther King Jr.

There will never be another Michael Jordan. These days, people are just too nice.

"I have a dream," Grant told reporters. "I'm going to get the ball."

For children growing up in the Chicago suburbs under the glow of the Bulls' dynasty, MJ was all there was. I had jerseys, posters, shoes and over 100 basketball cards currently collecting dust somewhere in my parents' house. I saw "Space Jam" the weekend it opened. My earliest memory in life is Jordan passing to John Paxson for a series-clinching three-pointer to give the Bulls the first of their three-peats. This was that other side of the coin, where Jordan was a demigod in human clothing, incapable of flaw. There was so much about the man a generation didn't know about him then. Read the tributes and it all starts to make sense.

Even if LeBron James ends with more impressive career numbers, even if Kobe Bryant somehow finds a way to win two more championships, there will never be another Michael Jordan. These days, people are just too nice. 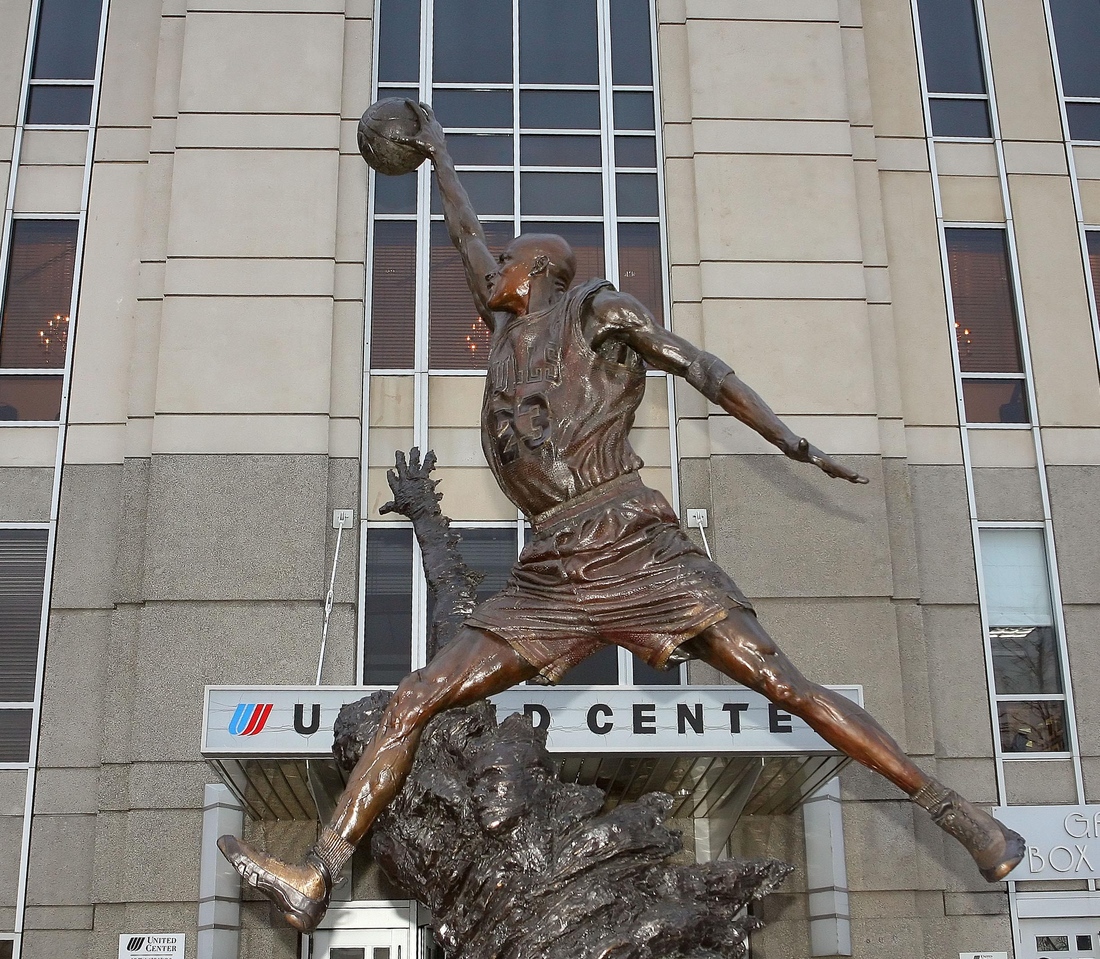