J.R. Smith wants to know if you're trying to get the pipe

After a Deadspin revealed of some of J.R. Smith's direct messages, J.R. Smith has responded.

Share All sharing options for: J.R. Smith wants to know if you're trying to get the pipe

It's no secret J.R. Smith may be one of the best follows on Twitter. He has little to no filter and is, more often than not, entertaining. He's tweeted insults to Kris Humphries and was even fined by the NBA for, uh, inappropriate content.

Fearlessness as a public figure can bite you in the behind, too, and Deadspin had the scoop today with a DM conversation between Smith and a young lady in which Smith asked out of the blue, "You trying to get the pipe?"

Twitter exploded with J.R. Smith jokes, especially those accompanied by the hashtag "youtryingtogetthepipe."

It looked like it would simply be one of those running jokes that would die shortly afterward, but then the man himself responded via Instagram to clarify his statement. 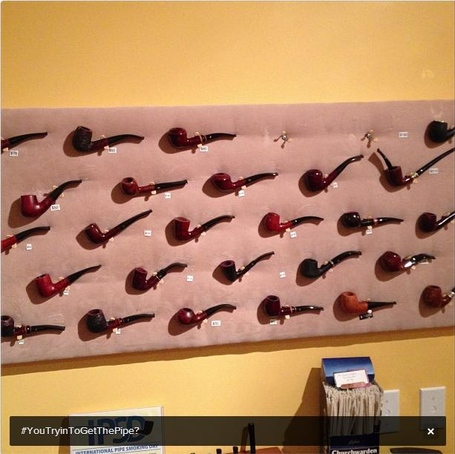 And if you're wondering if J.R. lacks discretion when it comes to age, he also has an update for you today.