The unaired portion of the sad Doug Collins press conference

Share All sharing options for: The unaired portion of the sad Doug Collins press conference

Philadelphia 76ers coach Doug Collins went off on his players and team after a home loss to the lowly Orlando Magic. Here's a transcript of the part of the press conference you may have missed.

Hey Doug, rough game. Losing at home by double-digits to an awful Magic team as a playoff hopeful has got to be the pits. Ready to begin? 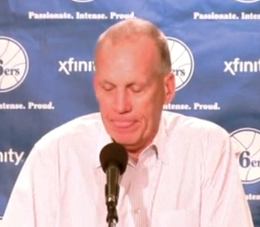 Is something wrong? Did you eat too much Taco Bell during the game? 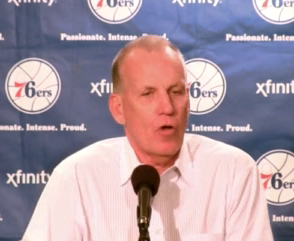 I'll take that as a yes. So your rookie of last year, Nikola Vucevic, was traded this past offseason in the Andrew Bynum deal. He had 19 rebounds tonight. Your current starting center, Spencer Hawes, had one. How do you react to that? 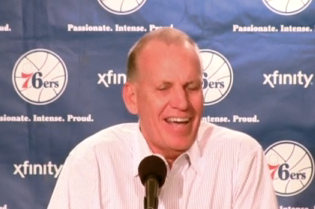 I pretty much felt the same. And how much does it hurt to not have Andrew Bynum to help out?

Mhm. [scribbles furiously in notepad] OK, moving onward. Nick Young went 1-for-6 from the field. Would you say he needed more swag tonight?

But seriously, did he need more swag? 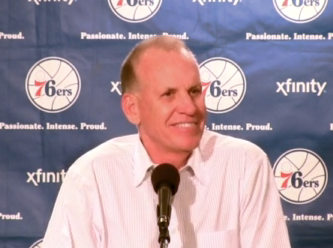 Pleading the fifth, I see, heh heh. [Writes "yes" in notepad]. The team lost Lou Williams in the offseason. Despite the addition in swag, did you lose too much in rapping ability? 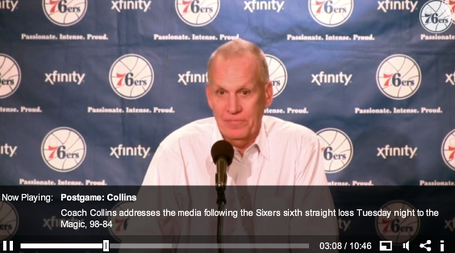 Speaking of rapping, how do you feel about the Will Smith 76ers ownership era? 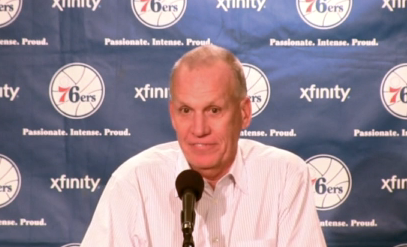 Wait -- don't answer that. One last question, how's the outlook for the team looking down the line?

(All screenshots via this video).

• GIFs: The NBA's week in worst