On the morning after Stephen Curry's 54-point outburst in Madison Square Garden, we remember just how far he fell in the 2009 NBA Draft and just how close he came to becoming a Knick.

Share All sharing options for: The sad song of Stephen Curry regret

In 2009, Wardell Stephen Curry II declared for the NBA Draft. Although he was small in stature and lacking classic point guard skills, Curry's shooting prowess at tiny Davidson College made him a lottery pick in what many considered a shaky draft.

The only question was, where would Curry fall? Let's review:

Now with his fourth team in four seasons, the raw UConn big man is finally coming into his own as a backup center with the Thunder, averaging 2.5 points and almost three rebounds in 12 minutes a night. That's Greg Kite work if you can get it. 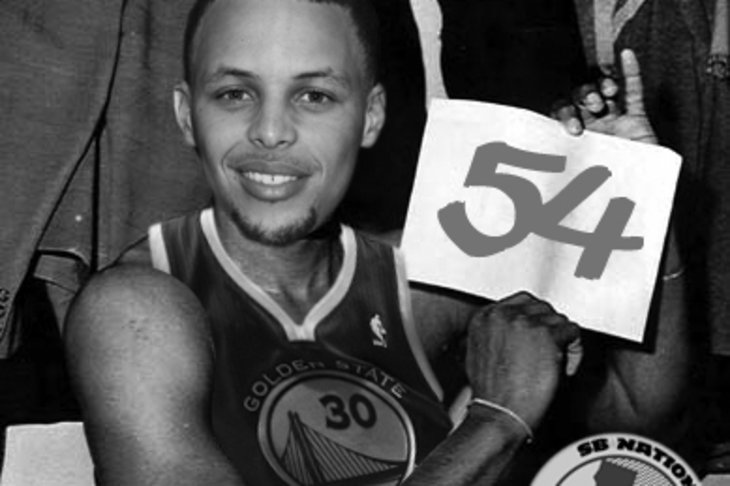 Golden State of Mind with more on Curry's big night

It's almost like Sam Presti knows what he's doing.

No snark, this wasn't a terrible pick. Evans went on to win Rookie of the Year, drawing comparisons to fellow Memphis Tiger product Derrick Rose, but ... yeah.

We'll get to David Kahn in a minute, but first let's shame the Washington Wizards, who traded the pick for Randy Foye and Mike Miller in a classic Ernie Grunfeldian gambit to WIN NOW.

And it worked, kind of. Employing no fewer than 26 different players, the Wizards won seven more games than the previous season, finishing 26-56. Miller missed 28 games with various injuries and both he and Foye signed with other teams in free agency after one year, clearing the way for the next step in a never-ending rebuilding phase.

On Wednesday night, Curry scored 54 points against the Knicks on 28 shots, which is basically impossible unless you make 11-of-13 3-pointers and go 7-for-7 from the free-throw line. It kind of makes you wonder how he missed twice.

That followed a game on Tuesday in which he scored 38 points on 20 shots, which let's see ... is 92 points on 48 shots and 18-for-23 from behind the arc. Steph Curry just blew up the efficiency machine.

8. The New York Knicks wanted to select Curry, but settled for Jordan Hill.

Who they promptly traded after 24 games.

You know who else was feeling blue after Curry's outburst? His old running mate Monta Ellis, who knocked home an insane 30-footer at the buzzer to help the Bucks beat Houston on Wednesday, capping off a classic Monta line of 27 points on 9-for-24 shooting with 13 assists, six rebounds and six steals that no one will remember thanks to Curry's brilliance.

• How Bradley Beal broke out

• Watch the Warriors and Pacers brawl

• Is Doug Collins trying to get fired?