Without Rajon Rondo, the Celtics have won their last six games. Avery Bradley is the personification of Boston's grind-it-out, selfless style.

Share All sharing options for: Avery Bradley provides a jolt for Celtics as Rajon Rondo recovers

TORONTO -- Surprise! The Boston Celtics are 6-0 since Rajon Rondo tore his ACL. They're forcing opposing defenses to move more, think more and adjust to their unpredictability. They're playing with the urgency and camaraderie so familiar in Boston, so missed for so much of this messy season.

Starting Avery Bradley at point guard is a decidedly different look, but the Celtics are winning the way they were in years past when Rondo was running the show. They have a championship-caliber defense and an offense just good enough to grind games out, Thursday's 116-95 explosion against the Los Angeles Lakers excepted.

No one embodies their recaptured spirit and script for success better than Bradley. He's not the craftiest creator but he's an opportunistic scorer. If you turn your head, he's cutting backdoor and getting an easy layup or attracting attention. You'd hate him to guard you -- he'll pick you up with full-court pressure and force your team to cross halfcourt and get into its sets a few precious seconds late. It doesn't matter if you're Steve Nash or Steve Blake, he'll crowd you, hound you, make you expend extra energy.

FLANNERY: No mercy for Dwight in Boston | CelticsBlog

Playing that kind of defense is tiring, difficult and hardly anyone is effective enough to slow point guards with NBA-level skills and speed. While Bradley says matching up with the league's best is "what I play this game for," you almost never see defenders do what he does.

"You look around the league, they're slim to none in this league right now," said Celtics guard Jason Terry. "The guy that I think of most who was one of my former teammates is Darrell Armstrong. He was the only guy that really got up and impacted the game with his pressure defense [like Bradley]." 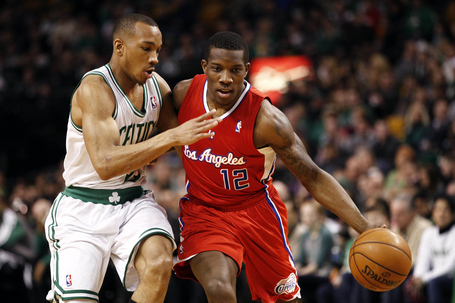 "It is rare," Celtics head coach Doc Rivers said. "It's not a lot of guys. I think [Clippers guard Eric] Bledsoe does it pretty well -- the fact we can name them, I don't think we can get to five really. And what makes both of those guys special is that they do it every night. It's hard to do it every night and all game. It really is, just from an energy standpoint alone and a wheels standpoint. You see bigs in the backcourt trying to pick them the entire game and even that's good for us. That means two guys are now back out of position and it makes it slower for them to start their offense."

Bradley's offensive game is miles from where it was when he came into the league two seasons ago. Recovering from ankle surgery, he missed summer league and training camp. He played spot minutes in 2010-11, looking sometimes scared to shoot, tentative and timid. With time and repetition, though, things slowed down. Bradley became an impact player last year, unseating Ray Allen as Boston's starting shooting guard. He made his mark as a threat behind the three-point arc and up and down the baseline.

Now his focus is on becoming better with the ball, improving his team defense and understanding what both his team and his opponents are running. Having future Hall of Famers on his side doesn't hurt.

"One thing KG told me yesterday -- it just shows what kind of leadership we have -- he said you want to be able to sit down and be able to look at your first year, then your second year, your third year and so on and so on and say that you improved in a part of your game every single year," Bradley said. "And he said if you've done that, you should feel like you got everything out of this game."

While Garnett is the loudest voice on the court, Bradley stressed he has lots of help.

"The craziest thing is it's not just him. It's everybody," said Bradley. "That's why we're the type of team that we are and can fight through anything. Because we all care about each other and we all want to see each other do well, always want to help each other out."

Rondo learned about leadership from Garnett and paid it forward to Bradley.

"[Rondo] was like a role model, brother to me, somebody that always wanted to see me do well," said Bradley. "He probably saw himself in me, obviously, because I think when he came to the Celtics he wasn't really playing. They were losing at the time, it was hard for him and he saw a little bit what I was going through and he was somebody there to pick me up. Sometimes it's not always like that, but we're like a family and he's been helping me since Day 1."

Bradley is the nominal point guard in Boston's starting five but he's in no way replacing Rondo as the rudder for the offense. In the last six games, he's shooting, scoring and assisting at about the same rate as he did earlier in the season.

"He's doing great," Rivers said of Bradley's recent play. "I mean, he really isn't doing much different. We've just asked him to be the defender that he is. Everyone is taking up the responsibility, we don't really have one guy -- everybody brings the ball up the floor: Jeff Green, Paul [Pierce], Avery, [Jason Terry], Courtney [Lee] -- we just try to eliminate pressure. And then our offense starts on its own, the first pass basically starts the offense. So it doesn't really matter who starts it and we've done pretty well with it so far."

It's not about replicating or even resembling Rondo, but Bradley is trying to be better at seeing the floor. Rondo sees angles no one else does; Bradley's just trying to do the little things to keep the offense functioning. 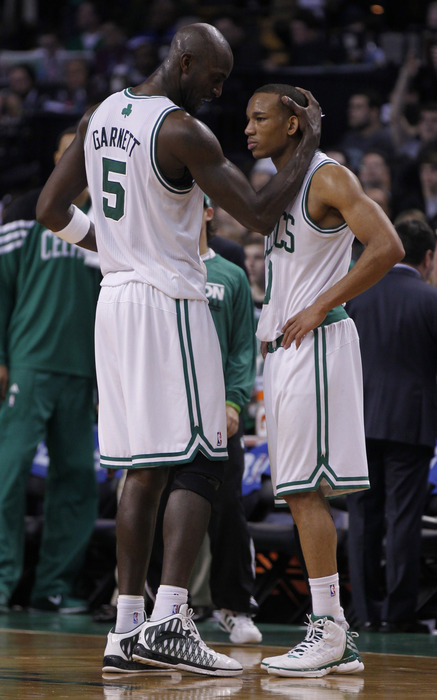 "To go back to KG -- even yesterday in practice he helped me out with some decisions I can make [at] point guard," Bradley said. "He's not a point guard. But he understands the game and knows the game so well. Even Jason Terry, during the game he pulls me to the side and always tells me, ‘Look for this option, look for this option.' People [are] just helping me every single game so I can become the best player I can be."

Terry helping Bradley is nothing new. A Seattle native, Terry first encountered Bradley when the latter was a high schooler at Bellarmine Prep in Tacoma and they'd scrimmage in the summer.

"I've been very proud of him just because, one, he's a hard worker," said Terry. "To see where he's come from since his junior year in high school to now, he's just made steps -- leaps and bounds. And he still has a long way to go but where he's at right now is a great position. He [had] a setback with his injuries but he stayed optimistic, he stayed working hard and I think he has a bright future in this league."

The injuries -- the aforementioned ankle, then the two shoulder surgeries that kept him sidelined during last year's Conference Finals and the first two months of this season -- allow Bradley to relate to Rondo.

"Even sometimes he's not able to watch the games but I know that he's supporting us every single night," Bradley said. "But I know it's hard on him. It was hard on Jeff too last year ... We just would watch the games and text each other back and forth, like, ‘Man, it sucks being injured, not being able to play.' So it's hard but now I can give him a few pointers, seeing that I had three surgeries already I can just tell him to take his time, hope he gets better and keep his confidence up so he doesn't get down on himself because it's hard not being able to do the things that you're used to doing in everyday life."

In the game immediately preceding this recent run, the Celtics surrendered a 27-point lead in Atlanta and dropped their sixth straight to fall to 20-23. That was the night Rondo got hurt, and with the news came talk of trades, tanking and time running out on the Garnett-Pierce era.

While splitting the Celtics up is still a subject of some speculation, observers are now trying to make sense of this streak. They're even asking if the team is better without their floor general, four-time All-Star and the league's assist leader.

"I think it's crazy that people would say that we're better without him," said Bradley. "I think that's ridiculous. And I think it's crazy that a lot of people are doubting us, saying that we don't have a chance now. It's unfortunate to lose a guy like that but we're going to battle for him and Jared [Sullinger, sidelined because of back surgery] every single game. That's what we've been doing. That's what mentality we have. Every game is like a war to us. That's just how we play, that's how the Celtics play. It doesn't matter what anybody else thinks, that's how we think of it. We just worry about each other and care about each other and go out there and play for each other."