DeAndre Jordan, Brandon Knight and the dunk heard 'round the world

DeAndre Jordan did a real bad thing to Brandon Knight on Sunday. And the Internet was on its "A" game with the reaction.

Share All sharing options for: DeAndre Jordan, Brandon Knight and the dunk heard 'round the world

There's a good reason the Los Angeles Clippers are nicknamed "Lob City." And while Blake Griffin has done his fair share of embarrassing helpless opponents on ferocious dunks, he may have been one-upped by teammate DeAndre Jordan on Sunday night.

Midway through the Clippers' 129-97 thrashing of the Detroit Pistons, Jordan did this to poor little Brandon Knight:

Want that in GIF form? We got you covered.

The massive slam delighted the crowd, especially a group of youngsters who were sitting courtside (although the blonde in the bottom right certainly does not look impressed):

And of course, this is the dunk with the subtext visible:

Even more hilarious than the jovial kids was Jordan's own reaction, as he himself was in awe of the destruction that he wrought on Knight:

Of course, when important things like epic posterizations happen in NBA games, the Internet is quick to jump all over it. And as usual, the Internet did not disappoint. Jordan's dunk face spawned some greatness: 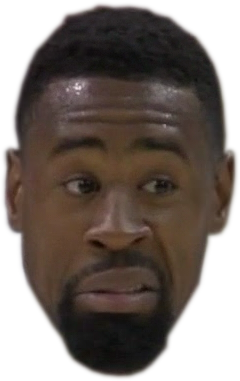 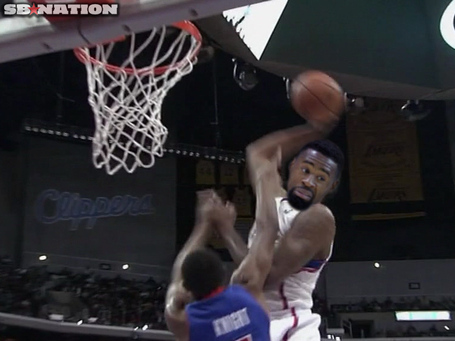 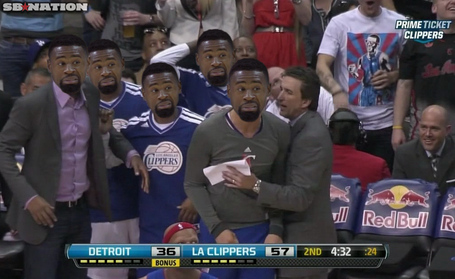 And yes, he's seen the replays we've all seen.

Next, we have this handy little guide to Knight's rough season, which has also included getting dunked on by Kobe Bryant and getting crossed up by Kyrie Irving:

Then there's the natural comparison to the Manny Pacquiao knockout:

Filed under the heartbreaking category, we have little Simba from "The Lion King" looking on in horror as Knight lays on the court. And if you remember, this was also done with Derrick Rose when he tore his ACL:

Damn look what they added to the court @brandonknight07twitpic.com/cadd0e

And a little snarky addition to Knight's Wikipedia page:

All right then, wikipedia vandals. twitter.com/BrianMFloyd/st…

Finally, we will leave you with this really cool "poster" of the dunk, courtesy of ESPN: 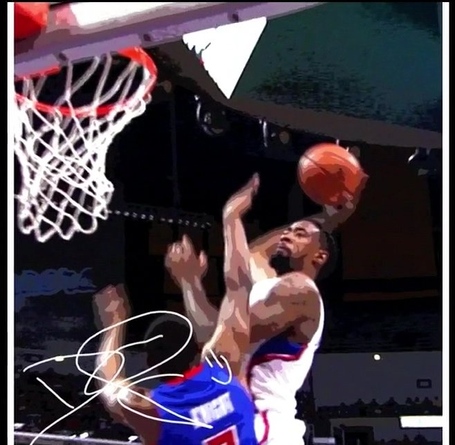 Update: A-ha! Turns out Knight did check Twitter, joining the fun with jokes of his own:

• Ziller: Are the Nuggets championship contenders?

Lakers slide into 8th seed with win over Bulls