Derrick Rose injury: Bulls want star back with no restrictions, according to report

The Chicago Bulls don't want to bring back point guard Derrick Rose until he's ready to go at 110 mph.

Share All sharing options for: Derrick Rose injury: Bulls want star back with no restrictions, according to report

The Chicago Bulls have kept their silence regarding the status of guard Derrick Rose and his eventual return from an ACL injury, but an insider tells HoopsWorld.com's Steve Kyler that the reasoning for an indefinite scheduling of his return stems from the team's desire to bring Rose back when he's more than ready.

That means no restrictions either by minutes or otherwise.

Soreness is one thing that the Bulls want to resolve before throwing Rose into game action. The point guard's well-known competitiveness and intensity are indeed what drives him, and even a seemingly minor issue of hamstring soreness, as recently reported by ESPN's Doris Burke, could be enough for Chicago to remain patient. Sources told Kyler that the Bulls don't want either the minutes restriction of a mental restriction limiting Rose from going at his usual full speed. In other words, they want Derrick Rose to "be Derrick."

Does Roes owe Chicago anything? 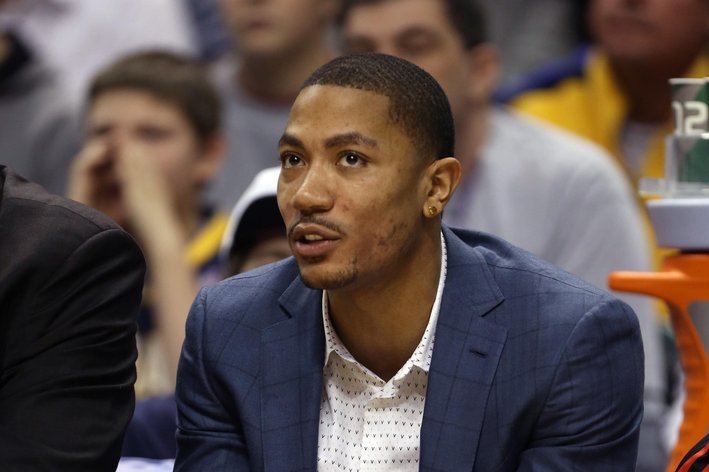 Does he owe his teammates and fans a return this season?

As it stands, Chicago is in decent playoff positioning having played the entire season without its star. The Bulls are fifth in the Eastern Conference with a 35-28 record, two games behind the Brooklyn Nets and a half-game ahead of both the Boston Celtics and Atlanta Hawks.

And with the returns of NBA players from knee injuries at times taking bad turns before good ones -- see Ricky Rubio's slow return from an ACL injury and Danny Granger's brief stint before he returned to the sideline -- the Bulls' patience is seemingly a safer route to avoid any steps backward in Rose's recovery.