Charles Barkley on the Lakers, Deandre Jordan's dunk, the NBA Draft, and more

Charles Barkley held court with the media this week to talk about the Lakers, Deandre Jordan and Twitter, and so much more.

Share All sharing options for: Charles Barkley on the Lakers, Deandre Jordan's dunk, the NBA Draft, and more

It's always fun when Charles Barkley decides to give an interview and ramble about anything from Brett Favre to college football celebrations to NBA Conspiracy Theories. This week he stuck to basketball, but still managed to do his fair share of rambling.

"Twitter and social media have taken sports to a whole other level," Barkley said. "That's just the way it is. That was a terrific dunk, obviously. But listen, I played against Michael Jordan and guys like that, so nothing is going to be surprise me." 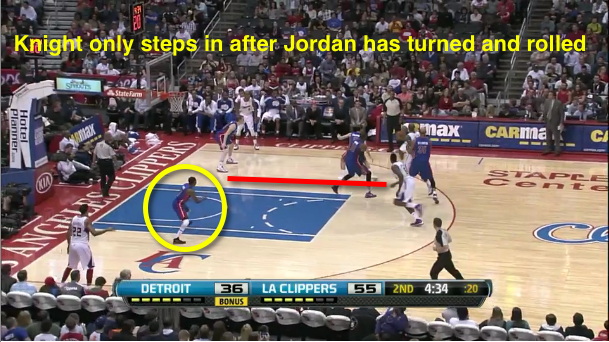 "Listen, I don't think the Lakers are going to make the playoffs," Barkley said. "There are three legitimate teams in the West: Memphis, San Antonio and Oklahoma City, and the Lakers can't beat any of those three teams."

"That's a great point but these owners are greedy pigs," Barkley said. "If we started the season around Christmas and played, say, 70 games, we would stay from football and college football. I think if we played 70 games and started later we would benefit."

"You can't look yourself in the mirror after one year of college and say I'm ready for the NBA," Barkley said. "That's not an honest thing. I understand you want the money but you can't sit there and tell me, 'I'm ready for the NBA.' ... now every [college] guy is like, 'I'm going in like Kobe.' You can tell watching them play they think they are going to the NBA after one year. They should not be thinking like that. If you are kicking ass every night, we will tell you should come to the NBA. Some guys go in the second round, and if you go in the second round, you should not leave college. If you are a lottery pick, you should leave college; I agree with that. But some guys are leaving college, they go in the second round, and end up in the (bleeping) D-League."

Sports Illustrated's Richard Deitsch has the full collection of quotes over here, where Barkley also shares some rambling insight into the Knicks and Nets, Dwight Howard, and the Winter Olympics. "**** the Winter Olympics," he says. Charles Barkley is a National Treasure.