Carmelo Anthony returns to Denver for the first time Wednesday night to face a Nuggets team that has been practically unbeatable at home this season.

After Carmelo Anthony forced his way out of Denver two years ago, he likely expected to find greener (and more victorious) pastures elsewhere. When he brings his New York Knicks to face his former team Wednesday night, he may discover how misplaced those expectations might have been.

Returning to the Mile High City for the first time since the blockbuster trade that forever changed two franchises, Anthony brings the Knicks to the Pepsi Center to face one of the league's best teams, his former team, the Denver Nuggets.

While trades like the one that sent Anthony to New York in 2011 typically signify the first step in a franchise's rebuilding period, the Nuggets have quickly turned around their roster, primarily through the pieces acquired as part of that huge deal. 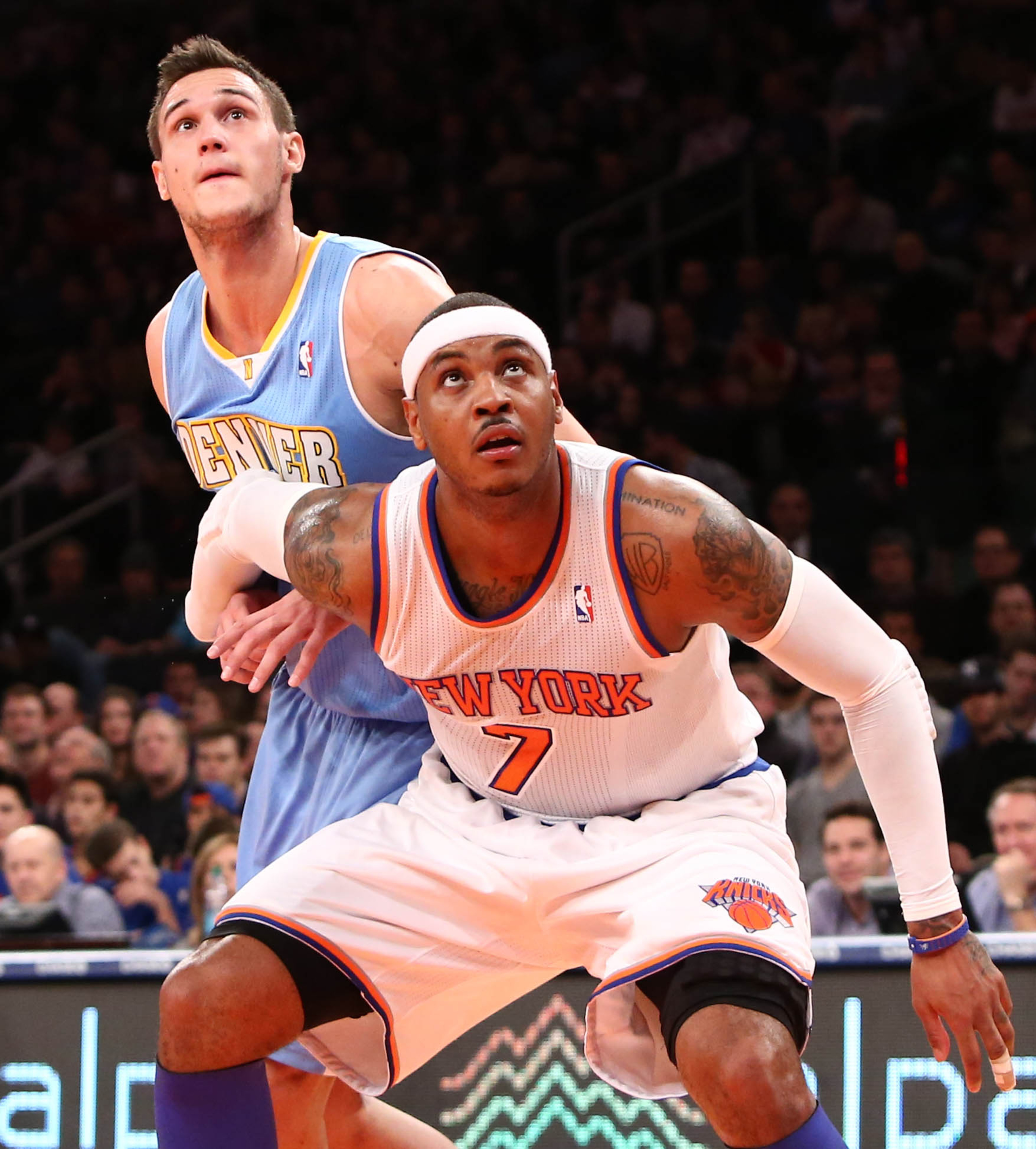 Only one player on Denver's roster, point guard Ty Lawson, was even with the team back when Melo was still around, which reflects how quickly Nuggets GM Masai Ujiri has been able to rebuild the franchise despite the absence of a superstar player.

With such a deep roster at the disposal of a seasoned coach in George Karl, the Nuggets have thrived this season, posting a 43-22 record while in the midst of a nine-game winning streak. If things hold up, that will be good enough for the fifth seed in the West.

However, the Nuggets still badly need victories down the stretch this season with the possibility of landing homecourt advantage still looming. One of the best teams in the NBA playing at home, Denver is only one and a half games behind the Memphis Grizzlies for the fourth seed, which would secure homecourt advantage in the first round of the playoffs.

Though the Knicks haven't played as well as the Nuggets this season, they're arguably in a stronger position as the current No. 2 seed in the East. Given the lack of elite teams in the conference outside of Miami, New York has positioned itself as one of many teams in the second-tier -- only five games separate the Knicks from seventh-seeded Atlanta.

Anthony has been battling a knee injury in recent weeks -- one bad enough that he says he'll never be "100 percent" again -- which has Posting and Toasting, SB Nation's Knicks blog, wondering if he's playing simply because of the circumstances regarding his former team.

Considering that both teams could badly use the better seeding to avoid tougher match-ups and circumstances, one could also see Anthony's presence through that prism, but caution is warranted given how important he is to the franchise.

Wednesday's game begins at 10:30 p.m. ET and will be broadcast on ESPN.