Kendall Marshall, John Henson, Tyler Zeller and Harrison Barnes grew up together on the campus of North Carolina. Now, as they're dispersed across the NBA landscape, they keep that connection strong.

Share All sharing options for: North Carolina rookies bound together by college connection

It's bittersweet for Kendall Marshall to watch North Carolina games. It's tough being separated from those teammates, that locker room, that atmosphere. There's nothing like hearing the cheers at a sold-out Dean Dome or getting off the bus in Durham to boos from Duke fans.

There's also nothing like seeing those close to you succeed. Marshall and fellow rookies John Henson, Harrison Barnes and Tyler Zeller saw guys on this year's team grow up. They matured alongside them, under UNC head coach Roy Williams, the man who placed a FaceTime call to Marshall earlier this month and had it go unanswered at first.

"Let me give you a little background on Coach Williams," Marshall said in a phone interview with SB Nation. "He doesn't know to turn on a computer. He doesn't know how to use Twitter; he called it ‘Tweeter' my whole freshman year. He's not the most technology-savvy person I know. So when he first called me on FaceTime, I figured it was a mistake. I let it go.

"Then I was like, ‘Well, let me call him back just in case,' and he answered on the FaceTime call. The first thing he said was, ‘You're surprised I can do that, aren't you?'"

Marshall starting to find his groove 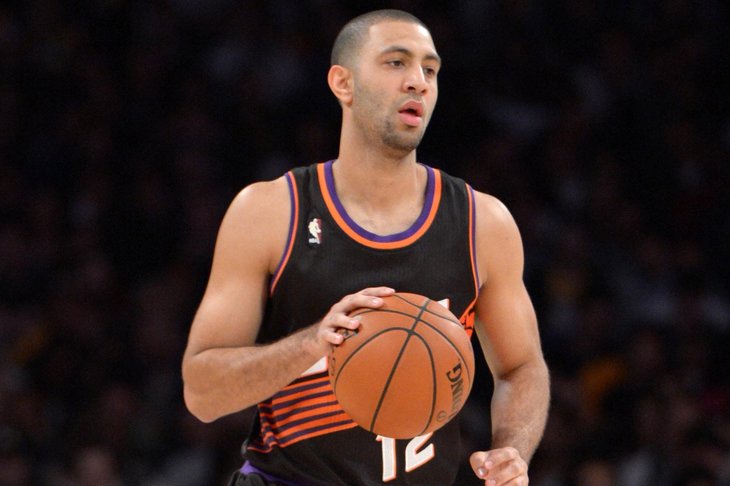 Bright Side of the Sun charts their rookie's growth.

Williams checks in on his players to see how their families are doing, how things are going on the court. He tells them how practices are going in Chapel Hill, how players are developing.

"We talk about little stuff," Marshall said. "Like, I used to eat peach cobbler every day before away games. He asked me if I still get to do that, and I tell him, ‘No.' But we talk about everything."

Over the All-Star break, Marshall visited Chapel Hill. He watched the Tar Heels play Duke with about 300 students in a small theater on campus. He watched them play Virginia in person. He felt like he was in college again.

In the summer he'll be back as a Carolina pro. He remembered Raymond Felton, Jawad Williams, Sean May and Rasheed Wallace playing pickup during the NBA lockout. The clear-cut preseason No. 1 team, on the cover of SLAM, the Tar Heels were "kind of feeling ourselves a little bit," Marshall said.

"But when you have those guys coming in there every single day, kicking your butt ... it really keeps you grounded."

Asked what he missed the most about college, Marshall didn't need to give it any thought. "My teammates," he said.

"It's one of those things where I don't see us ever not being close." -Kendall Marshall

"It's one of those things where I don't see us ever not being close," Marshall said.

It's been over a year now since he's dished an assist to anyone wearing a Tar Heels jersey, yet he feels weird referring to himself as a Carolina alum. A year ago in St. Louis, Marshall watched the Kansas Jayhawks end the Tar Heels' season in the Elite 8, sidelined with a fractured wrist. A day ago in Phoenix, he watched the Jayhawks end the Tar Heels' season in the Round of 32. Then he suited up for the Suns to play against the Brooklyn Nets.

Last year and the year before that, Marshall lived with Barnes, Henson and Reggie Bullock. While Bullock just finished his junior season, Marshall, Barnes and Henson are navigating a new world. As rookies in the NBA, the distance makes it drastically different but they're trying to remain as close as they can be.

"When you're living together, you go to practice together, you have classes together, you eat together, you're together 24/7, you really grow and become fond of one another," Marshall said. "And not a day goes by that me and John or me and Harrison aren't texting, seeing what's going on, seeing how the games are going, what city we're in and just checking in on each other and I think it's comforting."

The day before the Milwaukee Bucks played in Phoenix in January, Marshall and Henson briefly shared the same space again. Hanging at Marshall's house, the television tuned to ESPN, they watched Barnes and the Golden State Warriors match up against LeBron James and the Miami Heat. For Marshall, it was the off-court highlight of his season.

While that kind of night is almost never accommodated by the NBA schedule, technology allows the former teammates to keep tabs on each other.

"League Pass is definitely a gift from God," Marshall said. 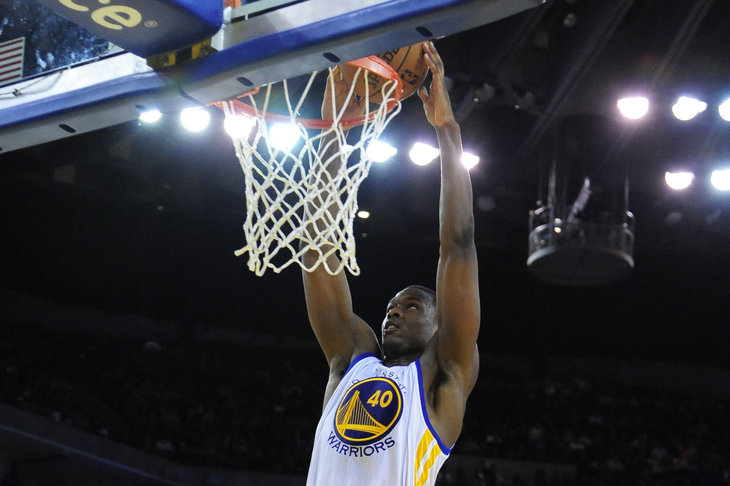 SB Nation's Warriors blog caught up with their star rookie.

"Whether it's on my phone in a hotel, if I'm at the house, I try to catch as many of their games as possible," Marshall continued. "And if we're playing on the same night the first thing I do when I go to my phone is check their box score to see how they played, see how much they played ‘cause that usually determines what kind of text I'm sending them after the game."

Marshall and Henson, like most rookies, see their playing time fluctuate from game to game. Marshall's been in the rotation for the last seven weeks but played only 34 NBA minutes in November, 11 in a December mostly spent in the D-League and 21 in January. Henson scored 17 points and grabbed 18 rebounds against the Heat in November, then played just one minute in his next game.

"I text him and I'll be like, ‘This is crazy, I only played eight minutes tonight, no idea why,'" Marshall said. "He'll be like, ‘Well, I played five.'"

Both are affected by constraints they can't control. A pure point guard playing on the worst team in the Western Conference, it isn't easy for Marshall to accumulate assists. A power forward on a Bucks team loaded at his position, it's hard for Henson just to get on the floor.

"I probably talk to John more than any of the guys," Marshall said. "We always joke around, I tell him that his per-48 is probably the craziest in the league. [Per 48 minutes, Henson is averaging 22.4 points, 16.4 rebounds and 2.0 blocks.] As a rookie, if you're not one of those marquee guys you're going to go through it."

Part of keeping positive for Henson is trying to learn from the big men who are playing in front of him. Another is focusing on the fact his team is headed to the playoffs.

"I'm blessed to get a chance to play in the NBA," Henson said. "I think I got a great situation. We're a playoff team ... It's always good to win. It's something that I gotta keep playing hard and keep being ready to play and that's what I'm gonna do."

Barnes doesn't need to convince anyone he's in a great situation. Starting at small forward for the playoff-bound Warriors, his team counts on him and challenges him to be aggressive at all times. With so many offensive weapons, though, it'd be easy to just try to fit in. Fortunately his experience at UNC prepared him to play with other capable scorers.

"The biggest thing [UNC] helped me with was just playing alongside great players." -Harrison Barnes

"It's good to see him [playing] well, man, because he got a lot of hell in college," said Henson. "I don't know if they were expecting him to average 35 at UNC but now he's showing everybody that he can play which is great."

"Even now, seeing him play, I don't even recognize him," Marshall said. "He's a slasher, he rebounds, he's trying to dunk everything. I'm like, ‘Where's that dude that shot a lot of jump shots at Carolina?' I love the way he's been able to change his game to fit his team."

Every time Barnes throws down a nasty dunk -- he has three of the season's best -- he'll get texts from Tar Heel teammates. And if you end up on the opposite end of it, like Henson did courtesy of LeBron James recently, you can expect even more of a reaction.

One of Harrison Barnes' monster dunks.

"We have a big group chat of all Carolina guys and we made sure that we let him know about it," Marshall said.

Zeller, the fourth Tar Heel selected in the 2012 draft, lived alone rather than with his teammates in Chapel Hill. The Cleveland Cavaliers center Marshall described as "very mature" might not be texting his former teammates daily, but Carolina blue still binds them. He attended that Virginia game over All-Star weekend, too. At halftime UNC honored his jersey and raised it to the rafters.

"It's just fun to be able to watch ‘em and try to go through the same things with them and see what they're doing," Zeller said.

When big man Anderson Varejao hurt his knee in December, Zeller slid into the first five. That's where he has stayed with Varejao out for the season. Going from battling college bigs to NBA reserves to NBA starters, his learning curve steepened earlier than expected.

"The thing with college big guys is they're either really big or they're really tall and skinny or they don't know how to use their weight," Zeller said. "You're going against people now that can move really well, they're really strong and they know how to play, so it's a tough challenge."

"He's got a great opportunity in Cleveland," Marshall said. They have a bunch of young guys and you hate to see anybody get hurt, but I think it worked out to the point where now he has a chance to be out there playing through mistakes. I think he's taken full advantage of it."

Marshall's taken advantage of his opportunity, too. It was hard collecting DNP-CDs earlier in the year and it's still hard losing, but now he's playing and contributing, showing his next-level court vision and passing instincts. Last week he called it "a dream come true" to play against Steve Nash, the man he thought he'd be backing up when the Suns selected him. In that game, he finished with 11 points, five assists and five rebounds in a 23-point victory over the Lakers, the high point of his first NBA season.

"We have a different type of bond. That Carolina basketball family is like no other."-Kendall Marshall

After a brief verbal back-and-forth with Dwight Howard when he felt Howard was holding his teammate, he took a moment to process the situation.

"I just sat there for a second like, ‘I'm really going back and forth with Dwight Howard right now,'" Marshall remembered.

As NBA moments pile up for these rookies, they know Tar Heels are there for each other year-round, through ups and downs. If you play for North Carolina, North Carolina is a part of you.

"A lot of my teammates tell me in the pros that the older you get, the less you'll watch, being that these aren't guys that you went to school with anymore," Marshall said. "But I feel like we have a different type of bond. That Carolina basketball family is like no other."

• Florida Gulf Coast makes history by advancing to the Sweet 16

• The best and worst of Sunday's Madness

• Miami photobombs, dances, does it all