Why Shabazz Muhammad's age is a big deal

The news that Shabazz Muhammad and his family lied about his age makes a big difference with how we view him as an NBA prospect.

Share All sharing options for: Why Shabazz Muhammad's age is a big deal

A season that began with so much promise for UCLA and Shabazz Muhammad ended with a thud in the Round of 64 of the NCAA Tournament. Friday morning, the Los Angeles Times broke the news that Shabazz and his family had been lying about his age, holding him back an extra year in order to give him a leg up against younger players. Struggling with the weight of yet another off-the-court scandal as well as an athletic Minnesota frontline, Muhammad went 6-18 in his final collegiate game, an 82-62 drubbing at the hands of the Gophers.

Muhammad, the consensus No. 1 player in the high school Class of 2012, was supposed to have a freshman year similar to Anthony Davis last season. Instead, his one season at Westwood was strikingly similar to O.J. Mayo's only season at cross-town rival USC. Like Muhammad, Mayo made his name playing against younger players on the AAU circuit but couldn't translate that dominance when matched up against his true peers in college. While they were both productive as freshmen, neither looked like the future All-Star their recruiting rankings suggested they would be. As a result, they earned somewhat unfair reputations as malcontents, victims of a culture that views high school rankings as the ultimate goal rather than a small step on a much longer journey.

On the surface, Muhammad being 20 rather than 19 doesn't seem like that big a deal. However, in youth sports, an extra year can create a huge edge in both physical and emotional maturity. That's why, as Malcolm Gladwell pointed out in his book "Outliers," most great Canadian hockey players are born early in the year, just after the Jan. 1 cut-off date for determining their eligibility in youth leagues. Players born in January have an 11-month advantage over players born in December, which translates into an edge in size, speed and confidence that can be insurmountable. For Muhammad, being held a year back meant he was in the Class of 2012 rather than 2011, even though he's as old as many players in the Class of 2010.

Shabazz being 20 is a big deal 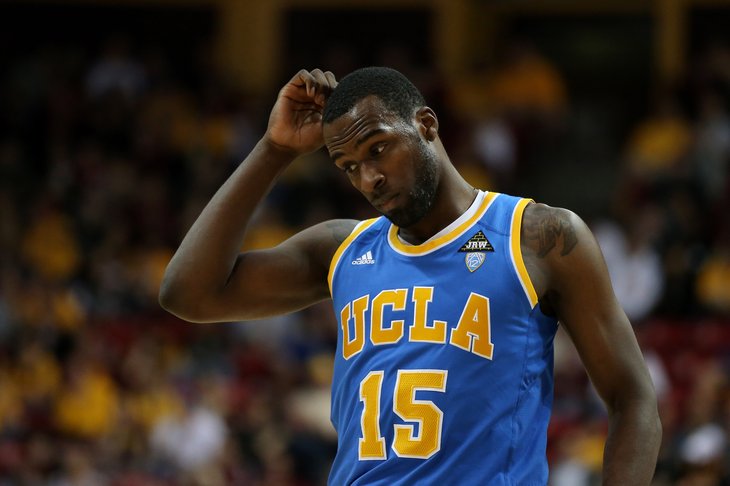 In comparison to his actual peers, his accomplishments this season aren't as impressive. While freshmen like Glenn Robinson III (born in 1994) and Alex Poythress (1993) struggled with their confidence and consistency, Muhammad (1992) was a scoring machine, averaging 18 points and five rebounds on 44 percent from the field, 37 percent from three-point range and 71 percent from the free-throw line. However, those are somewhat underwhelming numbers for an elite sophomore, especially because the very best 20-year-olds are already in the NBA. If Muhammad is going to become an All-Star at the next level, he'll have to beat out small forwards like Michael Kidd-Gilchrist, Tobias Harris and Harrison Barnes. All three were also born in 1992 and have been cutting their teeth against older players their entire careers.

His age becomes even more of a concern when you evaluate his game more closely. A 6'6, 225-pound small forward with a 6'11 wingspan that plays primarily below the rim, Muhammad is undersized and unathletic for his position at the next level. Rather than using speed, he uses broad shoulders and superior strength to create separation from his defenders near the rim. Even more worrisome when it comes to projecting him to the next level is how one-dimensional his game is. He's not an above-average rebounder, passer or defensive player, so when his shot isn't falling, he isn't affecting the game much. He had 20 points in UCLA's loss to Minnesota, but only four rebounds, one assist and zero blocks or steals.

Muhammad's game is built around being bigger and more physical than younger opponents, but he won't have that edge at the next level. The days of him being more athletic than his defenders will end once he leaves college. Unless he moves to the shooting guard position, where his lack of elite footspeed will make him a defensive liability even if he commits to that side of the floor, he'll be one of the smallest small forwards in the NBA at 6'6. His length and strength should allow him to match-up with taller players, but he'll need to add a lot of guile and deception to his game if he's going to score against guys like Kawhi Leonard, Jimmy Butler and Paul George, much less savvy veteran defenders like Andrei Kirilenko, Nicolas Batum and Shawn Marion.

That's where being held back his whole life did Muhammad a disservice. Instead of comparing himself to transcendent physical talents like LeBron James, Kevin Durant and Kobe Bryant, he should have been learning to play like Paul Pierce. Pierce, a relatively-unathletic 6'7, 235-pound small forward, developed incredible footwork and an uncanny feel for the game after a lifetime of playing against guys with superior physical tools. Pierce left college with a career average of 2.2 assists a game and he has the ball-handling and passing ability to manipulate the second line of a defense as a point forward. Muhammad, in contrast, averaged only 0.8 assists on 1.6 turnovers this season and can't consistently create offense for his teammates.

Much like Mayo, he'll have a difficult transition to the next level. As someone born in 1987, Mayo should have been in the Class of 2005 or 2006, but was held back to be in the class of 2007. That edge in physical maturity allowed him to be ranked right behind Eric Gordon and Derrick Rose, even though he didn't have either's elite physical tools. At 6'4, 210, he's undersized and unathletic for his position in the NBA, which has been a problem for him since leaving USC. As a 20-year-old freshman, he had similarly one-dimensional numbers (21 points, 4.5 rebounds and three assists per game) while his team under-performed expectations, losing 80-67 in the first round of the NCAA Tournament.

After being drafted No. 3 overall by the Grizzlies in 2008, Mayo lasted only two seasons as a starter in Memphis. While he averaged 18 points a game as a rookie on decent efficiency numbers (44 percent from the field/38 from three-point range/84 at the free-throw line), he wound up as a sixth man because he wasn't a good enough scorer to be a first option and didn't have enough versatility in his game to be a secondary contributor. After four inconsistent seasons, the Grizzlies let him leave in free agency rather than giving him a long-term contract, a very disappointing outcome for a Top 5 pick. In Dallas, Mayo may have found a second home, but he still struggles with his decision-making and defense, two things he must improve to be a long-term NBA starter given his lack of elite athleticism.

Mayo and Muhammad would have been better off challenging themselves by playing up instead of developing bad habits by playing down.

In high school, Mayo and Muhammad would have been better off challenging themselves by playing up instead of developing bad habits by playing down. Once a player reaches the NBA, it really doesn't matter what they were rated in high school. The great myth of AAU basketball is that it's necessary for exposure. If you have high-level talent, the NCAA and the NBA will find you. Otto Porter, Georgetown's star sophomore, spent every summer in a town in Missouri with less than 20,000 people. He was almost completely unknown in high school, but he might be drafted higher than Muhammad this June because he's a more fundamentally-sound player.

A career in basketball is a marathon, not a sprint.