Top-five draft prospect Ben McLemore shot 0-9 in Kansas' win over North Carolina in the Round of 32. Can he get back on track? We'll discuss that and four other storylines NBA scouts will be following in the Sweet 16.

For the vast majority of the players in the NCAA Tournament's Sweet 16, the games this weekend are as good as it gets, the 40-minute culmination of a journey that began when they were in middle school. But for a select few with the ability to play at the next level, the stakes are even higher.

Ideally, NBA teams wouldn't let the outcome of a one-and-done tournament overshadow an entire season's worth of work, but a strong performance in March can do wonders for a player's draft stock. Conversely, a poor showing against elite competition can plant the seeds of doubt in the minds of NBA decision-makers.

At this stage of the tournament, games are won and lost by teams, not individual players. Nevertheless, there are millions of dollars on the line for the players involved. Some are looking to lock up a spot in the lottery, some are hoping to snag a spot in the first round and the guaranteed money that comes with it and some are just hoping to move their names into the second-round conversation and get a shot on a Summer League team. All are hoping for the ball to bounce their way in maybe the biggest games of their lives.

Here's a look at the five biggest NBA Draft story lines headed into the Sweet 16:

Can Ben McLemore turn it around? 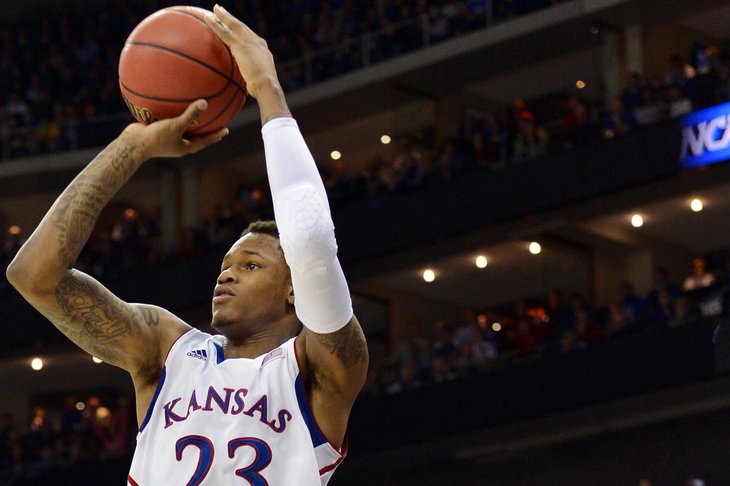 McLemore, the highest-rated draft prospect still on the board, has been in the conversation for the No. 1 overall pick for most of the season. However, he's coming off one of his worst games all year, a dismal two-point effort against North Carolina that saw him go 0-9 from the floor and play only 24 minutes.

Despite his talent, McLemore is used mostly as a secondary option in the Kansas offense, getting his points by running the floor, moving without the ball and spotting up along the three-point line. He's the Jayhawks leading scorer not because he takes a lot of shots, but because he's been ridiculously efficient on the few he takes. On the season, he has averaged 16 points on 51 percent shooting, an eye-popping conversion rate for a perimeter player.

The main question about his transition to the next level is his ability to create his own shot off the dribble, especially against elite competition. If Kansas needs points in the final minutes of a game, will McLemore be able to get them? His elite physical tools will make him a high lottery pick regardless, but an offensive explosion on the sport's biggest stage could move him to the very top of draft boards.

Is this Trey Burke's year?

While McLemore's offense will depend in large part on Kansas' half-court execution, Burke is the Michigan offense. If there's any player who can get hot and carry his team all the way to Atlanta, he's the one. The only hole in Burke's game is his lack of ideal size at 6'0 and 190 pounds. He can get his shot from anywhere on the floor, finish in the lane among the trees and create shots for his teammates.

In their two wins over VCU and South Dakota State, Burke orchestrated an overwhelming and high-flying offensive attack. Going forward, the Wolverines will be tested by their lack of size upfront, so they'll need Burke to control the tempo of the game and keep it in the open court, where they have waves of NBA prospects they can throw at teams.

Due to his lack of size, it's hard to see Burke overtaking the 6'4, 225-pound Marcus Smart on draft boards. However, behind Smart, the point guard position is wide open, with Burke and Syracuse point guard Michael Carter-Williams (also playing in the Sweet 16) battling to be next in line. In an increasingly point-guard-driven league, true floor generals tend to rise on draft night. Burke could have a Damian Lillard-like ascent into the top of the lottery if Michigan can cut down the nets.

Who will beat Duke?

Hate them or love them, the Blue Devils are the most high-profile team in the sport. As a result, everything that happens in a Duke game, good or bad, tends to be magnified. In much the same way that a Heisman can be won or lost whenever a team plays Notre Dame, nothing boosts a player's draft stock higher than a big-time showing against Coach K's bunch.

Eric Maynor, now on his third NBA team in four seasons, is still eating off his shot to knock off Duke in 2007. Lehigh's C.J. McCollum, despite missing most of his senior season with a foot injury, is still considered a likely first-round pick on the strength of his 30-point outing that knocked the Blue Devils out of the tournament last season. A good portion of the Derrick Williams boomlet in 2011 NBA Draft was the result of the way he terrorized the Duke frontline with poster after poster in that year's Sweet 16.

Of course, there's always the possibility that Coach K wins his fifth national title this season, but that's no fun.

NBA prospects in the NCAA Tournament 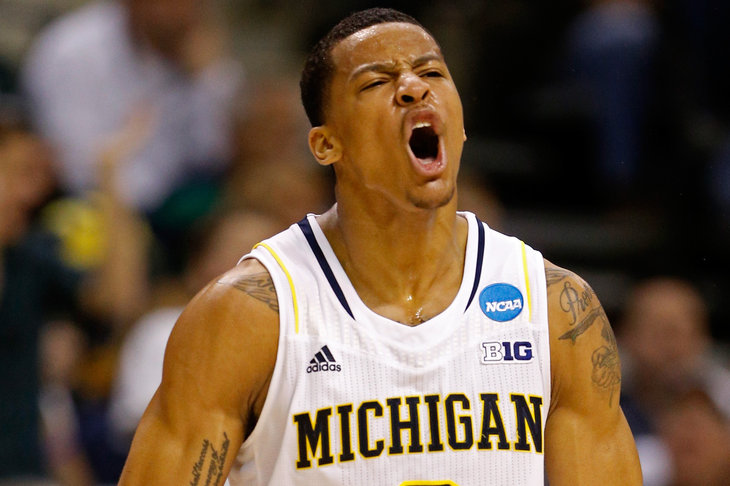 With most of the scouting for 2013 now in the books, NBA teams will be looking at guys for the 2014 draft as well. With that draft projected to be one of the strongest in recent memory, underclassmen that many thought were a year away could use a strong series of games this weekend to accelerate their timetable to the NBA. Jeremy Lamb didn't end up declaring in 2011, but his strong play en route to UConn's national title earned him the goodwill to be a lottery pick in 2012 despite an underwhelming sophomore season.

At certain points in Florida Gulf Coast's games against Georgetown and San Diego State, it became obvious: neither team could stay on the floor with #dunkcity. Those are Top 25 teams with NBA players on them! Everyone even tangentially associated with that school made a bunch of money last weekend.

This weekend, it's the players' turn. To be honest, their games last weekend all kind of blend together in my mind into a blizzard of fast breaks, alley oops and lobs at the rim. I'm really not sure if they have NBA prospects, but I'm looking forward to watching them play against Florida, another team stock full of NBA-caliber athletes.