Oddly enough, Dennis Rodman is one of very few Americans who could have possibly gained an audience with Kim Jong Un. Unfortunately, Rodman's ill-equipped for the role of speaking about it.

"There is nobody at the CIA who could tell you more personally about Kim Jong Un than Dennis Rodman, and that in itself is scary." -- Col. Stephen Ganyard, USMC (ret.)

Dennis Rodman's trip to North Korea wasn't an accident or an oddity, but the result of a gonzo media company facilitating a summit between between a Basketball Hall of Famer and an oppressive dictator who grew up a Bulls fan. But making sense of it doesn't equip Rodman for the international politics he stumbled into.

This is what we know:

So it was that Dennis Rodman -- late of Celebrity Mole, Celebrity Apprentice, Celebrity Rehab, and Dr. Drew's Sober House -- became the first American to meet with Kim Jong Un, the master of a nuclear weapons platform that threatens the civilized world, since he assumed power after his father's death. 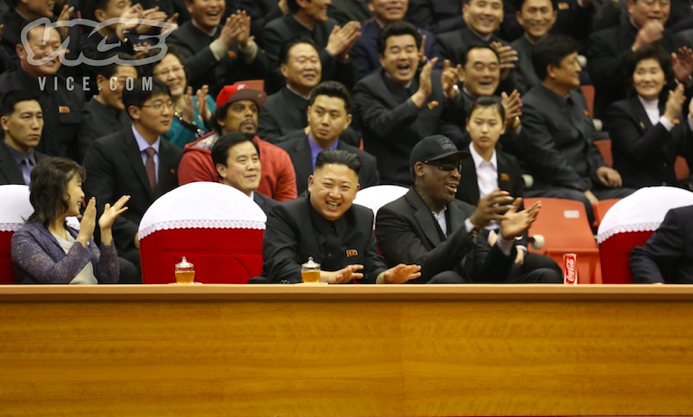 Western sports and culture can open a closed society faster than any American bureaucrat.

Pound-for-pound, Dennis Rodman was the best rebounder in NBA history. He won five NBA titles and was twice named the league's Defensive Player of the Year. He is a Hall of Fame basketball player that fewer and fewer people remember for his brilliance on the court. This is, perhaps, a credit to his individualism -- a collection of hair dye, tattoos, piercings, and questionable life decisions that could have been considered charming if his unprecedented trip to North Korea hadn't turned him into an apologist for Kim Jong Un.

This is not, mind you, a defense for established government protocol. For a country as closed off as North Korea, any access inside the walls is good access, and Western sports and culture can open a closed society faster than any American bureaucrat. The problem arises not from Dennis Rodman playing in an exhibition in North Korea; it surfaces when Rodman returns to the U.S. and is treated, by default, as the sole subject matter expert on What Kim Jong Un Is Like In Person. When that nationally televised debriefing occurs, the embarrassment of wearing a blazer adorned with American currency pales in comparison to flailing at the inane softballs tossed by the nearly lifelike mannequin of George Stephanopoulos.