NBA playoff picture: Race for No. 4 tight in East

The Nets, Bulls, Celtics, and Hawks are all within 1.5 games of each other in the battle to reach the top half of the Eastern Conference bracket. The Pacers and Knicks are a bit ahead of them, but still need to avoid falling to No. 4 and risking a second-round matchup with the juggernaut Miami Heat.

Share All sharing options for: NBA playoff picture: Race for No. 4 tight in East

With a little bit over a month until the beginning of the NBA playoffs, we essentially know the eight teams that will represent the Eastern Conference, and we can also pretty much pencil in the Miami Heat for the top spot. Everything else is up for grabs, as the Indiana Pacers and New York Knicks battle for the No. 2 seed and everybody else clusters around the fourth spot.

Right now, the Brooklyn Nets hold the No. 4 seed, 11 games back of the Heat. Just a game behind them are the Chicago Bulls, looking to make an end-of-season push with Derrick Rose if and when he's healthy enough to return. And tied for the sixth spot, a half a game back from the Bulls, are the Hawks and the Celtics. Boston's win over Atlanta on Friday night tied the two teams up, and the Celtics have now won five straight in what's been a topsy-turvy campaign for a team that's been resilient without Rajon Rondo. It's pretty easy to imagine any one of those four teams sneaking their way into the top half of the playoff bracket. Although really, the fifth spot is in essence the same as the fourth — whichever team makes it will play the team that finishes the season best amongst this group, while everybody below will have to play one of the top three seeds, who have separated themselves somewhat from the pack. 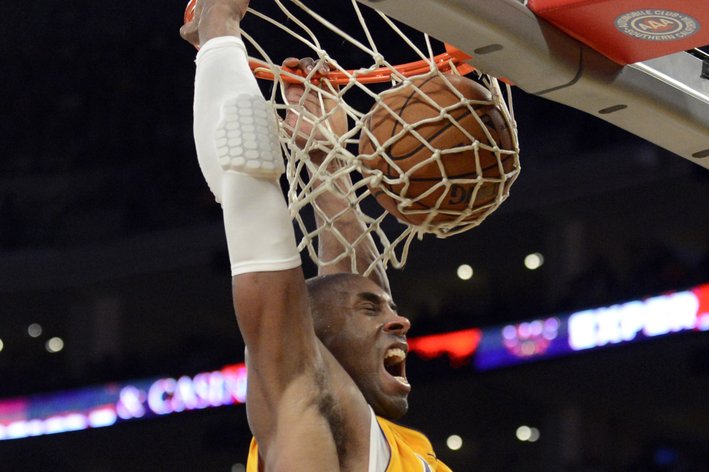 The Lakers are closing in on the Jazz in the Western Conference playoff standings. Can they overtake them?

There's a little bit of space before you get to the Bucks, who are 4.5 back of the fourth spot, but they could still realistically make up ground after picking up J.J. Redick for the stretch run. It would be in their best interest to move up to the sixth or seventh seed to avoid playing the Miami Heat. They're eight games ahead of the ninth-place Toronto Raptors and Philadelphia 76ers, though, so they're likely safe from falling out of playoff contention.

The Pacers have a half-game on the Knicks, and have won two of three regular season matchups against them, so their last meeting -- April 14, just six days before the start of the playoffs -- will likely hold extra importance. However, there isn't that much of a difference between being No. 2 and No. 3. As we noted, the sixth and seventh seeds are going to be pretty evenly matched squads -- in fact, if the playoffs started today, they'd be tied. The real key is that neither side drop into fourth place, which would set them up for a second-round matchup with the Miami Heat. Right now, one would have to give the advantage to the Pacers, who have won eight of ten behind the league's top defense, while the Knicks are .500 over their last ten with Carmelo Anthony dealing with fluid in his knee.

The Heat are eight games up on the Pacers for the No. 1 seed, so they haven't clinched it yet, but losing that spot would involve them losing eight games before the end of the season. Considering they've won 17 in a row, we can pretty much rule that possibility out.

Here's a full look at the Eastern Conference standings:

• Ziller: Are the Nuggets championship contenders?