Breaking down the key elements to the Knicks-Celtics series, where all eyes will be on Carmelo Anthony.

Carmelo Anthony has the scoring title, the division crown and the MVP recognition. Now all he has to do is beat the Celtics. No player has more on the line than Anthony when the Knicks begin their first round playoff series with Boston on Saturday at Madison Square Garden.

We don't tend to think of Melo as old, but he's 28 and playing the best basketball of his career on arguably his finest team. He's rarely had a chance like this to make a deep, meaningful postseason run. The 2008-09 Nuggets were also really good and Melo led them to the conference finals, averaging more than 27 points per game. That's the kind of performance he needs to have this year.

Without Amar'e Stoudemire in the lineup, Carmelo has become the Knicks unquestioned No. 1 option, using over 35 percent of the team's possessions when he's on the court. Normally a spike in possessions used would equate with a drop in efficiency, but in Melo's case he's been even better.

The next generation GM 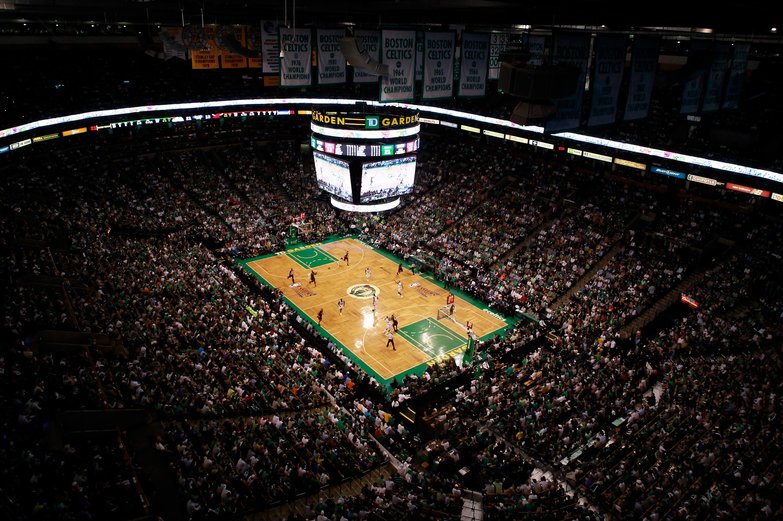 How the Celtics are ushering in a new age of player evaluation.

He posted the second-highest True Shooting Percentage of his career and even cut down on his turnovers, which weren't that high to begin with, but it's still an accomplishment. That's huge for the Knicks because their lack of turnovers are as much a reason for their overall offensive improvement as all those 3's they launch.

Mike Woodson will have interesting matchup opportunities for Melo, and how he chooses to use him will be one of the main subplots of the series. The Celtics have been experimenting with a "big" lineup featuring Paul Pierce and Jeff Green on the wing with Brandon Bass and Kevin Garnett up front and Avery Bradley as the guard. That leaves an interesting question for Woodson to answer.

Melo has more or less been the four, which would have him opposite Bass on defense. (The Celtics don't mind this matchup.) But someone will have to guard Pierce and Green on the perimeter and Iman Shumpert is only one man. On offense, Anthony can expect to see everyone from Bass to Green and Pierce and heavy double teams behind them. How he responds will define the whole series.

This is the superstar burden that Melo carries. He earned that designation with his play this year and now he has to finish the job.

Other keys to this series:

Jeff Green: We'll let you in on a little secret. No one knows what to expect from Green in the playoffs and any attempts to suggest otherwise are simply guesswork. He might be the guy that scored 43 on the Heat and he might be the one who shot 2-for-11 against the Thunder.

The Celtics would settle for the guy who scored 46 points and had 14 rebounds in two late-season losses to New York. Green was arguably the best player on the floor for the C's in both of those games and one of the few bright spots in either.

Our confusion about Green is directly related to our lack of understanding about the Celtics in general. In fewer words: Who are these guys? Are they the ones who went 15-6 without Rajon Rondo or the team that limped to the finish line playing uninspired ball with players from no one even remembered them having?

The Celtics need Green to be big on both ends of the court. He's one of the few players on the roster who can create offense for himself and he will also have a big hand in guarding Melo. He has to make open shots, attack the basket aggressively and he absolutely can't get in foul trouble. It wouldn't be a bad thing for the C's if he grabbed a few more rebounds either.

Green is no longer a supporting player to the Big whatever. He has to be a leading man.

If it's the former, he'll present a very difficult challenge for the Celtics. Assuming Avery Bradley checks the ball handler, Doc Rivers will use either Courtney Lee (a natural choice) or have Green or Pierce devote precious energy to the cause. That's the flipside of the Celtics big lineup.

Smith killed the Celtics in late March in Boston when he went for 32 points and wasn't content to just launch 3's from the outside. Lee didn't play in that game and Smith had his way with Jordan Crawford and Jason Terry.

Paul Pierce and Kevin Garnett: We'll put them together because that's what they wanted at the trade deadline and one way or another the aging duo is determined to take this as far as it can go.

Bumps and bruises aside, Pierce has been great since the midway point of the season and you know he loves to troll the Knicks. Garnett is a bigger mystery. We haven't seen much of him the last month or so and what we have seen is a player that needs to get his rhythm, timing and conditioning back to peak levels.

Pierce and Garnett don't need any more validation for what they've accomplished in Boston, but a first round loss to the Knicks would be kicking dirt on their graves. If the Celtics are to have any chance they need both of their stars playing as well as they have all year

Tyson Chandler: Long tasked with holding down the fort defensively, Chandler has been in and out of the lineup with neck and back issues. Those are not to be taken lightly.

Rajon Rondo: This has been thankfully put back on simmer the last month or so, but if the Celtics recapture their form from late winter then the whole, "Better Without Rondo" thing will be back on full blast.

Whether they advance or lose in five, the Better Without Rondo question is about more than wins and losses. The real question is whether the Celtics can continue to run a Rondo-centric offense when he returns from his ACL tear and the last few months have been instructive.

Of course they're not better without their All-Star point guard, but should they be using him in a modified manner and just as importantly, can he make the adjustment when he does return?

Yeah, rational works well when talking about Rondo. Carry on.

Jason Terry: He talked a big game and now he needs to back it up. Terry has said that he was brought to Boston for the playoffs and he'll need to have a big run to make up a disappointing first season.

The Celtics desperately need his scoring, but he's a defensive liability. Rivers has tried to mask that with a zone, which has been fairly effective at times. One way or another Terry has to get on the court and he has to make shots. If he does, all will be forgiven.

The re-education of Chris Copeland 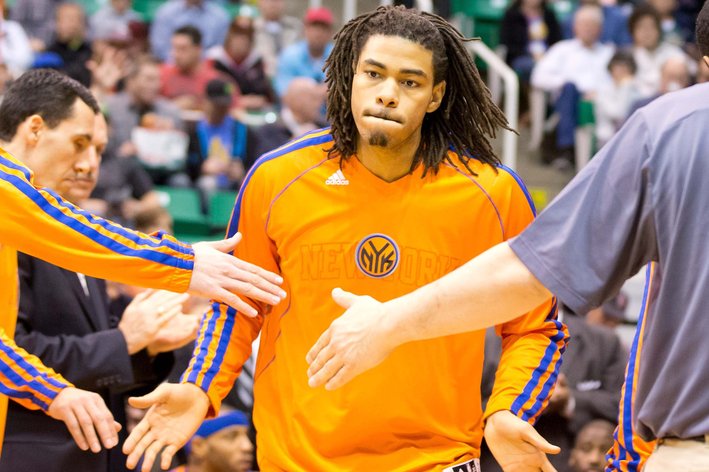 How Chris Copeland went from middling European player to a starter for the Knicks.

Chris Copeland: Just your average 28-year-old rookie thrown into a huge role. Even for the bizarro Knicks, the addition of Copeland to the rotation has been a shocking surprise. In his most used lineup, the Knicks are scoring 121.3 points per 100 possessions.

Again, it was a weird game but in late March he scored 22 points in 19 minutes against the Celtics and is just one more X-factor the C's have to account for in this series along with Steve Novak's outside shooting.

Avery Bradley: Mind the whistles and keep your hands to yourself. Bradley is an awesome defender with a motor that never stops and the desire to guard opponents for 94 feet.

But Bradley is also extremely aggressive sometimes to his detriment. He gets called for a number of fouls way out on the perimeter that leave Tommy Heinsohn ranting and fuming, but he has to be smarter about how he uses his fouls. The Celtics need him on the court to hound Ray Felton for as many minutes as possible.

A Dream Season vs. A Legacy: Let's get down to it. Strip away the matchups, the coaching and the personalities and what we have here is the most compelling first round series in the Eastern Conference.

This has been the Knicks year from beginning to end. They started hot, finished strong and restored the magic to Madison Square Garden with their quirky lineups and the transcendent star power of Melo. If they lost this series it would be a disaster. Winning it would be an exorcism.

The Celtics have managed to lose all the goodwill they gained from last year's improbable playoff run only to find it again and then put everyone to sleep with unwatchable performances over the last month of the season. This could be their unsightly demise or it could be the continuation of the era that never ends.