Chris Paul's buzzer beater: How it happened and did he get away with a foul?

We break down Chris Paul's buzzer beater to beat the Memphis Grizzlies. How did he get his shot off? Did he get away with an offensive foul? Does any of that matter?

Share All sharing options for: Chris Paul's buzzer beater: How it happened and did he get away with a foul?

Chris Paul's buzzer beater to defeat the Memphis Grizzlies was one of the more difficult ones in recent memory. With Tony Allen hounding him the entire way, Paul got right, slipped by him going toward the rim and lofted a really difficult shot over the outstretched arm of Darrell Arthur to give L.A. a 2-0 series lead.

That's the simple version of what happened on that last-second play. Here's the video:

In contrast to some of the hero ball we saw late in the game, the Clippers actually had a plan on their last-second foray. Rather than simply inbounding the ball to Paul and getting out of his way, the Clippers threw it in to Jamal Crawford and tried to have Paul screen for him before getting the ball. 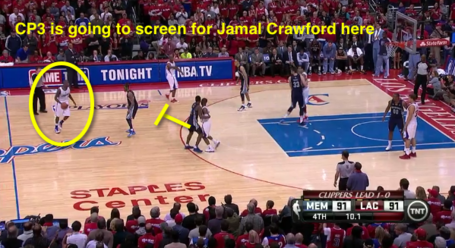 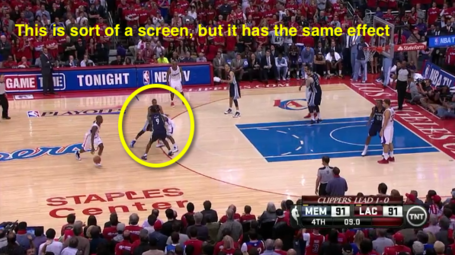 The goal is to get the Grizzlies to switch, putting Mike Conley on Paul rather than Allen. This would be a more favorable matchup for L.A., even though Conley is known as a decent defender.

For an instant, it looked like the play worked. 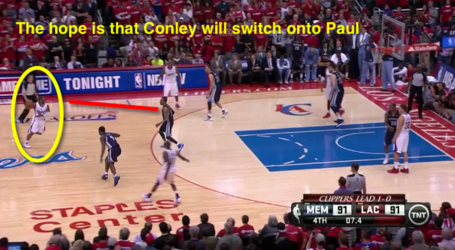 But Allen, alert as usual, scampers back to Paul, ruining L.A.'s plans. It's now on Paul to make a move to beat arguably the best perimeter defender in the league. 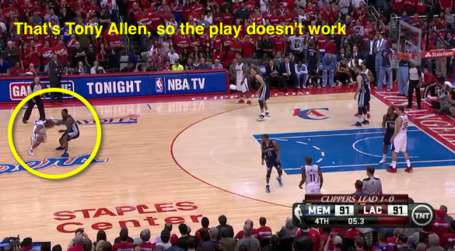 Here's where things get interesting. Allen pressures Paul all the way out to halfcourt, and does a fantastic job of doing so. With Allen right in his grill, Paul needs to do something to get separation. What he does blurs the line between legal and illegal. 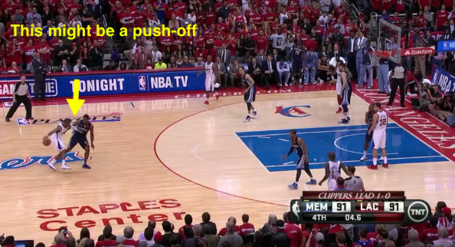 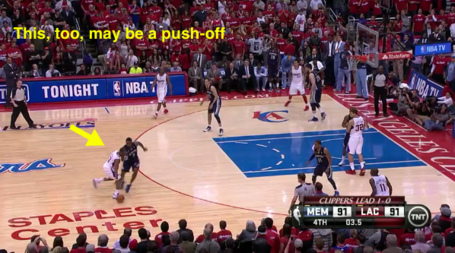 But this third one? This is the one that will be scrutinized for the next 48 hours. 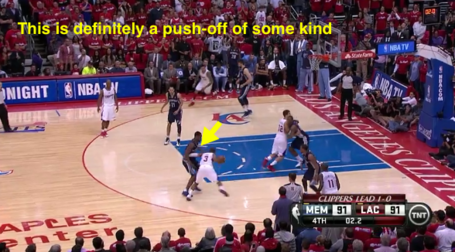 From this angle, it's clear Paul launches off Allen with the help of that arm in his chest. Here are two closer looks. 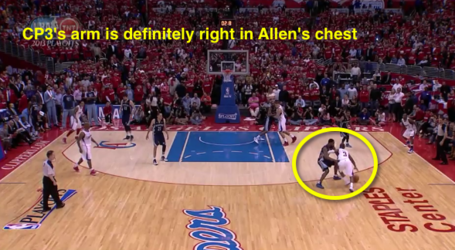 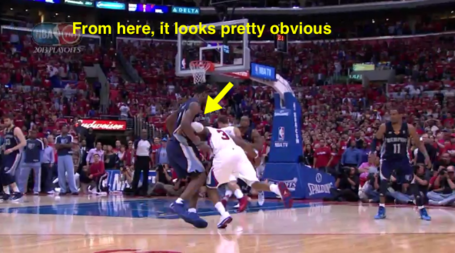 Using that bit of separation, Paul floats into the lane and hits this impossible shot over Arthur's outstretched arm. 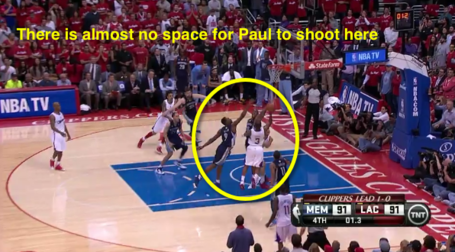 But let's get back to the foul issue. As you saw above, Paul seemed to push off using his left hand to create the separation from Allen to get to the second level of defense. In addition to that, Blake Griffin appeared to hold Arthur down low, preventing him from contesting the shot as soon as he could have. 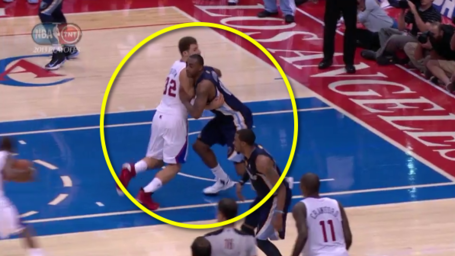 By the letter of the law, those are fouls. I can understand looking at those two screenshots and being upset if you're a Grizzlies fan. I'm also not especially sympathetic to the principle that referees should swallow their whistles on last-second plays, because what is a foul in the first 47 minutes and 30 seconds should also be a foul in the last 30 seconds.

But you also can't look at those two plays in a vacuum without considering how the game was being called. With so much gray area in foul calls, the most important thing is to remain consistent. Down the stretch, the referees were letting both teams play. Frankly, Memphis benefited from that.

For example, this was not called a foul on Zach Randolph: 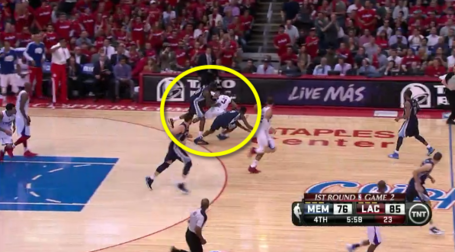 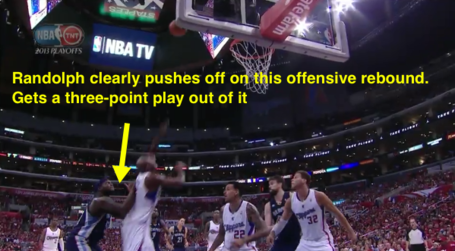 There was also this play: 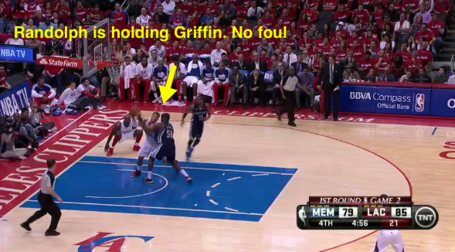 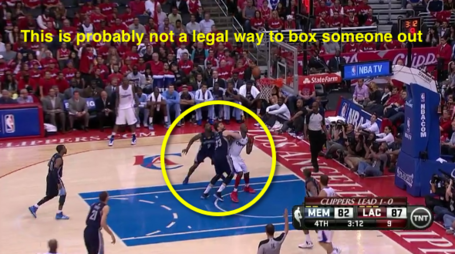 Finally, while Allen was probably victimized by a push-off, he also did this on Paul's buzzer beater. 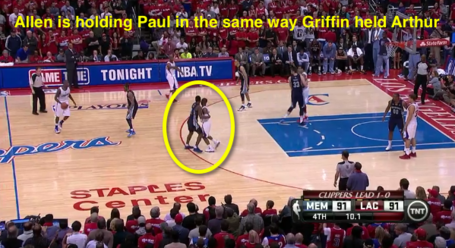 Swallowing the whistles was therefore a key reason why the Grizzlies rallied in the fourth quarter. Those complaining about Paul's push-off can't have it both ways. Either both teams got away with a ton of fouls, or the refs did the right thing letting them play.

I'm not sure where I stand on that issue, but it's clear Paul's buzzer beater wasn't tainted.

• The real problem with the Lakers