The 2011 NBA Draft class was seen as weak, just like the 2013 group. Two years later, there are a number of players picked late in that draft that have become very good NBA pieces.

Share All sharing options for: What the 2011 NBA Draft can teach us about 2013's class

Marcus Smart's decision to stay in school means that what was universally considered a "weak draft" is now supposedly weaker. The new CBA makes finding good players in the draft more important than ever, but what should teams do with a relatively weaker talent pool, especially at the top?

Two years is still a little early to make definitive decisions about the quality of a draft, but the 2011 draft could have something to teach us in 2013. That year's draft, which was conducted in the shadow of the lockout, was seen then as one of the shallowest in modern memory. That's what happens when so many top players decide to stay in school rather than risk entering the NBA in the midst of a labor dispute.

Here's the top 10. Two years later, it's not all that pretty:

Just from the top of the lottery, you can see why everyone was so down on this draft. Irving is the only obvious All-Star and there are several players who already look like misses in the Top 10.

If a second All-Star is going to emerge from this group, my guess is it will be either Kanter or Valanciunas. They're big, athletic and (at least reasonably) skilled, as opposed to Biyombo and Vesely, who haven't figured out a role on the offensive side of the floor. It's really, really hard to play good interior defense in the NBA, which is why defensive-minded big men take so long to develop. 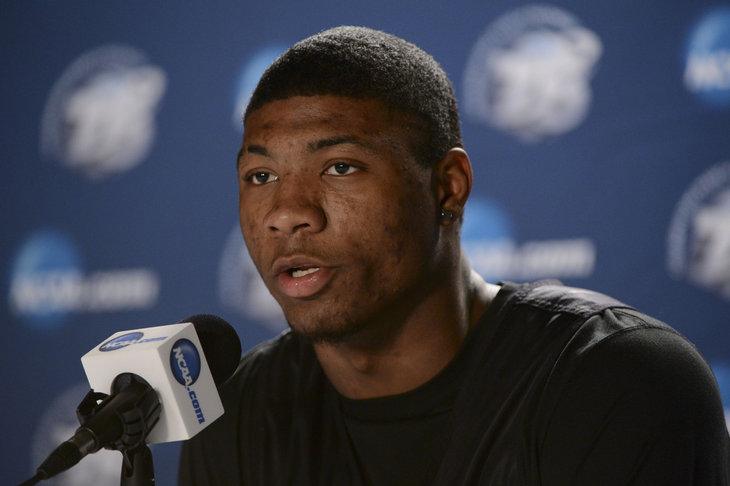 But look at how this draft plays out as we go further down the list.

Two years later, the stretch from 15-19 in particular doesn't look much worse than 1-5. Leonard is the biggest surprise to me, just because he suddenly learned how to become a knockdown shooter in the NBA. Vucevic, Shumpert and Harris all look like they will be valuable players for a long time, which is more than you can say for a lot of the guys taken ahead of them.

Yet, if any of those three had gone in the Top 10 in 2011, people would have scoffed. There's a lot of groupthink in the draft. Defying the industry consensus really isn't a big deal.

By 20-30, you're just hoping to find a player. That's why, all things being equal, you always want to go with a big man like Faried at this point. An average-to-good big man is way more valuable than an average-to-good perimeter player. Solid contributors like Jackson, Cole and Butler are also in this group.

The other really interesting storyline to follow is Nikola Mirotic, who's already one of the best players in Europe at the age of 22. The problem is that it's going to be hard for the Bulls to give him enough money to come over, given the various ways the players and the owners have conspired to screw over young players in CBA negotiations.

Those are the only four second-round picks from 2011 who have established themselves as rotation players in the NBA. It's still early in their careers for the rest, but this is where you see the effects of so many players staying in school. There are fewer guys who slip into the second round.

That being said, there are always a few. The value the Rockets are getting out of Parsons at 38 is incredible. If you hit on a starter in the second round, it can dramatically accelerate the rebuilding process. 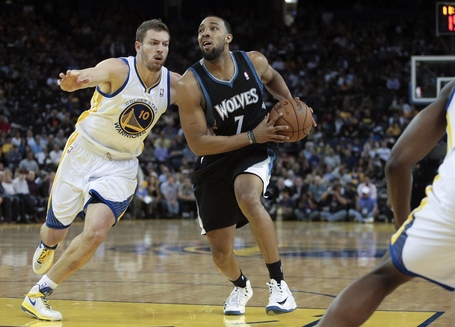 So, what lessons can we learn?

1. Besides the obvious -- draft Kyrie Irving if he's available -- the first thing that really jumps out is how meaningless a lot of the pre-draft consensus is. Just because everyone says you should use the No. 2 pick on Derrick Williams does not mean you should. As your mother always told you, what if everyone jumped off a bridge?

For NBA teams, the takeaway is clear: trust your board and don't read too many mock drafts. What grade would the Wizards have gotten if they had taken Tobias Harris? The correct answer is "who cares." We (the media) don't know what we're talking about.

Trust your board and don't read too many mock drafts.

2. The higher you are in the lottery, the more painful the miss. Not to keep harping on the Wizards, but think about how much excitement there would be if they had one of Vucevic, Harris or Leonard in their frontcourt. For a team with a top-seven pick, there's nothing more important than properly evaluating the talent at the top of the draft. If you're a fan of a lottery team, what happens in the NCAA is going to have as much (if not more) of an impact on your franchise going forward than what's happening in the NBA.

3. That being said, if Leonard had shot 40 percent from three (rather than 29 percent) in college, there was no way he would have fallen out of the lottery. The ability to consistently knock down threes dramatically increases the value of any basketball player. Chip Engelland, the Spurs shooting coach, might be the most underrated part of their organization.

Here's a great interview with Engelland from Spurs blog 48 Minutes of Hell. This part really intrigued me:

How much does your assessment of guys shots and their shooting potential affect the draft decisions you guys make?

That's the only question I'm not going to answer.

I don't know how much money Engelland makes, but he's probably underpaid. You see it a lot in baseball, where hitting and pitching coaches are paid as much as a head coach. A guy who can consistently make your players jump-shooters is worth his weight in gold.

There are a ton of 2013 prospects who would really benefit from an improved outside shot. Rodney Williams (Minnesota) is an example of a guy who would be a tremendous player if he learned to shoot. As it is, he might not be able to stick in the NBA.

4) If you think a guy has the ceiling of a backup PG, there's no reason to draft him in the first round. You can get a guy like Nolan Smith in the second round. The Kings got a guy better with the No. 60 overall pick in Thomas. There's a position spectrum (point guard-center) in basketball just like there is in baseball (first baseman-catcher). It's important to understand how talent is distributed among all five positions. When it comes to borderline NBA players, the farther to the left from PG - SG - SF - PF - C, the less valuable a guy is.

There's no excuse for not doing your homework, even in the 50's.

5) The Kings haven't done a lot of things right lately, but they should take a bow for finding a good NBA point guard with the last pick in one of the weakest drafts in recent memory. Thomas is why you should never take a draft pick for granted, even late in the second round. You never know; it's an inexact science. There's no excuse for not doing your homework, even in the 50s.

Keep all this in mind before writing off the 2013 NBA Draft. Never assume a draft class is weak.

• It's time to think about Dwight Howard's future

• The best GIFs from Wednesday's games