Zach Randolph strikes back, and Grizzlies stay alive vs. Clippers

Why Zach Randolph is the Grizzlies' most important player, and how he dominated the Clippers in Game 3.

Share All sharing options for: Zach Randolph strikes back, and Grizzlies stay alive vs. Clippers

Zach Randolph finally broke out on Thursday, leading the Grizzlies to a critical Game 3 win over the Clippers to rope the series to 2-1. The familiar problem -- foul trouble -- couldn't stop Z-Bo this time; despite five fouls on the game, Randolph played almost 38 minutes. Fouls were not an issue early. That, and a determination to attack the basket, made all the difference.

Why did it make all the difference? Because even though Chris Paul shot 4-11 and had more turnovers (five) than assists (four), Memphis' backcourt was worse offensively. Mike Conley shot 1-9 (but had 10 assists to no turnovers) and Tony Allen was 4-11. Off the bench, Keyon Dooling and Jerryd Bayless were a combined 4-11. That's 9-31 shooting for the Grizzlies backcourt. That's hideous.

This was a Randolph game we experienced regularly back in 2011, particularly in the Thunder series. It's all about Z-Bo's ability to get what we wants in the paint. That hasn't happened in this series until Thursday. Part of it is that the referees loosened up on the whistles just a bit, at least on Memphis' side. (The Grizzlies got called for 22 personal fouls, one more than in Game 2 but seven fewer than in tightly-called Game 1.) But most of Z-Bo's revenge was about heady, active play on his part. He looked comfortable out there. He attacked the offensive glass to the tune of six offensive rebounds -- the team had 17 in 45 opportunities, a vast improvement -- and finished plays, some at the line. He was the best player on the floor, which honestly hasn't happen a whole lot this season. 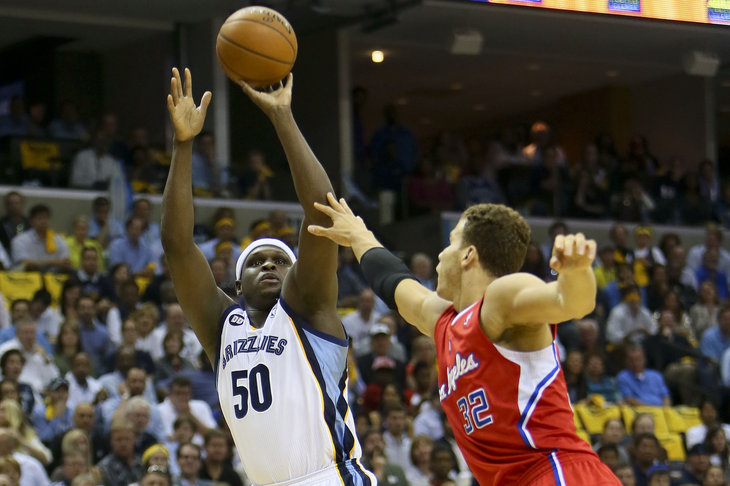 Marc Gasol is the Grizzlies' best player; it's almost silly to suggest otherwise at this point. But Z-Bo, due to a recent lack of consistency, may be their most important. The second chances and match-up nightmares he offers make so much of a difference when he's clicking. The first three games of this series make that obvious. It's particularly important when the opponent's top scorer, Blake Griffin in this case, is forced to foul; Griffin played just 32 minutes due to foul trouble, largely from sending Z-Bo to the line. That serves to improve Memphis' defense as well, because while Randolph isn't a great defender, knocking out the opponent's best scorer is valuable.

This is the issue with looking at a Memphis landscape without Z-Bo: how do you replace this sort of wrecking-ball impact? Because of his fairly unique abilities, you can't just slot another power forward in and hope it works the same. The Grizzlies could roll the dice on back-up Ed Davis, who looked promising early this season in Toronto. Or, Memphis could try to find another big man skilled in the low post to complement the high-post stylings of Gasol. Or, it could change course completely and consider a stretch-4 to provide the shooting that the Grizzlies' guards traditionally have not given them.

Keeping Z-Bo as he rolls through his 30s at a very high price is a certain risk, especially as masterful performances like his Game 3 become less and less common. But the alternatives are dice rolls, too. Should the Grizzlies' season end after this series, Memphis' front office has a tough decision to make.

• It's time to think about Dwight Howard's future