NBA scouts will be watching Monday's championship game between Michigan and Louisville closely. Here are the four matchups that will dominate their attention.

The national title game between Michigan and Louisville has the chance to be the antidote to a lifetime of 45-40 rock fights in college basketball this season. You couldn't pick a more appealing match-up: the No. 1 offense versus the No. 1 defense, both of whom prefer to play in the open court.

It's strength on strength: the Cardinals 94-feet pressure defense versus the Wolverines four-guard attack. Rick Pitino and John Beilein are two of the only coaches in college basketball who don't overcoach, seem to trust their players and give them the freedom to make plays.

The result should be an extremely compelling basketball game, one that will feature many interesting matchups from an NBA Draft perspective.

Trey Burke vs. the Louisville press

That's the feature attraction. If Michigan's star point guard can handle the relentless Louisville pressure and consistently make good decisions for 40 minutes, the Wolverines will have a good chance to pull the upset. 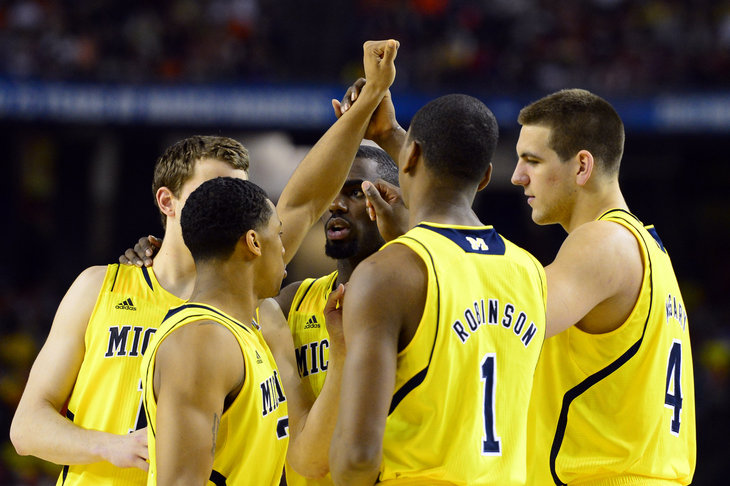 But while he had a second half for the ages against Kansas, Burke hasn't been at his best for most of the tournament. He hasn't been efficient from the field and he's been turning the ball at a slightly higher rate than he did during the regular season.

He did a great job shredding VCU's "Havoc" press in the round of 32, but he still went 6-14 from the floor with seven turnovers. Having that many bad possessions could be a lot more costly against a team as explosive as Louisville.

Burke is on the big stage now: it isn't very often that an elite prospect gets an opportunity like this. There was no way he was going to have a good statistical game against Syracuse's 2-3 zone, but he has the chance to put on a show with everyone in the NBA watching tonight.

On the flip side, it's a great opportunity for Russ Smith. "Russdiculous" is a very compelling player to watch, but the odds are against him at the next level. There aren't many 6'1 165-pound guards in the NBA, much less ones who can't run point and aren't great shooters. If he's going to make it at the next level, it's because he's such a dynamic athlete and defensive presence that a team is willing to make adjustments to get him on the floor.

That's what the Celtics do with Avery Bradley. The difference is that the third-year Celtics guard is 6'2 and 180 pounds and is only one year older than Smith is now. Burke is great, but unleash a defensive terror like Bradley on him in a game like this and it would be a problem. That's how good Smith has to be on defense to make up for some of his offensive eccentricities. There's a reason Jeff Van Gundy thought Russ was J.R.'s little brother.

The undercard. There's no one in the country hotter than "Magic Mitch", whose been boosting his Q rating and draft stock with a dynamic run through March. The Syracuse game was the perfect opportunity for him, as their 2-3 zone is most vulnerable to a 6'10+ big man making plays out of the high post. McGary was throwing no-look passes on Saturday, which is always impressive for a guy his size. 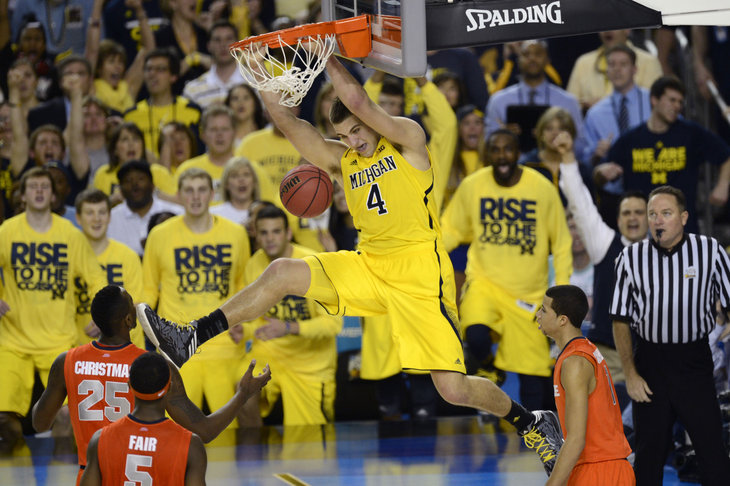 Andrew Sharp on why you should cheer for Mitch McGary

There aren't many guys with Dieng's size (6'11 245 with a 7'4 wingspan) and athletic ability in college. McGary dominated Jeff Withey in the Sweet 16, but Withey's lack of strength is exactly why he will be a backup center in the NBA. Dieng -- taller, faster and longer than McGary and just as strong -- will be a much more formidable test.

McGary didn't do much against the NBA frontlines of Indiana and Michigan State, so Louisville will be a good opportunity to show whether he's really turned the corner. As well as he's played lately, he is ridiculously old for a college freshman, which isn't a great sign. To put that in perspective, he's older than Orlando Magic forard Tobias Harris, whose finishing up his second season in the NBA. You might write off Cody Zeller wrecking McGary in the regular season as a matter of experience ... except Zeller is three months younger.

This could be the decisive match-up, one way or the other. Robinson III and Behanan's ability to downshift to play the power forward position at 6'6 is why their teams are able to play at such a fast pace. The difference is that Behanan, at 6'6 250, is a legitimate next-level athlete whose strength and quickness allow him to defend much bigger players. In contrast, Michigan has been moonlighting the 6'6, 210-pound Robinson there and hoping for the best.

Because he's been playing so far out of position, Robinson has been a defensive weakness for most of the season, but very few college teams have the personnel to exploit it. Syracuse attacked Robinson mercilessly with C.J. Fair on Saturday, but Fair was only moderately efficient (9-20 from the field).

Behanan's 10 points and nine rebounds were crucial in their victory over Wichita State, and none of Michigan's guards have the size to match up with him on the boards. If he can force Beilein to play a second big man, it will dramatically crimp the Wolverines style, because none of their other big men can really play.

Behanan, like Smith, doesn't have a natural position at the next level, so he'll have to prove to NBA scouts that he's a special enough player to break the mold. Really, the guy he reminds me of is football star Antonio Gates, once known as the best player on an Elite 8 team at Kent State.

For Robinson, this type of uptempo high-possession game is exactly the opportunity for the breakout everyone thinks he has in him. He's the guy who could make the most money on Monday night. If he can put together a line like he did against South Dakota State -- 21 points and six rebounds on 8-9 shooting -- he'll probably lock up a top-15 selection this year.

What a title would mean for Louisville 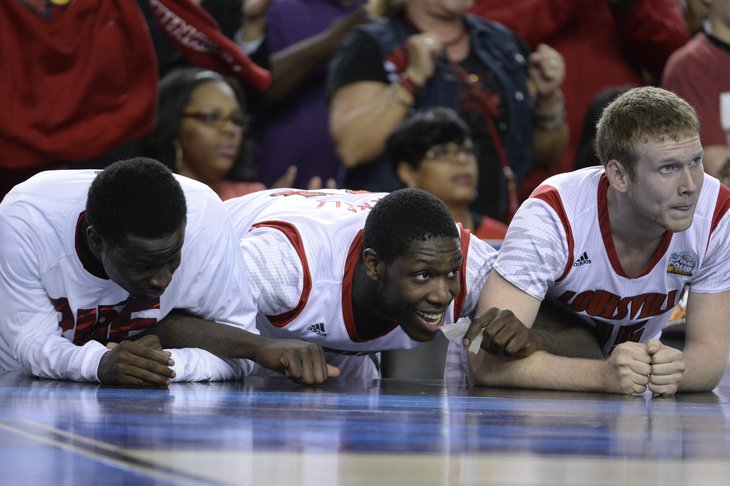 Card Chronicle on the significance of this game

It's very rare to have this many quality matchups in one game. Neither Hardaway nor Blackshear is as esteemed as some of their teammates, but they are both getting looks as NBA-caliber shooting guards. It's unclear how often they'll be matched up against each other, but getting offense from either would be a big boon for their respective teams.

Blackshear, a sophomore, had no points in 9 minutes of action against Wichita State. With Kevin Ware out, Louisville is going to need more points from him tonight.

Hardaway, a junior, is probably as ready as he's going to be for the next level. However, like in most years, there will be a glut of shooting guards in this year's draft class vying for only a few roster spots. Hardaway's got great size and athleticism for the position at 6'6 and 205 pounds, but he's a streaky scorer whose had a lot of nights like Saturday (4-16) in his career. This is a golden opportunity to leave a good final impression on NBA decision makers.