The only clean path out of the mess created by the Maloofs remains.

Share All sharing options for: There's still no reason for the NBA to delay expansion to Seattle

If there's one thing folks in Sacramento and Seattle agree on right now, it's that the NBA let this get out of hand. The commissioner's office has assisted Chris Hansen in recent years to plot a path toward bringing the NBA back to Seattle. Rumor says part of the deal to get Steve Ballmer, the Microsoft billionaire, to stand down in 2008 was that the NBA would work closely with Seattle to figure out a long-term solution.

The same has been going on in Sacramento. Since 2007, David Stern has commissioned resources aimed at finding a local arena deal amenable to the Maloofs. They have proven to be a finicky partner. Meanwhile, they have also gone broke and sold off or closed every serious business venture they have other than the Kings. And now, of course, they intend to sell the Kings to Hansen for a very large sum ... only the NBA, still assisting Sacramento, appears to be on the precipice of refusing to allow it on account of Hansen's stated intention to move the team to Seattle immediately. As that vote approached, Hansen unloaded whatever ammo he thought he had left: the increased bid and the absurd back-up offer that would keep the Maloofs in business with a cash influx from the Seattle guys. 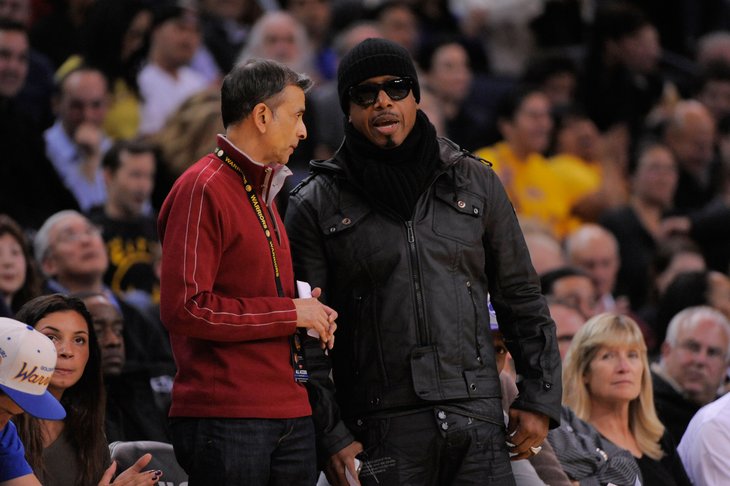 Answering all your frequently-asked questions about this saga.

It's starting to appear as if there's another bullet Hansen has in the chamber, too, one he'll fire if the latest gambit doesn't work: an anti-trust suit. The Seattle media is mentioning the potential for an anti-trust lawsuit leveled by the Maloofs and funded by Hansen. It'd be a nasty way to end this saga, and it'd probably survive longer than David Stern's tenure, given his planned February 2014 retirement.

There's one way that the NBA can keep the Kings in Sacramento, preserving the ideals of what a city facing relocation must do, and also avoid Hansen's legal wrath: expand to 31. Admittedly, Hansen's push -- CBS Sports' Ken Berger called it "an extortion attempt" -- is something perhaps Stern won't want to reward. But it's in the best interest of the league at this point to end this saga. Expansion was the right decision well before this late re-escalation. Expansion made sense from Day 1.

I debunked the most frequent anti-expansion arguments back in January. To argue that expansion will lead to talent dilution is to imply that there's a major difference between the No. 450 and the No. 465 player in the world. It's not valid. And for the argument that there aren't enough stars to go around as is, that's an argument that could be made at any level of league size depending entirely on where you set the threshold for star. If you consider the top-15 players to be stars, then there's already twice as many teams as star players! Contract to 15, right?

The simple truth is that adding 8-10 rotation spots has a negligible impact on the overall talent level. Well-run, lucky franchises will still be better off than unlucky, poorly-run franchises. There has been wheat and chaff throughout league history. The league is not especially unbalanced now.

The financial arguments against expansion are interesting in that they are pretty goofy, especially when we're talking about expansion to a market that will likely land mid-rung to upper-level in terms of revenue generation. The point Stern has made in deflecting expansion talk is that it needs to wait for a new TV deal. As some have pointed out in recent days, it makes more sense to have Seattle in the fold before negotiating that new deal in the next couple of years. (In fact, Sports Business Journal reported on Monday that the NBA intends to begin informal talks on a new TV deal in the next few months. The current deal expires at the end of the 2015-16 season.)

A concern is that the pile of money from ABC, ESPN and TNT will now be split 31 ways instead of 30 ways. The pot is $900 million. Teams currently receive $30 million each. With expansion to 31 teams, each franchise would receive $29 million. We're talking about $1 million per year in national TV revenue lost until the new deal kicks in, with Seattle considered as a part of it. An expansion fee ($500 million split 30 ways means $16 million per team) more than makes up for it, as well as the extra hand in merchandising revenue.

The economics are obvious. It makes financial sense to expand to Seattle. It wouldn't necessarily make good long-term financial sense to expand to a smaller market, but this is a big market, and the NBA is already comfortable staying in Sacramento. It remains pretty darn obvious that this is a good plan, and nothing Stern has said on the subject has made much sense since January.

Seattle shouldn't be treated by NBA owners as Los Angeles is being treated by NFL owners. If the league intends to have a team in the Emerald City before long, now is a nice time to do it. It could avoid a big headache as Stern's career wraps and allow Adam Silver to begin his hopefully long, stable tenure minus a cloud of litigation. Expanding to 31 makes sense for everyone.

Disclosure: the author is the editor of Sactown Royalty, a Sacramento Kings blog.

• Derrick Rose considered return but will remain out