A surprising effort from a little-used reserve led to a crucial win for the New York Knicks on Thursday night.

Entering Game 5 of their Eastern Conference playoff series against the Indiana Pacers, the New York Knicks knew they'd need a big performance from a key bench player to keep their season alive. They got it, only it wasn't from Sixth Man of Year J.R. Smith.

For more on the Knicks-Pacers series, visit Indy Cornrows and Posting and Toasting

Instead, the Knicks received a brilliant performance from little-used reserve forward Chris Copeland in Thursday night's 85-75 victory. Copeland, a 29-year-old basketball journeyman who had never played an NBA game prior to the 2012-2013 season, finished Game 5 with13 points, four rebounds, two steals and an assist.

"It’s a blessing," Copeland told reporters following his Game 5 effort. "I’m extremely excited I can have some kind of impact on the game."

Copeland certainly had an impact, starting with five big points after he entered the game in the second quarter. It was thanks to that mini-spurt that Knicks coach Mike Woodson had the confidence to re-insert him into the lineup in the third quarter when foul trouble hit. Copeland responded with another five points.

The Re-education of Chris Copeland 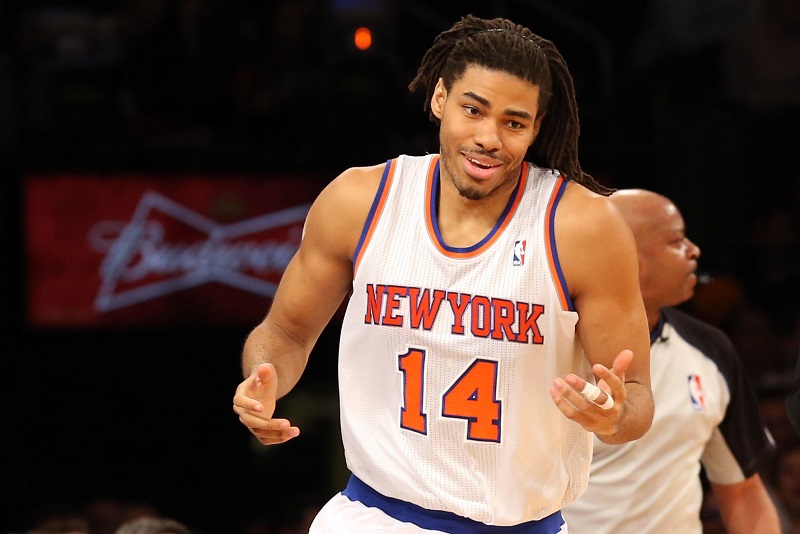 How a 29-year-old rookie finally made his dream come true.

What was most impressive about Copeland’s performance on Thursday was that it came after a relatively quiet first few games of this series. Copeland scored a combined 15 points through the Knicks’ first four matchups against Indiana, and he hadn't played more than 12 minutes in any game in the entire series. On Thursday, Copeland played 19 minutes, the most he’s played in any game this postseason.

But while the basketball world may have been shocked by Copeland’s big game on Thursday, there was one man who wasn’t the least bit surprised. That was Indiana Pacers head coach Frank Vogel.

"It's not a surprise," Vogel explained to reporters following the loss. "We thought we'd see some of him this series. He's a terrific offensive player."

And with the strong performance, it’s not hard to envision Copeland getting increased minutes when these two teams return to the court for Game 6. That’s especially true thanks to the continued struggles of fellow back-up forward Amar'e Stoudemire.

Stoudemire had another quiet performance Thursday, in his third game since returning from a knee injury. Woodson had previously stated that Stoudemire would be limited to 10-12 minutes a game while recovering from the injury, but with Copeland stepping up, he was limited to just seven minutes.

Even with the big game from Copeland, though, the Knicks still have work to do in this series.

They trail 3-2 as the action heads back to Indiana on Saturday night.