In the aftermath of LeBron's game-winning shot, the Indiana coach gave an amusing backhanded dig at the Knicks.

With everyone in the NBA world still buzzing about Frank Vogel's decision to remove Roy Hibbert in the final seconds of Game 1, the Indiana Pacers coach talked with reporters about it on Thursday.

Perhaps the most revealing exchange came when he talked about the adjustments his staff would have to make before Game 2:

Vogel on Miami defense: "They had a more intelligent plan against Roy Hibbert than New York did and we've got to adjust to it."

At 7'2 280, Hibbert's ability to protect the rim was one of the key storylines in the Pacers' series against both the Knicks and the Heat.

The King Stays The King 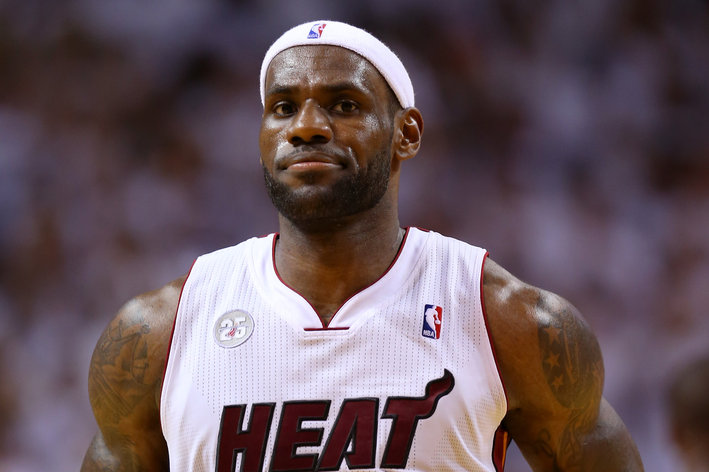 Vogel's decision got the headlines, but let's not forget what a great play LeBron made.

And while New York never figured out a counter to Indiana's mammoth center, the Heat have the benefit of the experience they gained in their second-round victory over the Pacers last year.

However, in the end, most basketball games come down to personnel, not tactics. Vogel took Hibbert out of the game because he didn't want him defending Chris Bosh, one of the best mid-range shooters in the NBA, 20 feet from the basket.

There's no one on New York's roster who can match Bosh's skillset, Vogel's digs at the Knicks' intelligence notwithstanding.