LeBron James and the death of Michael Jordan comparisons

LeBron James' struggles in Game 3 of the NBA Finals were another reminder of why no player should be compared to Michael Jordan.

Share All sharing options for: LeBron James and the death of Michael Jordan comparisons

Over the past two decades, comparisons to Michael Jordan have become amateur basketball's version of death and taxes. They're inevitable and inescapable for too many gifted young perimeter players with boundless athleticism, a gaudy points-per-game average and a warm smile.

We know how these comparisons usually work out. It takes only one look at Harold Miner's Wikipedia page to realize his nickname was the most interesting thing about his four-year NBA career. Grant Hill wore the crown for a while as well, at least until injuries and the passage of time set in. Even with this year's NBA draft, in a class universally recognized as weak, it's impossible to browse for coverage without seeing a headline like "Could Victor Oladipo be the next Michael Jordan? Why not?" 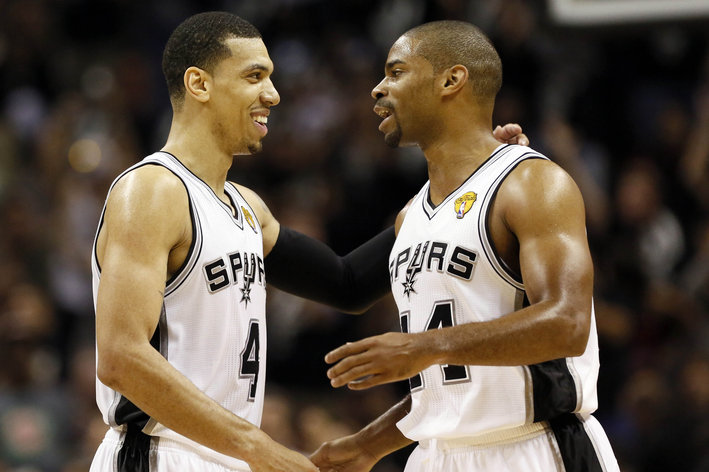 Go back and read Grant Wahl's iconic SI cover story on the life James was living as a 16-year old in 2002 and it isn't hard to see why. Not only was James' body and skill set incredibly advanced by the time he was a teenager, but the same meticulously crafted marketing scheme that made Jordan a worldwide phenomenon was already set in motion. Before LeBron would become a senior in high school and before Jay-Z would release "The Black Album," the two were already close.

For Jordan, the hundreds of commercials and endorsement deals gave a personable glow to a man whose endless thirst for victory bordered on the inhumane. It wasn't until years later that Sam Smith's "The Jordan Rules" gave the public an unvarnished look at what MJ was really like. Nike saw a similarly transcendent talent in James, and knew the value of a prepackaged hype monster.

The first 10 seasons of James' pro career might be more impressive than anyone the NBA has seen since Jordan, but there's still a vague sense of disappointment when LeBron fails to live up to Jordan's million-miles-high standard. As James was entrenched in one of the worst pressure performances of his career on Tuesday in Game 3 of the 2013 NBA Finals, Jordan's name wasn't far from the fingertips of many overly eager observers ready to express their disappointment in him.

No, LeBron didn't finish 7-for-21 for 15 points in Game 3 because he isn't as mentally strong as Jordan. That's doing the Spurs a major injustice, as Mike Prada so expertly pointed out Wednesday morning. James' struggles in Miami's 113-77 loss were a testament to power of X's and O's, and to the will of Kawhi Leonard and the rest of San Antonio's army of long-armed, intelligent defenders.

Comparisons to Jordan will never be totally eradicated, but Game 3 served as the perfect reason why they should be. If LeBron can't measure up, who can? After all, the place James is at in his career offers a perfect entrance point to view Jordan. This season and these Finals are LeBron's MJ-in-1993.

The 1993 Finals were an all-timer to be sure, and Jordan's performance was legendary. He scored 55 points in a pivotal Game 4 victory and ended the series averaging 41 points, nine rebounds and six assists per game against a 62-win Phoenix Suns team.

Through three games in these Finals, LeBron is currently averaging 17 points, 12 rebounds and seven assists against a 58-win Spurs team.

There are plenty of problems with comparing eras. People have selective memories, the athletes and atmospheres have changed substantially, the Internet has evolved the way we watch and think about the sport. Watch highlights of Jordan in the 1993 Finals, slicing and dicing the Suns like it was nothing, and it's pretty obvious that Phoenix coach Paul Westphal wasn't nearly the defensive tactician that Gregg Popovich is. Westphal's own history proves that rather definitively.

James has proved that he should already be considered an all-time great player, but one who is not without cracks in the armor.

James has proved that he should already be considered an all-time great player, but one who is not without cracks in the armor. What happened in the Heat's Game 3 loss isn't exactly anything new for James. In the 2011 Finals, Miami was defeated in six games as LeBron averaged just 17.8 points per game against the Dallas Mavericks. There was that dreadful Game 4 effort, when James finished 3-for-11 for eight points. The next game he scored 17 points on 19 shots.

In the midst of a dominant series performance against the Boston Celtics in the 2010 Eastern Conference Finals, all anyone cares to remember is Game 5. That was the night James went 3-for-14 from the field for 15 points in a horrifying Cavaliers loss. He was still good enough to end the series averaging 26.8 points, 9.3 rebounds and 7.2 assists per game, but no one cared.

Jordan certainly had his own struggles coming up, losing to the Detroit Pistons three straight years in the Eastern Conference playoffs before finally conquering his demons. Part of Jordan's mystique is that once he "figured it out," he never reverted back. The man won the NBA championship and was named Finals MVP during his final six seasons with the Chicago Bulls after so many years of failure.

LeBron is an amazing talent and already an all-time great player; it's hard to think of any single entity that has lived up to the hype as well as he has. His game should be celebrated for its unselfishness and for how much his teammates love to play with him, two things that certainly could not be said about Jordan. The problem, of course, is that Jordan's standard is simply too high. LeBron genuinely seems like a nice person; we know now that Jordan had overt tendencies that made him look like a sociopath.

Jordan comparisons will never go away, but they take away from the brilliance of the individual unfortunate enough to be tasked with them. LeBron James isn't Michael Jordan, and there's nothing wrong with that.

• Prada: What happened to LeBron?