How the top of the draft goes will obviously set up all that comes after. Let's look at five scenarios for those first five picks.

Share All sharing options for: 2013 NBA Mock Draft: 5 scenarios for the top 5 picks

Needless to say, the first several picks in Thursday's 2013 NBA Draft will set the tone for how the first round will play out. Things are totally unrelated, and you have multiple players who could go anywhere from No. 2 to No. 9, from No. 1 to No. 6. It's madness! And it's all because this is a draft light on can't-miss options, a derby devoid of surefire stars.

So instead of providing one look at how it will play out, we'll look at just the top five, and we'll look at it five different ways. Let's mock.

You know, once upon a time, before Cleveland starting acting crazy, there was something like a consensus at to how this would go ...

Noel is a potentially elite big man whose drawbacks are a current injury, a lack of offensive refinement and strength. Everything else he brings is the reason to pick him. If he hadn't gotten injured at Kentucky this year, wouldn't his selection at No. 1 be a foregone conclusion?

The best guard in the draft. Orlando needs guards, and while they would have loved Marcus Smart, they can't pass up a guy sometimes billed as the next Ray Allen. The next Ray Allen!

Washington goes with the smart prospect who is versatile, plays a need position and is popular locally ,owing to being a Hoya. He can probably even do John Wall's tattoo removal surgery.

A frontcourt scorer is one of Charlotte's many, many needs, along with good players at every other position.

Similarly, there is no position, with perhaps the exception of point guard, where Phoenix would say, "Nah, we're good. Thanks." Olapido figures to be a solid two-guard at worst.

The Cavaliers' mascot has been hitting the bottle and has now taken over the war room.

What if the Cavs take Len? 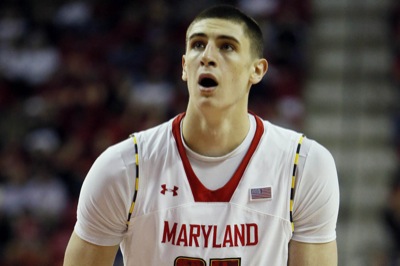 Gah! Our own Jonathan Tjarks is a Len fan. But there would definitely be a lot of ellipses and jokes if Cleveland went with the Ukrainian at No. 1.

"Thank you!" said the Magic.

The team's defense in 2012-13 was far too good to be a Wizards defense. Let's walk it back a little.

Despite Charlotte seriously considering Cody Zeller due to the run on big men, they go with Oladipo.

And McLemore's ploy to have an awful workout season to avoid getting picked on the league's worst teams almost works. Ah well.

But McLemore is picked by another team! Someone took one of the Cavs' insane trade offers.

... and Orlando thanks them a great deal.

The D.C. blogotwitterspherical complex implodes, and it is a wonderful sight to behold.

I'm sorry, but the hilarious report about the Bobcats wanting to trade Michael Kidd-Gilchrist so they can take Porter is too good to be something that didn't require narcotics to dream up.

A common thread in these scenarios: Phoenix is the beneficiary of every weird decision made in the top four.

But it's a trade! Cleveland gets Serge Ibaka, Jeremy Lamb and two charity bowling event appearances by Kendrick Perkins for No. 1.

Also a trade! The Magic land the No. 9 pick, Alexey Shved and Derrick Williams for No. 2 and Hedo Turkoglu's expense report.

Trade? Trade! No. 3 and Emeka Okafor for Luol Deng and a bottle of aspirin. Jimmy Butler plays 44 minutes per game next season at small forward.

Charlotte is tried to playing nicely with others, and keeps its pick.

... who is sent with Jared Dudley and Goran Dragic to Boston for Rajon Rondo. The Celtics go 20-62, land No. 2 in the lottery and pick Jabari Parker. But for one night -- Thursday night -- the Celtics are dead to the world.

So much for the Alonzo Gee era.

Orlando wants a point guard and a winner. This is what leads to Trey Burke going No. 2. Wants.

You know what leads to the Wizards getting Nerlens Noel? FATE. I personally credit John Wall's lucky tattoos, though.

I don't think we've paid enough attention to the fact that this dude's name is Tony Bennett.

Goran Dragic to Alex Len is a real possibility in 2013-14. Also, we definitely need Len playing against Blake Griffin four times a year.

Let's stretch this one out.

And there we go. An annual tradition: Ziller finds a way to make an elite prospect fall into the Kings' lap in one of his final mock drafts. We did it, y'all!

• Cavs offer No. 1 pick for Aldridge, Blazers say no

• Ziller: Darko and the million ways to go bust