Burke was selected by Minnesota with the ninth pick and then was quickly shipped to Utah.

Share All sharing options for: NBA Draft 2013: Minnesota Timberwolves select Trey Burke with No. 9 pick, trade him to Utah Jazz

The Minnesota Timberwolves selected Trey Burke with the No. 9 pick of the 2013 NBA Draft. Within seconds of the pick being announced, trade speculation arose. With Ricky Rubio already running the point in Minnesota, Burke did not seem to be a fit.

It was then announced that the Timberwolves had dealt Burke to the Utah Jazz for the Nos. 14 and 21 picks. Utah has struggled to solidify its point guard position in recent years, and the Jazz will now turn to the national player of the year to do so. 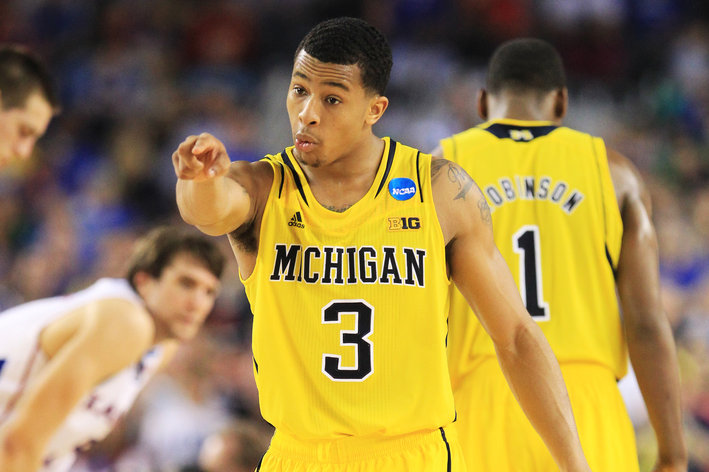 The Michigan point guard dazzled the nation all season, but is he going to be a star in the NBA?

Burke boasts one of the most impressive resumes in this draft. A talented game manager who knows how to win and has experience playing against quality competition, the consensus NPOY led the Wolverines to the national title game during his sophomore season before coming up just short against Louisville.

Burke isn't the most explosive athlete at the point guard position, but he can shoot the ball and run an offense. He doesn't need significant development, either, making him an intriguing prospect for teams in need of immediate help in the backcourt. At 6'1, he's a tad undersized, which only magnifies his lack of elite athleticism, but the Jazz must feel he's a player to build around for years to come.

• Tjarks: How international scouting has changed