With the pick acquired in the Trey Burke trade, the Timberwolves have taken Shabazz Muhammad.

Shabazz Muhammad has been selected by the Minnesota Timberwolves with the No. 14 pick in the 2013 NBA Draft. The No. 14 pick was acquired by the Wolves after they traded Trey Burke to the Utah Jazz. 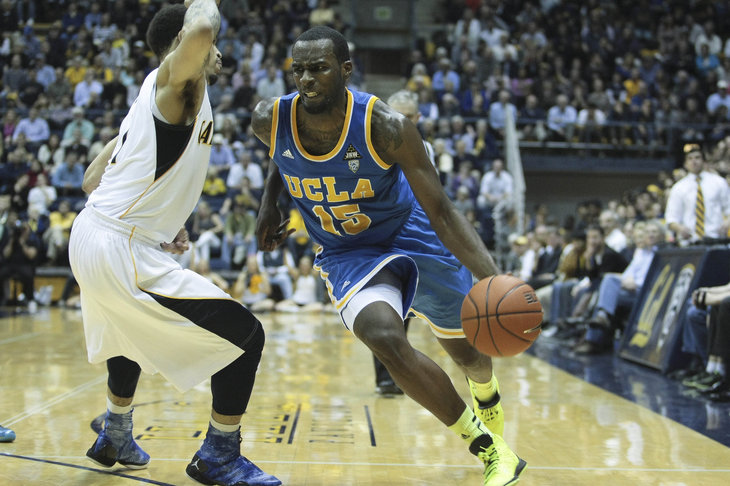 The 6'6 swingman from UCLA entered the year as one of the top freshman prospects in the nation, but his stock dropped when scouts learned that his family had lied about his age. NBA scouts had to adjust their evaluations when they learned that Muhammad is 20 years old (as opposed to 19). The controversy transformed Muhammad into a polarizing prospect, because the age discrepancy may have played a factor in his ability to emerge as the nation's top recruit.

At UCLA, he struggled to integrate into Ben Howland's offensive system. He posted solid scoring numbers -- 17.9 points per game on 44.3 percent shooting and 37.7 percent from three-point range -- for an underwhelming Bruins team, but only recorded 27 assists in 987 minutes. Muhammad has the tools to become an effective scorer at the next level, but he needs to work on the details of his game if he hopes to become a true impact player in the NBA.

Muhammad adds a scoring option off the bench for the Timberwolves with the potential to develop into a talented, all-around small forward to take over from Andrei Kirilenko. Muhammad's 6'11 wingspan and shooting ability should get him on the court his rookie season with the ability to help on the glass and knock down perimeter shots. Fellow UCLA product Kevin Love should benefit from having another scoring threat with the ability to spread the floor as a spot-up shooter.