2013 NBA Mock Draft: The Cavaliers, our final frontier of mystery

The NBA Draft is here, which can mean only one thing: no more random mock draft guessing! Well, after this mock right here.

Share All sharing options for: 2013 NBA Mock Draft: The Cavaliers, our final frontier of mystery

Happy Draftivus, everyone! The 2013 NBA Draft is upon us, and this will be SBNation.com's final and most inane mock draft of the season. At 7:30 p.m. ET, David Stern will subject himself to rude New Yorkers for the last time (until he gets in the cronut line on Friday and buys them out) as he announces the first 30 picks in the derby. Then the scepter will be freed as the next commissioner of the NBA, Adam Silver, hands down second-round judgments.

Things are still massively unsettled as of this writing. I (and every other mock draft, all of which know much more than I do) will use that fact to couch all guesses and explain all mistakes. I will also freely admit that this mock draft is 100 percent conjecture. There's not even a smidgen of enterprise involved.

I know that got you excited to read! With that, let's mock.

Thanks for keeping it fun, Cleveland, but it's time to come to Calipareezus and pick NerNo.

The whole push by teams further down the top 10 to convince everyone that McLemore sucks has been pretty sexy, but it's also pretty obvious to people like Rob Hennigan who are in the trenches.

Ernie Grunfeld wouldn't Alex Len his team's fans, would he?

The one terrible team that needs a big man in love with watching himself take shots.

The Suns almost can't lose: there are five strong prospects at the top, and they are guaranteed to get one at worst.

I honestly have no clue what to think about Len. But enough Maryland fans have cringed to give me pause about the glowing projections from some, including our own Jonathan Tjarks. 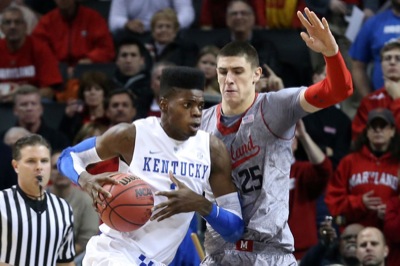 This is pretty much a coup for Sacramento. Note that the conventional wisdom has the Kings taking C.J. McCollum here. I just can't imagine new GM Pete D'Alessandro passing up a pick-and-roll wizard who can shoot.

McCollum is going in the top 10, though. I think. Possibly.

Caldwell-Pope in Minnesota is the best fit in the lottery, period. He'll do wonders for them ... if Rick Adelman, notoriously tough on rookies, plays him.

I can think of nothing that will make LaMarcus Aldridge happier than a project center three years from contributing.

On the one hand, new Sixers GM Sam Hinkie is all into advanced stats. On the other hand, Ben Howland. (When will we have enough former UCLA prospects to put together a class action suit? I mean, at least the abuse has ended.)

An easily dealable pick, and perhaps even someone the Mavericks can convince to stash. I mean, Michael Carter-Williams probably isn't consenting to spend his rookie season in Turkey ...

Am I the only one who keeps imagining Devin Harris on Michael Carter-Williams' body? Just me? Okay. 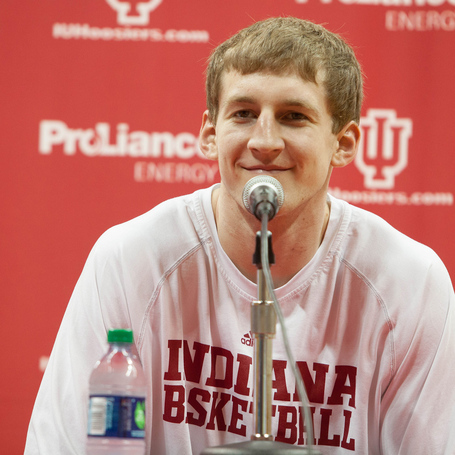 The Hawks have back-to-back picks and a wide-open roster. Jeff Teague is a free agent, so point guard seems like a smart target. And Larkin will potentially be quite good.

A Dieng-Al Horford frontcourt would be pretty incredible on defense, right?

Bebe! The next Anderson Varejao (because they are Brazilian Cavaliers, you see?).

Crabbe is one of a number of wing scorers (Jamaal Franklin, Tony Snell, Tony Mitchell) who could sneak into the teens or sink into the second round. I like Crabbe quite a lot, and not just because he shares a last name with a Harry Potter villain. (Lot o' nerds going to be buying this jersey.)

After watching Gerald Wallace struggle over the last few months, help on the wing is very necessary. Bullock is a plug-and-play type.

Tony Snell is the Andrea Bargnani of wings in that he is probably going to be a historically bad rebounder. He might average negative rebounds. But hey, he can shoot!

I, for one, can't think of a better heir apparent to DeAndre Jordan.

In a stunner, Livio Jean-Charles is the first Frenchman off the board. How I hope he's similar to Sacha Baron Cohen's character in Talladega Nights.

Kentucky prospects always go in the first round, even against all odds.

There's Gobert! A potential lottery pick falling to the Spurs. Because of course.