The Hawks grabbed James Ennis out of Long Beach State with the No. 50 pick, then traded him to the Heat.

Share All sharing options for: NBA Draft 2013: Atlanta Hawks select James Ennis with No. 50 pick, trade him to Miami Heat

The Atlanta Hawks selected Long Beach State swingman James Ennis with the No. 50 pick in the 2013 NBA Draft, only to flip him over to the Miami Heat, according to Yahoo! Sports' Adrian Wojnarowski. 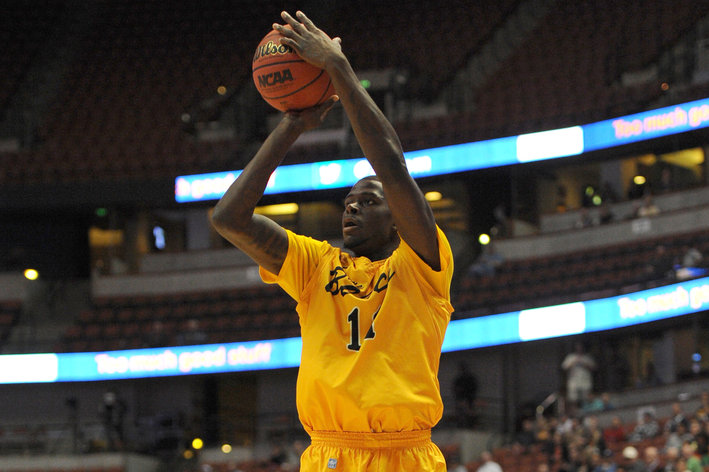 Ennis didn't get a lot of publicity while playing for the 49ers the past two years after playing at two different junior colleges prior to his Long Beach State debut.

Those who were able to catch a glimpse of Ennis in college saw a well-rounded player that could do a bit of everything from shoot spot-up jumpers to finish in the paint to lockdown the opposition's best player. The big question is whether he'll be able to do all of that at the NBA level, of course, but his being drafted means we'll find that answer out soon enough.

Ennis could provide the Heat with some versatility on the wing. Ray Allen and Shane Battier are finishing up their careers, and if Ennis can stick on the roster perhaps he can contribute soon or in a few years.