The undersized scorer has seen another quiet market in free agency. Why are combo guards like him finding a hard time to get money?

Nearly all of the major pieces have been snatched off the board as NBA free agency pushes into its third week, bringing forth a few undeniable lessons in this year's run to acquire veteran talent. Nets owner Mikhail Prokhorov openly stands in defiance of the luxury tax, stars still very much want to team up with other stars and the price of acquiring first-round picks in what's presumed to be a loaded 2014 draft class has skyrocketed.

All things considered, veterans are still finding their money under the new CBA, but there is one kind of player who seems to be getting squeezed out: the undersized scoring guard. Nate Robinson exemplifies their struggle better than anyone.

The cascade of activity, rumored or concrete, makes the start of every free agency period feel like a broken dam of information, but it still took nearly two full weeks for even the smallest rumble to come from Robinson's market. According to ESPN's Marc Stein, the Denver Nuggets are interested in the pint-sized scoring dynamo, and the Chicago Bulls are not keen on bringing him back due to the reservations of coach Tom Thibodeau. So far, that's all we know.

An apparent lack of suitors might come as a surprise to the 29-year-old Robinson, but it's certainly nothing new. Robinson has earned over $20 million playing in the NBA, but the end of his prime has been marked by minimum contracts even as his game has held up as well as ever.

How Brandon Jennings can retake control of his career 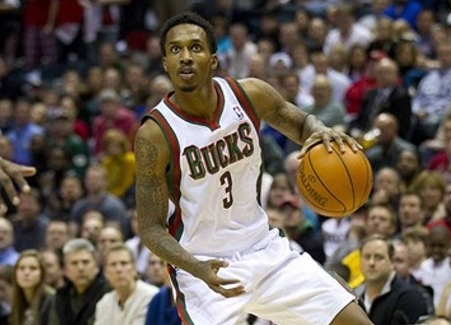 Tom Ziller on another forgotten guard in free agency.

It's likely that Robinson thought he was set for a huge raise after turning in what might have been a career year last season for the Chicago Bulls. Robinson didn't sign until the last day of July a year ago, and the best he could do was a non-guaranteed deal from a team that already looked stacked at point guard. The Bulls had previously signed Kirk Hinrich and drafted Marquis Teague, and everyone thought they would welcome star Derrick Rose back from injury at some point in the second half of the season.

Funny how things work out. Rose chose to sit out the entire season and make a full recovery, and Robinson was the main beneficiary. There were times last season when Nate Robinson did a damn good Derrick Rose impression, and that extended to clutch performances in postseason games when Chicago needed him the most.

For Bulls fans, Robinson turned himself into something of a miniature folk hero. He scored 34 points in an instant-classic triple-overtime victory in Game 4 of the first-round series against the Nets, with 29 of those points coming after the third quarter. In Game 6, Robinson was throwing up into a garbage can on the Bulls' bench after being one of several players to come down with flu-like symptoms, and he still scored 18 points and nearly willed the team to a victory.

After Chicago advanced to the second round by winning Game 7 in Brooklyn, Robinson did it again in the opener against the Heat. LeBron James fell on his head in the first half, but Robinson closed the fourth quarter scoring nine of the Bulls’ final 12 points to give Chicago an unthinkable Game 1 victory.

And yet Robinson still waits in free agency, with the hope of signing one more multi-year contract starting to fade. If Robinson can't coax a decent amount of change out of some franchise after all he did for the Bulls last season, it's likely he'll be playing on small deals (if not the minimum) for the rest of his career.

Robinson isn't the only player of his ilk to find disappointment in free agency. Bucks point guard Brandon Jennings was hoping to draw a maximum contract while playing in Milwaukee last season, but the restricted free agent is still unsigned as his own team made it a priority to give another point guard (Atlanta's Jeff Teague) an offer sheet before working out a long-term deal with him. Monta Ellis did get $28 million from the Dallas Mavericks, but only after the team lost out on Dwight Howard and Andre Iguodala.

It isn't hard to imagine Ellis drawing much more interest and something close to a max deal if he entered free agency at this point in his career, say, four seasons ago. That was when Ben Gordon left the Bulls to sign a $58 million contract with the Detroit Pistons.

Gordon was terrific for the Bulls during his peak, but there isn't a ton separating him from Robinson, at least not a $57 million difference. Gordon is six inches taller but is still undersized at two-guard. Robinson made over 40 percent of this three-pointers on greater than four attempts per game last season, something Gordon did the first five seasons of his career and never since. Neither plays much defense and both are certified crunch-time shot creators and shot makers. Combine Gordon's timing in free agency with the visceral disaster that is Joe Dumars with cap space, and it's easy to see why he should consider himself fortunate to have cashed in.

It has become apparent that Robinson will never be so lucky, even after a season when he was basically indispensable for Chicago. The ability to score in isolation in late-game situations would seem to be something teams would pay for, but Robinson's warts have trumped the things he brings to the table. Where J.R. Smith's burst of flames were considered an essential spice to the Knicks' offense (he signed for $24 million), Robinson was thought to be not worth the hassle.

It's enough to make you wonder if combo guards are the next market inefficiency in the NBA. Robinson is a player who has lasted in the league for nearly a decade despite obvious shortcomings, but somehow still has a tendency to look like one of the NBA's biggest bargains at year's end. Stars get paid maximum contracts to get buckets at the end of games. Nate Robinson can do the same thing for a fraction of the price.