Metta World Peace talked to reporters in Las Vegas about what he hopes to bring to the Knicks and how he decided to sign in New York instead of going to China.

Share All sharing options for: Metta World Peace signs with Knicks, ready to represent the 'orange and blue blood'

LAS VEGAS -- Metta World Peace is thrilled to play for the NBA team closest to his hometown of Queensbridge when he was growing up. In that sentence, "team" is the operative word. The idea of playing for this specific Knicks squad appealed to World Peace, not playing in his home city.

"It's all about the players. The team is amazing. The players are. I'm excited to play and hustle. I'm excited to hustle for [Raymond] Felton, Iman [Shumert], Tyson [Chandler], [Carmelo Anthony], [Amar'e] Stoudemire, coach [Mike Woodson]. That's all it's about right now," World Peace told reporters at the Las Vegas NBA Summer League. "It has nothing to do with New York City. The only thing that's important is those players that I'm joining."

The former Los Angeles Lakers forward agreed to a two-year deal with the New York Knicks Monday, where he'll give the Knicks a bigger small forward option to allow Carmelo Anthony to stay at power forward. World Peace may start or come off the bench, but he doesn't care which.

"I don't think I'm a missing piece," he said. "I'm more honored to be playing with these players. That's what I really think."

"I don't care if I'm sweeping the floors. I want to win," he said later.

World Peace kept everyone off-balance as he searched for a new team following his release from the Lakers. He toyed with the idea of playing arena football and seemed interested in joining the Shanghai Sharks, a Chinese Basketball Association team owned by former Houston Rockets star Yao Ming. He confirmed to reporters that China was a legitimate option, but he eventually decided on the Knicks. 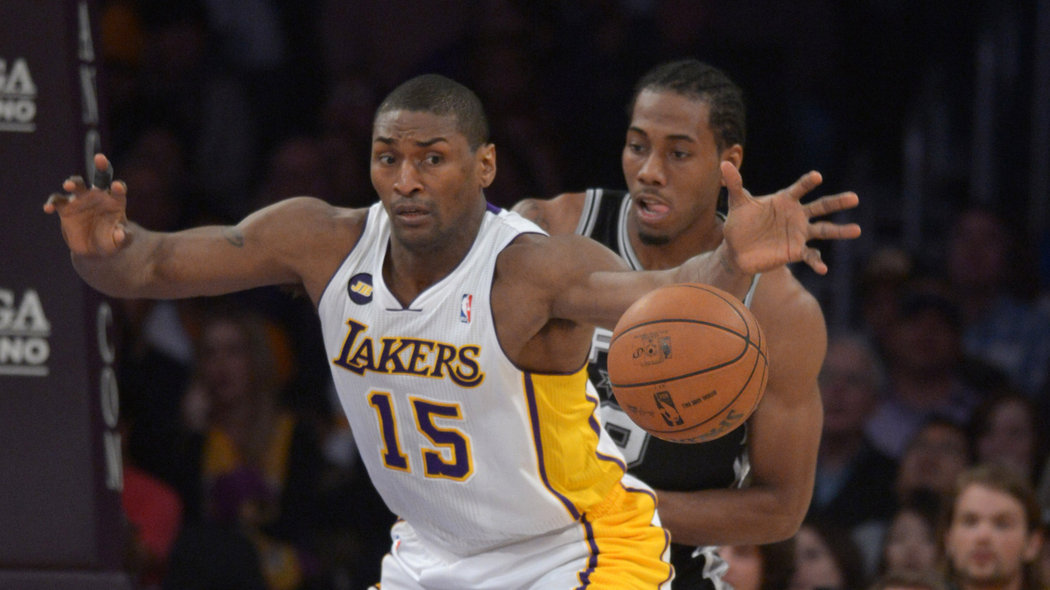 His signing comes 14 years too late to some Knicks fans, who hoped the team would select him in the first round of the 1999 NBA Draft. Instead, New York selected Frédéric Weis, who is best known for being embarrassed by Vince Carter in the 2000 Olympics. However, World Peace said it was probably a blessing in disguise that he didn't play for the Knicks when he was younger because he didn't think he could handle all the external pressures that come from playing close to home.

"I was glad I didn't go to New York early," World Peace said. "Maybe I don't finish my career in New York [then], you know?"

"You get into a world where you go from nothing nothing and then make a million dollars a year," he elaborated later. "So many people tell me, 'You're the best, you're the best.' You believe that, and you get in trouble. That's what happens with young kids raised in dysfunctional environments in dysfunctional neighborhoods. It took me 10 years for me to realize that you grow up in dysfunction and you are going to make mistakes if you don't change."

Ultimately, World Peace said he wants to bring "championship experience" to a Knicks team that won 54 games last season, but lost in the second round of the playoffs to the Indiana Pacers.