Not long after officially signing with the New York Knicks, Metta World Peace joined NBA TV's Summer League broadcast to briefly discuss the move and answer some questions. Taking a cue from his answers, the 33-year-old isn't envisioning some cheery farewell tour.

"I need something that's tough right now, and I want to win where it's hardest to win there, and that's home," World Peace said, sounding like so many other young people who head to New York City full of excitement and blind ambition.

For World Peace, heading back to his hometown is all about possible glory, that glimmering sliver of hope that he could bring championship basketball back to the sport's mecca, Madison Square Garden. On a Knicks team hanging on the fringe on title contention, he knows there's nothing more important than getting wins.

World Peace ready to represent the 'orange and blue blood' 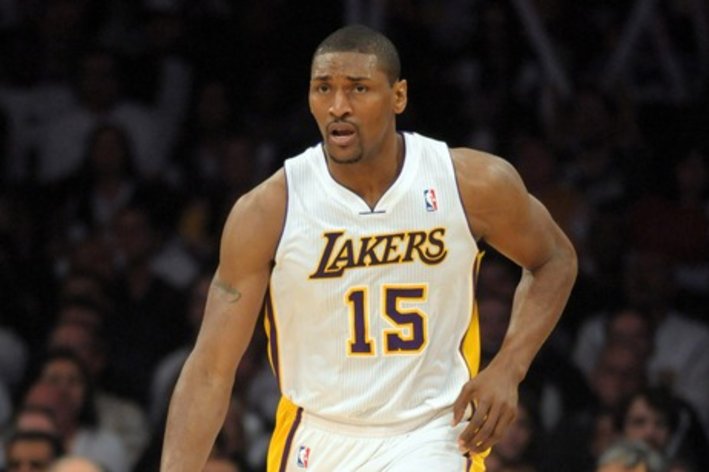 "I appreciate the opportunity to be a soldier for Melo and Amar'e, and the opportunity to add my molecules to that chemistry they already have … I really want to make the chemistry over there just continue to flow. I want to fit right in. I'm the type of player where I go hard, and I feel comfortable winning having eight points, or taking over a game if I have to, or just being satisfied with the win. That's what I want my teammates that I'm joining to understand about me. It has nothing to do with buckets, it's all about the win, that's it."

After advancing to the second round of the postseason in 2012-13, the Knicks will need players like World Peace to help put them over the edge next season. He seems fully comfortable taking on that kind of supporting role under Carmelo Anthony, not unlike his role on great teams in Los Angeles.

"You just let guys lead and when it's time to step up, then you do things like I have to do in Game 7, you step it up, like a man. And this man is ready to join Carmelo, ready to join Felton, ready to join Iman."

Still, while World Peace clearly can fit on New York as 3-and-D kind of small forward, it's in team chemistry where he expects to be a difference-maker.

"It's all about the chemistry at the end of the day. The role is do what's right, that's a role, do what you're supposed to do."

One imagines head coach Mike Woodson will have something a bit more detailed than that in mind for World Peace, but he'll presumably be on board after calling Woodson "the best possible coach out there." Still, while returning home to play for a respected coach sounds swell, there's really one reason World Peace isn't playing in China or the Arena Football League next year:

"Helping the Knicks organization put that banner on top of that thing up there, whatever it's called up there. That's what we need. That's what I'm here for."

Now that would be quite the homecoming.