How and why NBA coaches communicate advanced metrics to players

More teams are hiring coaches comfortable with analytics. But communicating those numbers and their ramifications to players remains a hurdle.

Share All sharing options for: How and why NBA coaches communicate advanced metrics to players

A few weeks ago at Brad Stevens's introductory press conference as coach of the Celtics, I had the chance to ask him how analytics influenced his coaching philosophy. Stevens's answer seemed to be a little cautious and calculated, as if he was testing his audience.

"I'm a numbers guy," he said by way of explanation. "That's just the way I was born. It's not like I embraced some statistical revolution. It's just the way my mind works."

Considering the fact that he was surrounded by a gaggle of sportswriters, his reluctance to delve into a lengthy discussion of metrics and lineup data was understandable. Especially for a team he hasn't coached yet. 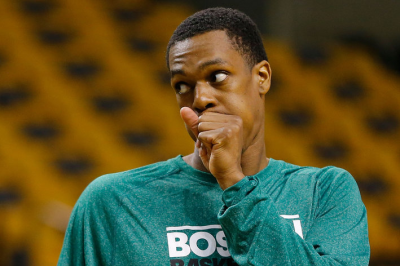 Paul Flannery argues that Brad Stevens and Rajon Rondo might be exactly who each other need.

This was Stevens's first public introduction to his players and he understands that as a young college coach he'll have to earn their trust. Announcing himself as a stat geek may not have been the best tact with pros who tend to be inherently skeptical about who they trust with their careers. Often for good reason.

Make no mistake. Stevens believes in an analytical process and that was a key selling point for Celtics president Danny Ainge. It's worth noting that while Stevens was a surprise choice, there were several NBA teams who considered him for their head coaching job precisely because of his approach.

One of the keys to his coaching tenure will be communicating the data to players so they buy into what he wants on the court. A process is only as good as its execution and that's where coaching comes into play.

"I am thrilled and excited about all of the information that we have to grab," Stevens said. "I've never really had that before. The key in coaching is to whittling it down to what can help you prepare and what can be applied on the court without overdoing it. It's a simple game in a lot of ways and playing with a clear mind is important."

I was thinking about this exchange when I read Gabe Kapler's excellent essay on WEEI.com about communicating the value of advanced metrics to baseball players. Kapler's point was that ballplayers are conditioned to believe that traditional numbers -- home runs, RBIs, wins and saves -- are what gets them paid, while the reality is that progressive front offices are studying reams of data to help them make more informed decisions.

"When we discussed our numbers with our agents, it was in the form of the traditional verticals, the ones we used for decades prior. We correctly assumed that our reps were using these statistics in conversations with the general managers of our clubs. We stood in the truth that our value - our worth as baseball players - was wrapped up in these metrics.

"Times have changed, but substantially less among players. While progressive front offices have altered the way they evaluate us, we have lagged far behind in the way we grade ourselves. It's akin to unhealthy communication in a relationship."

Baseball, of course, is famously tied to statistics. Whether it's balls and strikes or OPS+, we've been tracking baseball things since its creation. That the numbers have become more complex and nuanced doesn't change the fact that everyone who follows the game always thinks about numbers, especially ballplayers.

Part of that is the pace of the game. There's always time to consider an at-bat during the course of a game, or in the time between a player's next appearance. Baseball is also an inherently selfish game featuring individual matchups up and down the lineup.

Basketball is very different. It's a game that revolves around flow and context far more than individual battles and even within the space of a one-on-one matchup, there's a dozen more where they came from. There's simply less time to dwell on a possession when you're running back on defense.

That's not so say that basketball players don't think about their numbers. They do. Players are mostly fixated on box score numbers and why not? That's what's charted by the league and the boxes are freely distributed each and every night.

Those numbers are also what gets them paid, although in this advanced age of metrics that's slowly beginning to change. High-usage scorers like O.J. Mayo and Monta Ellis still scored contracts at or above mid-level rate, yet at a lower value than what might have been expected even three or four years ago.

There was a subtle shift this July as proficient shooters were gobbled up quickly in free agency while Ellis languished for weeks before signing with the Mavs. As teams place different priorities on value, players and their agents need to understand what will help get them another job.

Beyond that, the league is changing with several new progressive front offices in place and coaches who are on board with the shift in philosophy and tactics. Consider the Miami Heat, who won two straight titles primarily because of LeBron James's brilliance, but also because the front office used an analytical approach to identify role players for specific tasks. Erik Spoelstra was able to communicate expectations to his players, who went out and did their job.

It's easier to sell that kind of vision when roles are so clearly defined and a team is playing for a championship. It's much trickier with rebuilding teams where young players are fighting for their space in the league as much as wins and losses. This is also known as the curse of the second contract.

Stevens, Spoelstra and others walk a fine line in this relationship. There is very little quantitative information anyone can tell Kevin Garnett about playing defense. KG may not know his PER from his effective field goal percentage, but you can be damn sure he knows every tendency of every player in the league and exactly where a pick and roll is trying to go.

Not everyone is KG, but the NBA is filled with smart players who understand the game inside and out, from superstars to role players. Whether they think about the game analytically -- and many do -- or instinctually doesn't really matter.

Basketball is not linear. Every action produces a reaction and most of the reactions have options

What lies at the heart of the disconnect between cold analytics and the white-hot passions that burn throughout the course of a game is that basketball is not linear. Every action produces a reaction and most of the reactions have options. It's a game of intuitive feel honed by hours of repetition and that's exactly where the two sides should meet in the middle.

The numbers don't always offer solutions, but they do tend to generate better options and that's all an NBA team can offer with each possession and every front office decision. That's the next step in the analytics movement. What started in blogs has been appropriated by front offices and has now trickled down to coaches. Communicating those ideas effectively to players is the final hurdle.