Paul George seems likely to reach a big contract with the Indiana Pacers before any other team has a chance to get its hands on him.

It seems Paul George will be an Indiana Pacer for quite some time, as Marc Stein of ESPN reports that the small forward will reach a contract extension for the league maximum with the Pacers before the beginning of the upcoming NBA season.

George, a Southern California native, has been talked about as a potential free agent target of the Los Angeles Lakers when his rookie deal expires next season. But George doesn't seem likely to end up in purple and gold. Last week it was reported that Larry Bird would match any offer for the 6'10 small forward, which the Pacers would have the right to do as George will be a restricted free agent. But now, it seems even that won't happen: they'd rather reach a deal with George now than even allow other teams the possibility of offering him a contract next year. 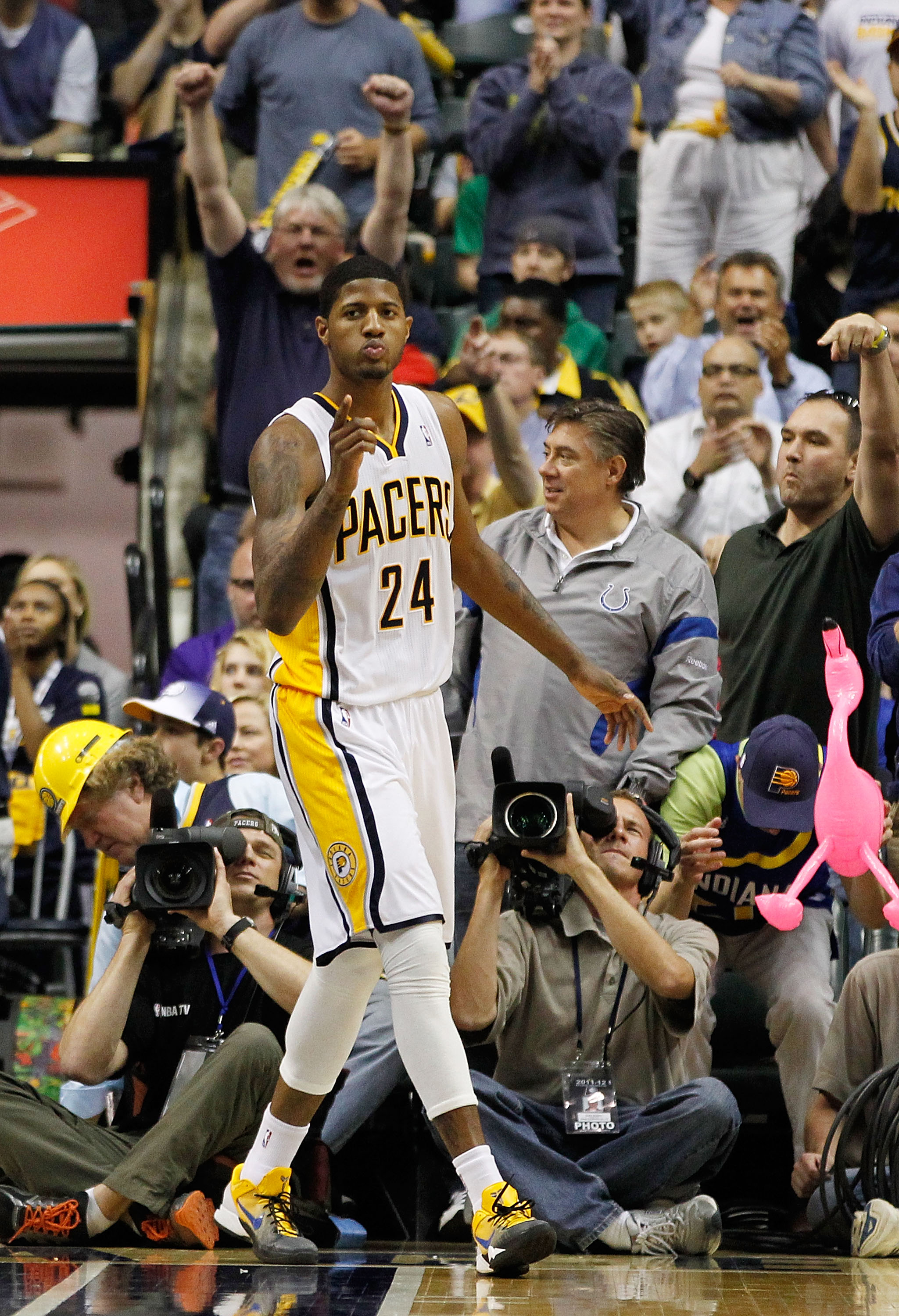 George had a breakout year this past season, as the Fresno State product was transformed from a guy who averaged 7.8 points as a rookie just two years ago to a player capable of leading his team to within a game of knocking off the Miami Heat in the playoffs. With presumptive star Danny Granger out for all but five games, he took the mantle as Indiana's key player, averaging 17.4 points per game to go along with 7.6 rebounds and 4.1 assists. He earned his first All-Star bid, and went toe-to-toe with LeBron James in the Eastern Conference Semifinals, bumping his scoring average up to 19.2 points in the postseason.