Greg Oden's comeback is unprecedented, but can it work?

It's been nearly four years since Greg Oden last played professional basketball, so why are teams lining up to risk millions on him?

Share All sharing options for: Greg Oden's comeback is unprecedented, but can it work?

Beyond talent, being truly great at something requires dedication and passion few people can muster. Brilliant musicians, engineers, architects, scientists and athletes spend thousands of hours advancing and evolving, ripening their skills to a level worthy of admiration and praise.

Not everyone can transcend what's expected, what's normal. But for those who do, it's as much an accident as an inevitability.

From the moment scouts laid their eyes on Greg Oden, a towering sculpture seemingly parsed together from the dreams of basketball gods, physical talent was never an issue. Long, athletic and instinctual, he was regarded as the next big thing throughout his high school days and freshman year at Ohio State. Draft Express offered this take in 2007:

"Oden was downright dominant from the tip, gaining incredible post position down on the low blocks that allowed him to simply turn and dunk the ball. His ability to gain such position in the paint is unmatched at the college level, and is comparable to that of maybe only Shaquille O’Neal and Yao Ming in the NBA."

And those scouts, so convinced of Oden's greatness that he got picked ahead of Kevin Durant in the 2007 draft and few batted an eye, were never really wrong. He was bigger, stronger and more talented than anyone the league had encountered in years.

But right from the beginning with the Portland Trail Blazers, staying on the court proved to be an issue. Eventually, the missed time wouldn't just impact his games played total, it started having a substantial impact on his development. Thing is, he was still pretty good. 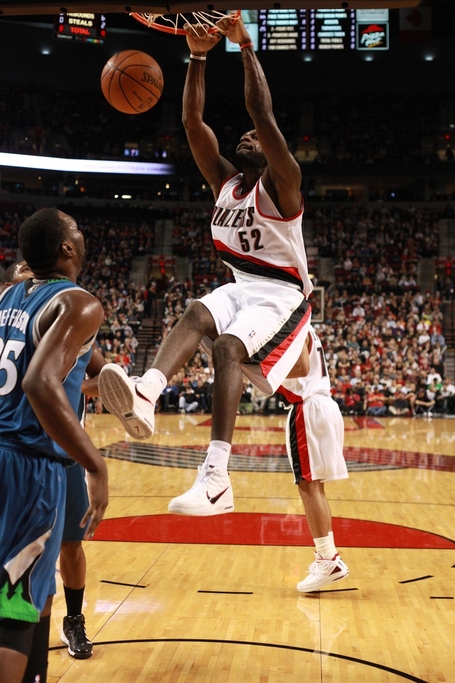 Greatness, despite the mere appearance of it, can never be eternal. Buildings, paintings and movies can be maintained and restored, but the breadth of thought, the ingenuity of eccentricity, the desire to innovate amidst stagnation -- such stuff resides only in the mind.

Aging takes that away from us all, some faster and more viciously than others. Among the cruelest of forces, time becomes our greatest enemy in the latter stages of life.

For most people, this brutal decline of ability comes in old age. In the life of a professional athlete, it can happen pretty much at the flick of a wrist. Or the bend of a knee.

It's July 2013, and Greg Oden hasn't played professional basketball since Dec. 5, 2009. In that game, against the Houston Rockets, he played just four minutes before suffering the kind of knee injury everyone knew would be devastating. He left the court on a stretcher.

Oden suffered a complete fracture to the patella in his left knee that night in Portland. In the game prior to the injury, he recorded 13 points, 20 rebounds and four blocked shots, giving Blazers fans one final glimpse of their franchise player actually looking the part.

A direct result of that stunning talent, Oden continues to receive attention from NBA teams these days. The Dallas Mavericks, Miami Heat, New Orleans Pelicans, Sacramento Kings and San Antonio Spurs all have interest in signing the 25-year-old, despite the fact he's nearly four years removed from his playing days.

Less than 18 months ago, Oden underwent microfracture surgery on his knee for the third time, a death sentence for most, but not someone like him. Entering next season, assuming he eventually signs with somebody, Oden will be entering some unprecedented territory. Frankly, it's a tad bizarre more people aren't talking about how unusual this all is.

Take four years off from practically anything, and you'll surely come back worse than before. Now imagine trying to come back from that time off not only as good as before, but better. 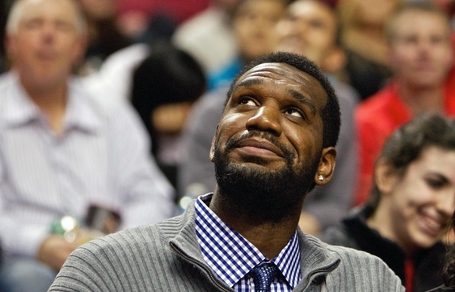 In looking to make his NBA comeback next season, Oden will be coping with these challenges. Under bad knees taking away from his foot speed and jumping ability, he'll be a fraction of the athlete he was prior to multiple surgeries and years away from the game. At his best, he could've been a legend.

Instead, he's being asked to polish up his game significantly post-hibernation, not to reach that All-Star level, but simply to get back to where he was after years on the sideline. In the history of the NBA, few players have taken off this much time and returned to play at a level even close to where they left off.

The reality is that basketball demands elite athleticism and muscle memory from its players, the sorts of which requires daily preparation and conditioning. When injuries or off-court issues take you away from the game for years at a time, it's hard to get those kinds of things back.

It's equally as hard finding case studies that would accurately reflect Oden's situation. The most obvious example would be Zydrunas Ilgauskas, but even his early-career issues pale in comparison. Battling foot injuries, the 7'3 Lithuanian played in just five games from April 30, 1998 to Oct. 31, 2000, but still put together a lengthy career.

That's 28 months. Assuming Oden even comes back for the first game of the 2013-14 season, he'll have played zero pro basketball in about 47 months. Most players simply don't have the talent to withstand the kind of setbacks he's suffered. Most executives and coaches just move on after things fall apart so flagrantly.

This isn't to say Oden's career is utterly doomed. He's still just 25 years old, incredibly big and his determination to make a comeback reflects some impressive personal resilience. It's still been just six years since really smart people believed this guy was destined to accomplish some pretty special things. Many of those people still retain hope, which explains his imminent signing with a new team.

But what he's trying to pull off, returning after four years to play NBA ball at a high level, hasn't really been done before. That he's even gotten this far, positioning himself in a miniature bidding war for his potentially-useless services, is just the latest example that he's as special as everyone said.

• Why the NBA just gave the Thunder $15 million