After decades of hiding painful childhood memories, former NBA All-Star Kenny Anderson is ready for a new phase in his life

To watch Kenny Anderson play, when it was among the most important things in my life, meant parking at Giants Stadium, climbing a long flight of stairs along with a few thousand other fans -- many of them, as was the fashion at New Jersey Nets games in the early 1990's, wearing replica jerseys for the visiting team's stars -- and then walking across the New Jersey Turnpike. This was a long walk, and a loud and nervous one, with traffic buzzing and bumping up through the enclosure's wooden planks. Before and after games, the crowd boiled and stalled at the bottom of the stairs before narrowing into the enclosure. Some fan, or some fans, would low like cattle as we made our way across.

That is not magical country. What was then called the Brendan Byrne Arena -- and would later be the Continental Airlines Arena and then after that the Izod Center -- is surrounded by a tangle of North Jersey wetlands and gargantuan, alien industry. The air, even on winter nights when the marsh was frozen, was smokestack sour and swamp-farty. The kill-floor crush in the pedestrian passageway over the highway felt less like an insult than an encapsulation of the experience we were paying for.

But then on the other side of the passage was -- well, another, smaller parking lot, but beyond that the graceless white right-angles of the arena. And inside that, in another rectangle -- this one luminous and logo'ed and, finally, throwing off some awe -- was the court where the Nets played. Kenny Anderson was the team's point guard, and while I surely read and heard that he was the Nets' future, he was -- for me and my friends -- really more its present, and ours.

We saw his every game, and then saw him again in ourselves on the schoolyards in the skinny, awkward homage we paid him.

We were deep in the urgent, over-important endless present of childhood and fandom, and Kenny Anderson was very young and very brilliant and as important to us, at those moments, as anyone breathing. We all had a certain amount of data that lived on the tips of our tongues where Kenny Anderson was concerned. Born: Queens, New York in 1970. Educated: Archbishop Molloy High School in Queens, then Georgia Tech. Acquired: 1991 NBA Draft, second overall selection. A First Team All-American in 1991 and a NBA All-Star three years after that.

We saw his every game, and then saw him again in ourselves on the schoolyards in the skinny, awkward homage we paid him with every extraneous between-the-legs dribble. Anderson was not really a great player -- he was not a great or ever a particularly good shooter, he made mistakes on defense and sometimes played wildly out of control -- and we knew this, although I'd forgotten how very good Anderson was with those Nets teams, and for a long time after in what wound up being a 14-year career. Anyway, it didn't matter. When he was playing, he mattered.

We never really thought about how he got to that court, literally and figuratively and otherwise. This because we were kids, and fans, and because he was gifted enough at what he did to seem strange and superhuman. The court, very far below our seats, was where we knew him, and how he played was who we knew him to be, and that was that. And then we were back up over the highway and then on it, home and on our own journeys, which of course seemed at the time very important.

The Nets traded Anderson during the 1995 season; he played for eight NBA franchises after that, provided you count the Charlotte ('95-96) and New Orleans Hornets ('02-03) as different teams. The more he moved the less visible he became; Anderson played four games as Marko Jaric's backup on a sub-mediocre Clippers team in '04-05 and then a year in Lithuania and then he retired. He'd earned over $60 million, fathered seven children by five women, and married and divorced two of those before settling down with his current wife in 2007.

But this is more biographical non-information, floating data particles that hint at a life. It's all we knew. We were fans, and kids, and so we left Kenny Anderson on the court.

They certainly do not add up to Kenny Anderson as he lives and breathes today.

What makes those various factlets and figures about Kenny Anderson more or less meaningless is not that they don't convey information, but the vacuum in which they exist. They suggest some things, but there is nothing to feel or know, really, about 14 years of very specific numbers and a few c.v. items floating around someplace airless and, if not quite cold, then at least far from any source of heat or light. They add up to very little. They certainly do not add up to Kenny Anderson as he lives and breathes and stubbornly, humanly is, today.

The bigger and more complicated thing that both explains and dwarfs those facts is the totality of Anderson's life, which began in a multiply broken family in Queens and became something else on a basketball court and which is going on, now, and a long way from being over. This is the sort of thing that fans do not necessarily think to ask about, or maybe care to know about. What's on the floor is left there, and then everyone goes home.

There's a whole comfortable world of jock-retirement into which it was possible to imagine Anderson floating happily -- creaking around a vast manse somewhere in Florida; showing up to basketball camps and maybe doing some broadcast work or coaching; Vegas or golf or big-ticket red wines or some other diversion. This world is maybe not real, or not as real as an equally easy-to-imagine one of spiraling financial anxiety and heavy boredom and acrimony-marathon divorces. Anderson did that, too, with his second wife, Tami Roman.

Anyway, we don't generally ask about any of this. It's not incumbent on Kenny Anderson to tell us anything about any of it. It is sort of extraordinary that he's doing that anyway. It is definitely extraordinary that he is telling us more than what might make him -- or those of us who watched him play -- comfortable, and more than makes him look good, or heroic. He's doing this in the Penis Monologues, a sort of stage play/therapy session/storytelling contest organized by Anderson's longtime friend Joe Brown, Jr. He's doing it in an autobiography called Instructions Not Included, which is due out in March of next year. If Brown can figure out a way to get this television show made, Anderson will tell it there. He sat down on a couch in midtown Manhattan, next to Matt Ufford and before three rolling cameras, and told him and everyone watching, too.

Kenny Anderson will say it: he was sexually abused.

Kenny Anderson will say it: he was sexually abused, in two separate instances and by two separate monsters, during a harrowing early life that he will also tell you about. That life -- ungoverned by a mother too addicted and conflicted to be much of a parent, then ungovernable by dint of the heavy freedom his talent for the game gave to him -- did not prepare him for any kind of life but the one he'd suffered through. It bruised and broke him, as of course it would. It helped make him a person he no longer likes much, or much resembles. He wants to talk about it now, all of it.

If it's difficult to imagine all those years of not dealing with all that hurt -- or of dealing with it by womanizing and drinking too much and other exhausting, costly ways of not dealing with things -- it is difficult, too, to imagine months or years of dealing with that hurt again and again, in public and on the record. Anderson does not need money, does not even really want attention -- when he goes to Rucker Park to watch basketball, which is infrequently, he sneaks in and does not make his presence apparent. "I just don't like too many people [around]," he said. And now too many people are about to ask him too many questions. That's Anderson's reward for this.

A night at Penis Monologues 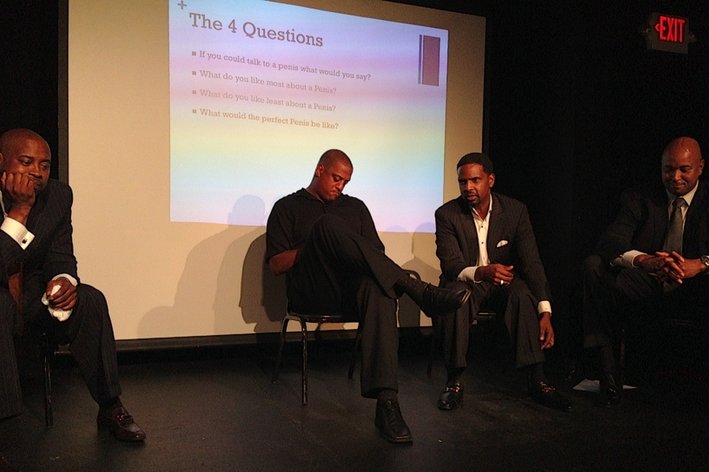 SB Nation's Seth Rosenthal attended the premiere of the Penis Monologues, during which Kenny Anderson opened up for the first time about being abused. He recaps the bizarre spectacle, and what good may come from it.

And that is maybe part of why Anderson shifted and snarled as he went over it all. Why his voice went sharp and loud when he talked about the abuse and heavier and sadder when he talked about the person -- the father and husband and man, all wrong in various ways for various too-long stretches of his life -- who grew up from that kid, who had those things happen to him, in that time and place. He is living in this, with all that, and now he is going to take that show on the road, and show it. He knows that he is going to have to spend a lot of time on something he spent much of his life avoiding.

Anderson is, obviously, doing the right thing, both for himself and for other people who have suffered as he has. There is only so much elusion and evasion allowed in a life. Facing this down is a brave and frightening thing -- and, as it happens, the only thing that will allow him to be the father and husband and man he clearly wants to be. But, in another sense, he's once again doing something he's done better than anyone, for all his life: facing up opponents and getting past them.

After he had talked about it all, after he'd waded into and through it, Anderson sat back on the couch and talked about the thing that got him out of Queens, that took him everywhere. "Me and my basketball, in the park" he said. "I'd just go to the park. Whoever was in the park was who I was talking to, but I've always been sort of a loner." This was the basketball he played before anyone was watching, the same game and different. There are a lot of parks in New York City, a lot of places to show out and be the Kenny Anderson that basketball let him be.

So Anderson would go there. "Me and my mentor, Vincent Smith, we'd work out and do drills and all that, and then just go to every borough," Anderson remembered. He was smiling, finally. "Find the best competition. And just kill 'em." 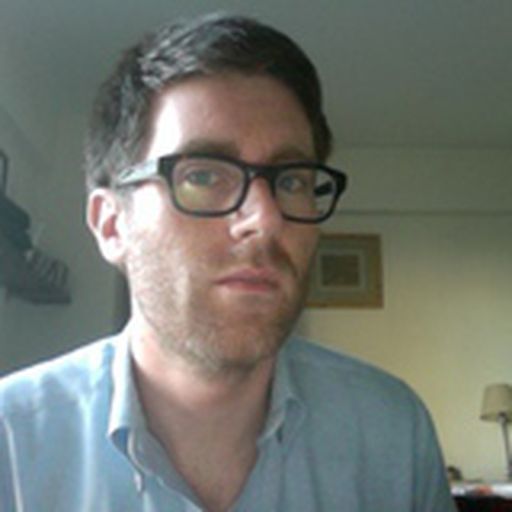