The Kings will reportedly sit down to talk extension with DeMarcus Cousins' agent soon, but there's no reason for Sacramento fans to fear the worst.

Share All sharing options for: Why extending DeMarcus Cousins isn't really much of risk for the Kings

Sacramento just survived a near relocation. And now, four words are popping up here and there, threatening to re-sweat those palms all over again: "DeMarcus Cousins max contract."

Using the same method that told us John Wall (another Fegan client, by the way) is worth the max on Thursday, we find that Cousins "earned" about $14.5 million in 2012-13. That figure is suspiciously close to the max for an early extension candidate. And like Wall, he's 22, and likely sees his most productive years ahead. 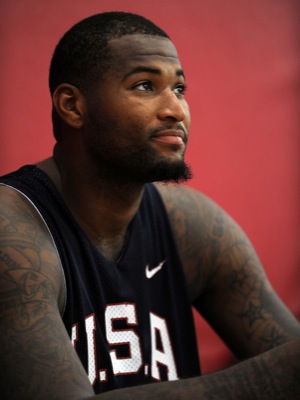 Sactown Royalty reacts to the news

But the new front office and ownership group can't stop raving about Cousins. From Day 1, owner Vivek Ranadivé and GM Pete D'Alessandro have called Cousins the cornerstone of the team. Tyreke Evans was so quietly addressed that he almost felt like a human sacrifice at the altar of Boogie. (Tyreke ended up in New Orleans in a sign-and-trade.) New coach Michael Malone, known as a firebolt screamer, has raved about Cousins while admitting they may clash because, gosh darnit, they both just want to win so badly.

The Kings have made it clear: all aboard the S.S. Boogie. No life jackets needed. A max extension would just be, well, an extension of that philosophy. Surely, those of us who watched Cousins get ejected in the finale of his rookie season, pick up a tech in the final seconds of last season's emotional closer and sullenly ignore media questions after one incident or another -- we're a little nervous. But when you look at it dispassionately, there's not a whole lot of risk here.

Worst-case scenario: the cycle continues. Cousins puts up fantastic production numbers (17 points, 10 rebounds), middling efficiency numbers, is a defensive minus, clashes with the coach, fails to mesh with his guards. So ... you trade him! Every freaking time there's been an incident over the last three years, HoopsHype immediately lights up with rumors from 10 different teams who want to trade for Cousins. You know why? Because of those production numbers, because of his size and agility (still a crazy combination) and because of the list of reformed hotheads the league has seen over the decades. Rasheed Wallace. Chris Webber. Charles Barkley. You can be a jerk to refs (Sheed), your coach (Webber) or everyone (Chuck) and still get numbers, earn your keep and win lots of games. Everyone knows that. That's why they line up every time he blows up. 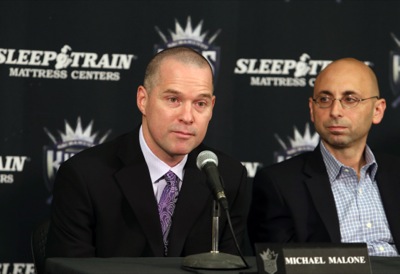 So extending Cousins with a fat contract isn't too much of a risk with regard to his attitude, because the next team will always believe he can be fixed. With his numbers, he's worth the trouble, even at eight figures. The real risk for Sacramento is hamstringing itself with regard to team-building. The pitch I expect the Kings' front office is making to Cousins is that if he takes less money or drops more into incentive clauses, they can afford to keep a long list of restricted free agents due for raises in 2014 (including both Isaiah Thomas and Greivis Vasquez) and add more talent around him. Cousins has openly desired a shot-blocking center to play next to him; he misses Samuel Dalembert's presence. If Cousins takes $12 million a year instead of $15 million, that money can help get a shot-blocker. Give him a metaphorical stake in the team like that, and chances are that whether Boogie grows up or not, the Kings can build a better team. And we all know wins are more conducive to happiness.

This whole exercise is difficult for the Kings, but it's also an opportunity to lock up a fine young player while preserving some space for more.

• Ziller: Is Wall worth the max? It's complicated