Kobe Bryant to Dwight Howard in meeting: 'You have to learn how it's done'

The selling point by Lakers star Kobe Bryant to free agent Dwight Howard came in the form of a challenge.

Share All sharing options for: Kobe Bryant to Dwight Howard in meeting: 'You have to learn how it's done'

Kobe Bryant's role in luring center Dwight Howard back to the Los Angeles Lakers came with the guard's typical relentless and attacking attitude. Witnesses told Yahoo! Sports Adrian Wojnarowski that in the Lakers' meeting with the free agent, Bryant told Howard he must "learn how it's done."

Instead of trying to mend a relationship that is rocky because of two very different personalities — Howard, the goofy, big kid, and Bryant, the serious and tireless worker — Bryant challenged Howard to listen to him and learn how to adapt and improve despite criticism. 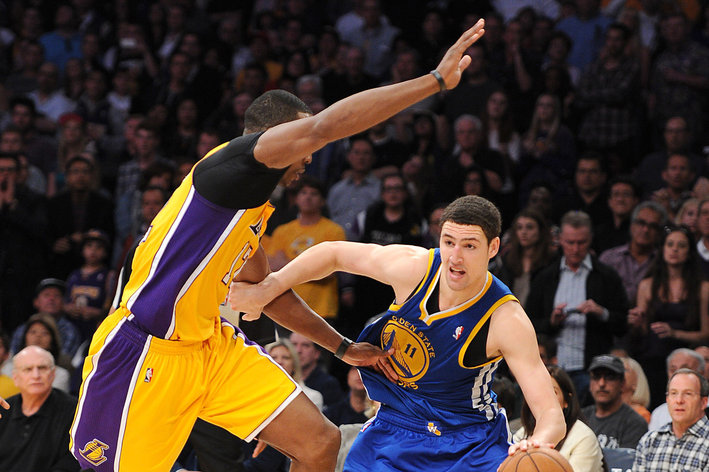 Should the Lakers trade Dwight to the Warriors?

"I know how to do it and I've learned from the best — players who have won multiple times over and over," Bryant said, according to witnesses. "Instead of trying to do things your way, just listen and learn and tweak it, so it fits you."

In the meeting, Bryant told Howard he would continue to push him if he re-signed with Los Angeles. At the same time, Bryant was clear in saying that the Lakers need Howard.

Howard went to Colorado after meetings with the Lakers, Warriors, Hawks, Rockets and Mavericks this week. He will mull over his options and could make a decision on his destination within the next few days.

• Flannery: Tanking and rebuilding | Ziller: When it's OK to overpay