Shot creation's value is a function of team construction

The vexing question on the importance of shot creation is further complicated by team dynamics.

Share All sharing options for: Shot creation's value is a function of team construction

Many sectors of player performance are easy to understand and value properly. Efficient shooting is good! There is a direct, strong correlation between shooting efficiency and offensive performance, and between offensive performance and team success. Rebounding, good! Turnovers, bad. Free throws, good. Personal fouls, bad. Shooting is about 25 percent of the total team picture. Shooting defense is another 25 percent, and rebounding, turnovers and free throws on both ends split the rest.

That's what shot creation is, really: the act of getting shots. While you obviously need folks capable of putting the ball in the basket once the shot has been set up, the set-up is hugely important when you think about it. Contested shots are less efficient across the board than uncontested shots. Jumpers taken off the dribble are less effective than spot-up jumpers. Proximity to the basket and proximity to the defender are two key elements that decide whether a shot is likely to go in. Both of those factors stem from shot creation.

Intuitively, shot creation matters. But not all basketball observers -- and in fact, not all basketball analysts -- think it's really much of a skill to "create shots." Allen Iverson was a pretty great litmus test along these lines. Iverson took tons of shots at below-average efficiency. If you don't think shot creation is a valuable skill, then all of those "extra" unassisted shots that A.I. took were wasteful. The Sixers would have been better off spreading those shots around to other players, right?

But what if those other players would have done even worse with the shots? Iverson's best Philadelphia squads were defense-first endeavors, so giving Aaron McKie and Dikembe Mutombo the rock isn't a great idea. Plus, Iverson soaking up such a huge portion of the offense allowed others to save their energy for defense.

How do you measure that impact, though? What's the difference between an Iverson and a Jordan Crawford? A Carmelo Anthony and a Rudy Gay? An Al Jefferson and a DeMarcus Cousins?

It's a complex problem in this sport, and a huge reason is that the value of a created shot is wholly dependent on the team's dynamics. For example, if you have a team replete with efficient shooters (say the Spurs), "creating" a mid-range pull-up jumper is not terribly valuable. That's probably a worse shot than the team is likely to get over the course of a 24-second shot clock. But what if you're the Bobcats, and you're Kemba Walker, and you use your quickness to get free in the lane, but the opponent has packed the paint, so you pull up for a jumper? It's a little different. There probably aren't a whole lot of better shots available to the team. The value of Walker's theoretical created shot is more than the PUJIT in the Spurs example. But how do we assess that on a grand scale, and how to we assign numbers, theories and rules to it? Is it even possible?

Here are two real life examples that show just how complicated this problem can be.

The Celtics: Rajon Rondo is typically one of the team's top shot creators, though he doesn't shoot a whole lot. He averaged 11 assists per game, and took 12 shots himself, of which only 24 percent were assisted by another player. Paul Pierce had a much higher usage rate, but almost 60 percent of his makes were assisted. Rondo is creating more shots for that team. He got injured in January; Boston played a similar number of games with Rondo and without Rondo last season. If Rondo's shot creation were valuable to the Celtics, you'd expect the lack of Rondo to hurt the offense.

Who will score for Boston? 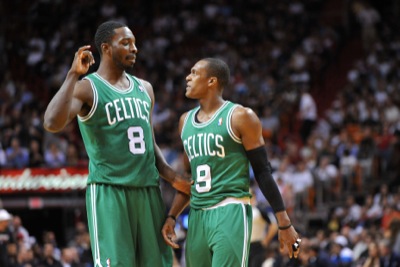 Instead, Boston's offense was much more efficient (+3 points per 100 possessions) after Rondo's injury. The team's assisted field goal percentage -- the share of two-point makes coming from an assist -- dropped from 57 percent to 52 percent, but the shooting conversion rates bumped up. The team had an effective field goal percentage of 49 percent with Rondo and 51.7 percent without him.

One of the arguments is that without the shot creator, others will have to take on a bigger role and become less efficient. Four Celtics saw major boosts in their usage rates with Rondo out. Two of those -- Jason Terry and Jeff Green -- were substantially more efficient in the larger roles. (Terry's usage saw a 10.5 percent increase, and his eFG improved five percent. Green's usage increased nine percent, and his eFG improved 17 percent.) Kevin Garnett's usage increased substantially, but his efficiency fell only slightly. The one player who really suffered in terms of efficiency in the bigger role absent Rondo was Avery Bradley; his usage increased about eight percent; his eFG fell almost 10 percent. (And it was already low in the first place.)

What does this tell us? Terry and Garnett have been high-usage players in their careers, so perhaps moving back to that status wasn't a big change. (Terry, in fact, seemed far more comfortable with the ball in his hands than before Rondo's injuries.) Green is a special case; he found a vial of Larry Legend's secret salve on the cape's shore and took it right when Boston needed him most as Rondo went down. The rest is history.

As for Bradley, he seems to be the type of player you fear asking to create shots. And he's basically the argument for the value of Rondo's shot creation: because the alternative is Avery Bradley creating shots. (Another alternative was Jordan Crawford creating shots -- the Celtics went out and traded for J-Craw after Rondo and Leandro Barbosa went down.)

But on the whole, Boston did not suffer for the lack of Rondo's shot creation, perhaps because able shot creators were available at other positions.

The other example is less vexing.

The Thunder: Oklahoma City, of course, lost premier shot creator Russell Westbrook in the playoffs. Westbrook is perhaps the league's top shot creator -- he was the last time I ran the numbers. He got hurt at the end of OKC's second game against the Rockets in the first round of the playoffs. The Thunder faced the Rockets three times in the regular season with Westbrook, twice in the postseason with Westbrook, and four times without him. Here's what the Thunder's offensive numbers looked like in each set. 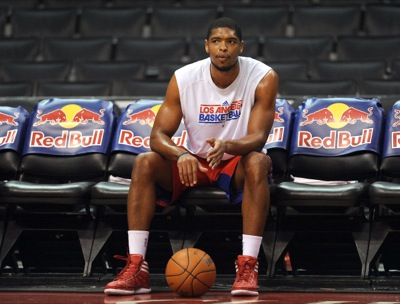 Welcome to Loud City breaks down the Thunder's newest signing.

That's a precipitous drop with identical rosters and identical opponents. (The Rockets' Jeremy Lin was gimpy in the postseason, but his replacement, Patrick Beverley, is only marginally better defensively at best.) And here's the thing that makes Westbrook a good case study: he's one of those shot creators who isn't all that efficient himself. Observers constantly wonder how good the Thunder could be offensively if Westbrook would take fewer unassisted shots. But without him creating all those shots, the offense faltered.

On a player basis, the usage was primarily soaked up by Kevin Durant (who handled it beautifully with essentially no drop in efficiency) and Reggie Jackson (who also handled it pretty well). Serge Ibaka's usage rate didn't go up much, but his efficiency totally tanked without Westbrook, suggesting that perhaps the point guard is essential to Ibaka's offensive success. (That merits further study.) Kevin Martin might seem like another candidate for an efficiency drop without Westbrook, but he was awful in the two games Westbrook played in the postseason. And that reminds us that the sample size issue here is glaring us right in the face. That's why this is more a case study than an in-depth exploration.

Two examples of major shot creators being removed from their teams, and two different team results and a whole lot of variance among the players most affected. Shot creation is magnificently contextual, and it'll be interesting to see if the analytic community that doesn't work exclusively for NBA teams can come up with some answers.