How did Daryl Morey pull off the free-agent coup of 2013 and get Dwight Howard? With four years of planning that allowed him to rebuild his roster while not tanking.

Share All sharing options for: Dwight Howard signing with Rockets was a move years in the making

You already know what grade the Houston Rockets are getting for signing Dwight Howard, so let's talk about how Daryl Morey actually pulled this thing off. This move was the culmination of several years of cap flexibility and asset accumulation, all while not performing terribly like so many teams that try to rebuild.

The rebuilding effort really began in earnest after 2008-09, the Rockets' most successful season. This was their roster and salary situation, via StoryTeller's Contracts Page:

If Morey had his way, this team never would have been broken up, but injuries struck. Yao's foot injury suffered in the 2009 playoffs essentially ended his career, while McGrady never really recovered from microfracture surgery. Neither player suited up for Houston for very much time after the 2009 playoffs. Yao missed the 2009-10 season and got hurt early in the 2010-11 year before calling it a career, while McGrady and his massive expiring contract was dealt to the Knicks at the 2010 trade deadline for a treasure trove of assets that included Kevin Martin. We'll get back to Martin in a second.

Despite blowing up their roster, the Rockets never really tanked. Led by great coaching from Rick Adelman and some career performances by previously unheralded players, the Rockets were able to stay around .500 for the next three seasons. As this was happening, Morey was systematically demolishing his roster, building assets and replacing the ones he let go with cheaper, better options. As an example: Trevor Ariza was supposed to be a core piece for the next several years when he was signed to a five-year, $33 million contract in the summer of 2009, but after a rough first season, he was moved in a salary dump for Courtney Lee. A year later, Morey drafted Chandler Parsons at the beginning of the second round, and he proved to be a steal, exactly the kind of player the Rockets hoped they were getting with Ariza.

Dwight: From draft to Rocket 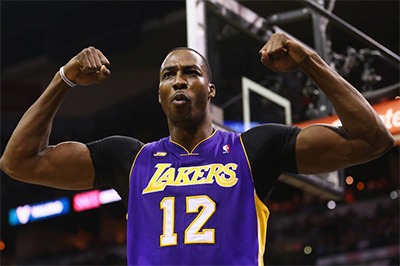 Scott Schroeder leads us through the Dwight Howard timeline, from becoming the No. 1 pick in 2004 to Houston.

But by 2012, it seemed like the wheeling and dealing was going nowhere. The Rockets were finally preparing to be outright terrible because their top players were caught in awkward contract situations. Kyle Lowry was two years removed from free agency and was grumbling about his role. Goran Dragic, who starred as his replacement, was a free agent. Scola, who had been the rock of the frontcourt for so many years, aged in 2011-12 and nobody wanted to trade for his big contract. Rather than keep all three and lock the Rockets into cap hell, Morey made the bold decision to let all of them go. He traded Lowry to Toronto for a first-round pick that would prove to be crucial, let Dragic walk and used the amnesty clause on Scola, a surprising decision to many around the league. To replace them on the roster and get above the salary floor, Morey gave unique contracts to Jeremy Lin and Omer Asik, two second-round picks with upside that wouldn't cost too much.

Morey's patience finally paid off with the biggest move of his tenure: the October 2012 trade for James Harden. Without Harden, the Rockets don't get Howard, simple as that. The price to get Harden was steep -- Kevin Martin, Jeremy Lamb, the 2013 first-round pick from the Lowry trade, a 2014 first-round pick from Dallas and a 2013 second-rounder from Charlotte -- but necessary. How did the Rockets acquire all those assets?

That's just the Harden trade, too. Consider how Morey turned the core pieces of the 2009 squad into the building blocks of the future that eventually lured Howard to Houston.

That's how you manufacture assets while rebuilding.

As we move forward in a new CBA where teams must spend 90 percent of the cap and fend off tanking accusations from fans, general managers will yearn for the ability to rebuild while keeping the team competitive. Daryl Morey just provided all of them the blueprint to doing just that.