Several years ago, the NBA became enamored -- and later too enamored -- with drafting international talent. That interest eventually settled within reason, but teams are still searching overseas. Now, it's also trending in the free agent market.

In 2012-13, it was the Knicks picking up veteran Argentinian point guard Pablo Prigioni and getting great contributions from the seasoned pro. Three moves by three different teams this offseason hint at that trend becoming more common.

Gal Mekel (Dallas Mavericks), Luigi Datome (Detroit Pistons) and Vitor Faverani (Boston Celtics) signed reasonable contracts this summer and each hopes to make an immediate impact. None were all that well-known in the states, but like Prigioni, that could change that shortly. Here's a breakdown of their respective games.

Perhaps the most significant of the NBA's European imports, Datome signed a two-year, $3.5 million contract with the Detroit Pistons, and there's no doubt the Italian League MVP's best skill is his jump shot.

As Grantland's Brett Koremenos writes, Datome might be a heck of a value considering his skill set. He's a deadly stand-still shooter and efficiency-wise will be a key part of a revamped Pistons roster that lacks spacing. Not only will Datome's shooting help spread the floor for a team needing shooters, but his accuracy -- 52 percent from the field, 39 percent from three-point range and 93 percent from the free-throw line -- doesn't require ball-domination.

Standing at a thin 6'8, Datome worked well off screens and should fit with newly-acquired point guard Brandon Jennings and forward Josh Smith.

The 25-year-old gets high marks as far as the pure numbers are concerned as well. Pistons blog Detroit Bad Boys asked Wages of Wins blogger and statistician Arturo Galletti to crunch some numbers, and they found that Datome's wins produced per 48 minutes improved from .120 to .160 in the last two seasons, both above the NBA average of .100.

For context, the Pistons only had two players who posted better than a .160 WP48 last season: Andre Drummond and Jose Calderon. Greg Monroe's career WP48 is greater than .160, but he struggled early in the season which brought his final numbers down. Josh Smith's WP48 at Power Forward last year was .053 (couldn't resist).

The NBA is a different animal of course, but the statistics and the role Datome will play both look promising for the Pistons in 2013-14.

Last played for: Valencia BC (Spain)

Aptly-named "El Hombre Indestructible," the 6'11, 260 pound Faverani is a risky acquisition for Boston Celtics and general manager Danny Ainge. By itself, the Brazilian center's contract spanning three years and $6 million in full isn't frightening, but it is scary considering the Celtics' salary-cap situation, which this season is above the luxury-tax threshold.

Who is El Hombre? 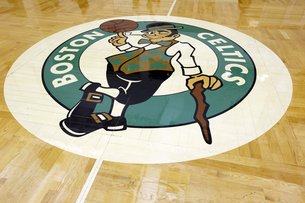 A review of scouting reports on Vitor Faverani

But the Celtics did need a center. The only true center on the roster is 23-year-old project Fab Melo, who is a long way from being a starting center, let alone a contributor. So the 25-year-old Faverani will have a solid chance to earn minutes early on.

He averaged 9.4 points and 4.6 rebounds in 23 games with Valencia Basket Club of the Spanish ACB league last season.

According to scouts and ESPN Boston's Chris Forsberg, the upside of the big man comes offensively. He has the length and bulk to score most efficiently in pick-and-rolls at 1.2 points per possession, according to MySynergySports.com, and off offensive rebounds at 1.32 points per possession. A scout told the Boston Globe that Faverani could be an effective pick-and-pop big man thanks to his mid-range shooting ability that sometimes led to him stretching the floor past the international three-point line -- he also is athletic enough to be a solid roll man.

The scouting reports are an inverse to any on Melo, a shot-blocker with little offensive skill. That means Faverani could be a liability on the defensive end. Like Melo, Faverani had some maturity issues that kept him from being drafted when he became eligible.

Boston has enough versatility in forwards Brandon Bass, Kelly Olynyk, Jared Sullinger and Kris Humphries. But there's no doubt they could add some size to the equation, and Faverani is that man.

The Dallas Mavericks had been searching for a point guard since their 2011 championship squad got dismantled around Dirk Nowitzki, and the signing of free agent Jose Calderon gave them a true floor general rather than the wily, athletic scoring point guard that is commonplace around the NBA.

The Mavs got the same type of player in Israeli point guard Gal Mekel, who on a league minimum contract should vie for the backup spot alongside free agent Devin Harris and rookie Shane Larkin.

Mekel joined the Mavs' summer league team relatively unknown in the United States even though he played two seasons at Wichita State -- he averaged a 9.3 points and 3.7 assists his senior season, hardly a line that would draw eyes scamming a box score. But in Israel, he is known as a two-time MVP and two-time champion of the Israeli Super League.

In an interview with ESPN Dallas, Mekel said he's simply a pure point guard who likes to get his teammates involved. He averaged 13.3 points and 5.4 assists in the Euroleague last season.

A big guard at 6'4 and 210 pounds, Mekel is viewed as physical enough to handle the NBA game. The Knicks bringing over Argentinian point guard Pablo Prigioni last summer paved the way for Mekel, and former Philadelphia 76ers general manager Brad Greenberg put in a good word throughout the NBA after coaching Mekel last season, according to ESPN's Marc Stein.

Harris' toe injury that required surgery will likely give Mekel a chance to forge a role early in the 2013-14 season, and so should staying in Dallas rather than playing for his Israeli national team in Eurobasket 2013.