The Philadelphia 76ers are set up to be one of the worst teams in the NBA next season, if not the worst. Of course, that's likely all part of the plan to have the most ping-pong balls in next year's draft lottery in order to have the best chance at grabbing Andrew Wiggins, the consensus No. 1 pick in the 2014 draft.

But while the Sixers could very well threaten their own record for most losses in a season, they actually possess a few interesting storylines besides the team's futility.

The return of Nerlens Noel from a torn ACL will be closely monitored, and it will be curious to see whether he comes back as soon as possible or takes it slow and safe. Evan Turner's development also will be something to watch, as the 2010 No. 2 pick is in the last year of his rookie contract and looking to finally become the player the Sixers thought they were getting when they drafted him.

Most recently, the Sixers acquired second-year point guard Tony Wroten from the Memphis Grizzlies in a deal mostly motivated by money. The Sixers are trying to add salary in order to get closer to the league's minimum payroll of $52.811 million, while the Grizzlies wanted to shed salary and open up an extra roster spot. Memphis received only a protected 2014 second-round pick in return.

What have the Sixers gotten in Tony Wroten? 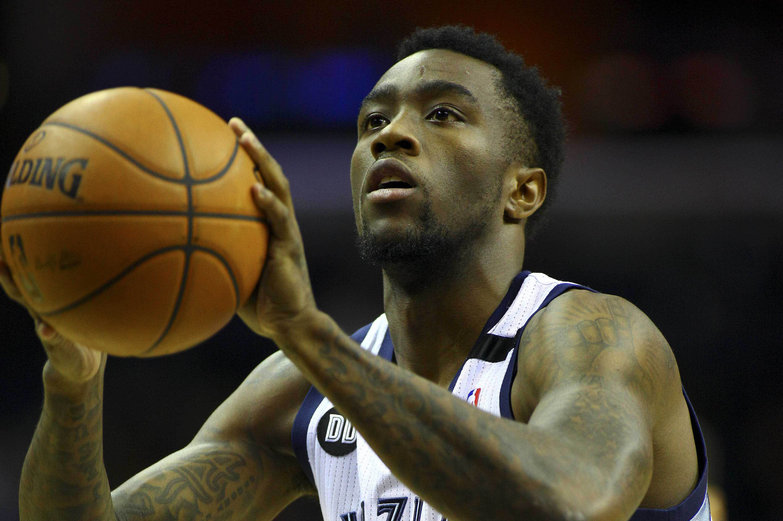 Liberty Ballers writes that the Wroten trade makes sense for both the Sixers and Grizzlies.

It seems a bit rash to give up on a first-round pick so quickly, but the Grizzlies clearly weren't impressed with what they saw in Wroten last season. Wroten, the 25th pick in the 2012 draft, appeared in just 35 games and averaged 2.6 points and 1.2 assists in 7.7 minutes per game. Throw in the addition of Nick Calathes and luxury tax issues, and there just wasn't a place for Wroten in Memphis. The youngster should get a greater opportunity in Philadelphia, where he will likely be the backup to 2013 first-round pick Michael Carter-Williams.

Perhaps the more high-profile addition is that of Royce White, the No. 16 pick of the Houston Rockets in the 2012 draft. White didn't play a single minute for the Rockets last season, instead participating in a very public battle against the team in regards to their handling of his anxiety disorder. White twice refused assignments to the D-League and also called out the Rockets for not giving him enough support to properly deal with his disorder.

White is an intriguing prospect despite his issues because of his immense talent and God-given physical gifts. At 6'8, 260 pounds, White has the body of a 4, but he has the skills of a player who can also perform on the wing. That kind of versatility is a huge plus in the NBA, but when the Rockets were looking to shed salary in order to have sufficient cap space to sign Dwight Howard, the 22-year-old was a natural choice to go because of how things played out last season. There won't be much pressure on White in Philadelphia, so perhaps he can better cope with his issues there and get his career on track.

Finally, there's James Anderson, a big-time scorer at Oklahoma State who has never found his footing in the NBA. The 20th pick in the 2010 draft, Anderson suffered a stress fracture in his right foot early in his rookie season with the San Antonio Spurs. Since then, the 6'6 wing has bounced around, including several stints in the D-League. He has played in just 116 games in his three-year NBA career, with averages of 3.7 points and 1.5 rebounds.

Out of the three former first-rounders, Wroten may be the most likely to find success, whether it's in Philadelphia or elsewhere. He's just 20 years old and boasts excellent size and solid athleticism for his position, although his jumper needs a lot of work. White is probably the most talented of the group, but he's such a wild card because of his disorder that it's really difficult to project how he turns out. As for Anderson, the time is dwindling for him to carve out a niche in the NBA, and he may just be what he is at this point.

• The Hook: What Ricky Rubio ought to be

• Does the "John Wall Effect" exist?

• An appreciation of Joakim Noah

• Q&A with Oklahoma senator about bringing NBA to OKC