New Atlanta Hawks head coach Mike Budenholzer was charged with a DUI and a taillight violation after being arrested Wednesday night, according to the official police report.

Mike Budenholzer was arrested Wednesday night in Fulton County for DUI, just months after being appointed as head coach of the Atlanta Hawks. A local TV station initially reported that drugs may have been involved, but the official incident report doesn't include anything but the originally reported charges.

The former San Antonio Spurs assistant was charged with one count of driving under the influence after being pulled over for driving without taillights. He refused a breath test, but the arresting officer's report indicated a "strong odor of an alcoholic beverage" and that the coach had "disheveled clothing" while his speech was "slow, slurred and mumbled."

Budenholzer told the arresting officer that he had just one glass of wine and that he'd begun drinking it about an hour before his arrest. The report indicates he was arrested at 10:30 p.m.  He was eventually booked at the Atlanta County Jail and released at 3:45 a.m. Thursday morning after posting $1,524 for bail.

Budenholzer's mug shot is included below. 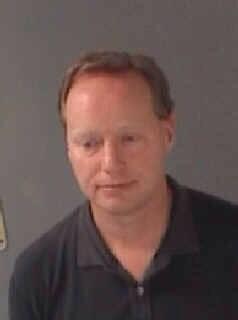 • What Andrea Bargnani brings to the Knicks