Indiana will have to figure out how Danny Granger fits into its plans, both next season and in the future. Does he automatically get his starting job back?

If building an NBA contender is anything like running a marathon, the Indiana Pacers appear to have taken their final steps towards the finish line. Find the podium, get the medals and call the sponsors, too, because there might be reason to celebrate next spring.

At least that's the idea, anyway. Build a core and fill in gaps later -- it's the standard for building an NBA team and precisely what Indiana did this offseason. Already boasting Paul George, Roy Hibbert and a host of solid veterans, the Pacers turned to their unfortunate band of misfit bench players to make improvements. Indiana removed pieces that weren't working -- like Tyler Hansbrough and D.J. Augustin -- and found players like Luis Scola, Chris Copeland and C.J. Watson that might.

Funny thing is, the Pacers' big change this offseason was practically inevitable, because the Pacers are getting back a former All-Star next season.

From 2009-12, Danny Granger averaged 23 points per game. If Indiana is adding this kind of player next season and pushing Lance Stephenson into a sixth man role, why isn't this a bigger deal? The Pacers' forecast for next season and beyond hinges more on Granger and Stephenson than we've acknowledged. If Frank Vogel can figure out how to maximize the talent of his players, Indiana's wing rotation next season will be daunting.

Vogel on the Stephenson/Granger dynamic 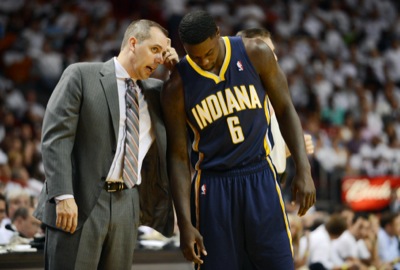 But such a situation would probably yield as many questions as answers with Granger and Stephenson hitting free agency soon. Given what Stephenson did in 2012-13, posting a net rating of +8.8, it's hard to argue he's the lesser player at this point. Granger's days as a premier scorer aren't far behind him, but injuries make him something of a question mark in contrast to Stephenson's rising star.

It's not to say Stephenson should be excused for his inferior offensive game, but the diverse contributions he makes each night probably provide more value, especially to a team like Indiana. Toss in the premium teams often pay for high-level scoring and Granger would have to really blow teams away to be the preferred player next summer.

Still, there are enough questions that 2013-14 looms large for both players. Can Granger really get back to averaging 20-plus points per game as a 30-year-old with knee problems? How much can Stephenson improve? How Granger and Stephenson ultimately answer those questions could radically change Indiana's future. If they're both healthy and effective, there may not be a team in the NBA that can match the Pacers' best six-man rotation, even the Heat.

There would also be the near certainty that at least one of those guys leaves through free agency, however. The Pacers will have about $62 million committed next summer, assuming a maximum contract extension for George. That doesn't leave much room before the luxury tax, a barrier small-market teams like Indiana can't really cross, and likely means choosing just one going forward.

Keeping both happy until that point will be important. With Stephenson willing to come off the bench, it appears Indiana may be able to avoid at least one stumbling block. Giving Granger, a longtime starter and the team's longest-tenured player, a starting gig would likely avoid ruffling some feathers as Vogel looks to keep fostering a championship environment.

Trading some volume for efficiency could also be a key benefit for Granger in this new system. No longer the sole focal point of opponents as he was in his prime, Granger could really up his efficiency, particularly if the Pacers can find mismatches when opponents go smaller. Meanwhile, having Stephenson's energetic perimeter defense on call from the bench should be quite the weapon for the Pacers. That's a potential Sixth Man of the Year if he can shoulder the second unit's offense.

If you want to talk about this team getting better next season, look no further than the ripple effect Granger's return makes. In the starting lineup, the improvement from Granger to Stephenson may be minimal or nonexistent, but pushing Stephenson to the bench, where he can replace minutes previously allocated to folks like Gerald Green, is a big deal.

Best in the East? 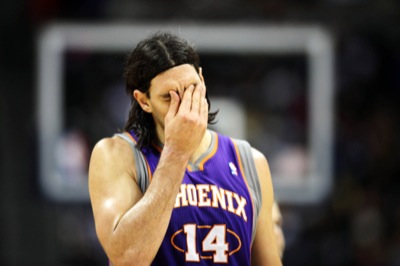 Does the addition of Luis Scola put the Pacers over the top?

And yet, 2013-14 aside, the Pacers will probably choose Stephenson long-term for a number of reasons. He's younger, a better defender and may come cheaper depending on how the market for Granger develops. Sometimes it's just easier to side with the guy who could become a star over the guy who already was one.

For the Pacers, next season is all about incremental improvement. The huge steps, the ones from the lottery to Game 7 of the Eastern Conference Finals, have already been passed. Now it's about getting over that final hump, topping the Heat and whatever opponent the NBA Finals bring. That means finding the right fits and the players who will fill the necessary roles to win games. Finishing off a championship roster can feel like playing a game of Tetris, so hopefully they lucked into the right pieces given what's already in place.

We'll see if Indiana ultimately did that with its many additions, but none of that may really matter. Even if all of the other moves don't work, Granger and Stephenson alone could be all the difference the Pacers need.