The Sacramento Kings are ready to extend talented but troubled big man DeMarcus Cousins, according to a report.

Share All sharing options for: DeMarcus Cousins reportedly 'on course' to receive contract extension with Kings

The Sacramento Kings see a future with talented center DeMarcus Cousins, and ESPN's Marc Stein reports that they are "on course" to hand the big man a contract extension despite all of his flaws. Sources tell Stein that the Kings could have Cousins extended from his rookie contract by the Oct. 31 deadline and as soon as training camp, which begins in a week.

Cousins' signature would make him the fourth member of the 2010 rookie class to have signed an extension. John Wall and Larry Sanders have signed extensions, and Indiana Pacers forward Paul George is expected to join the club soon. 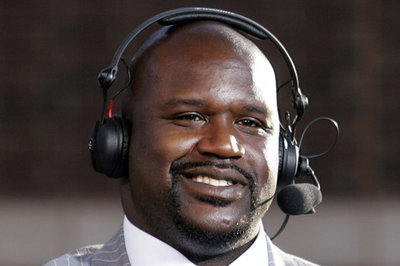 Like Wall and George, Cousins is looking to become a designated player on a five-year, max deal worth around $80 million. It's not a certainty that he'll earn the max, however.

For the talent Cousins has that other NBA centers don't, he also has baggage. He was suspended indefinitely a few months into the 2012-13 season after an altercation with then-head coach Keith Smart. He also made a low hit to O.J. Mayo, then sparred with the guard through the media. Additionally, Cousins was in a verbal altercation with San Antonio Spurs TV analyst Sean Elliott last season.

The move seems like a risky one for new general manager Pete D'Alessandro and the new Kings ownership group that includes Shaquille O'Neal. Yet, O'Neal went to bat for Cousins in an interview with USA Today, and so did new Kings owner Vivek Ranadive.

It's hard to argue with Cousins' abilities. He averaged 17.1 points, 9.9 rebounds and 2.7 assists per game last year despite often finding himself in foul trouble.

If Cousins isn't extended by Oct. 31, he will become a restricted free agent next summer, but Stein reports Sacramento will do everything to come to an agreement for an extension.