The Brooklyn Nets' turnaround has coincided with Andrei Kirilenko's return to the lineup. The 32-year-old forward discussed this trying season and his early years in a Q&A.

Share All sharing options for: Q&A: Andrei Kirilenko on the Nets, John Stockton and Karl Malone

TORONTO — Andrei Kirilenko was supposed to fill in all the gaps for the Brooklyn Nets. He was supposed to be a super sub, relieving the seasoned starters they'd brought in from Boston. Instead, back spasms kept him out of all but four games in the season's first two months. As he suffered setback after setback, he could only watch his teammates slip and stumble through the season, losing games in every way imaginable.

The Nets were 10-20 when Kirilenko made his return on New Year's Eve, and the team has won five out of six in 2014. He's not the sole reason for the turnaround, but Brooklyn head coach Jason Kidd said that his knack for doing the little things has helped the team on both ends of the floor.

"He's such an intelligent player, man," Nets forward Alan Anderson said. "He always keeps the defense on their heels and the offense on their heels. He's scrappy. He's getting all the loose balls. He's just everywhere. He's like a magnet to the ball, man. He's been a big lift for us. Happy he's back."

Before the Nets' first loss of the calendar year, Kirilenko briefly spoke with SB Nation about this season in Brooklyn and more:

We take a look at the Nets' recent run without their two stars.

What's the difference between the way this team is playing now and the way it was at the beginning, when you could only watch?

I think it's a process. At the beginning of the season, we have a new team, new coach, new scenery for a lot of guys and it takes some time to get used to it. I think it takes us two, three months to kind of adjust to it. Obviously after new year we started getting better. We're playing better, playing with a different approach. Everybody started to understand each other better. It's a process.

How gratifying was it to get that win over the Heat and have the crowd going crazy, considering the way the team started?

The majority of my career I played in Utah, and Utah fans have always been, like, they have a history of cheering. For Brooklyn Nets, it's a pretty new crowd because the team moved from New Jersey, didn't have a big attendance there anyway and we didn't play well at the beginning of the season. So it's kind of tough for them to cheer for.

I think the last few games, we kind of sparked them into it. It will take some games to start feeling that, but I think fans, they always appreciate wins. And that's what we should provide them. Or we should provide them like great game, great, tough, competitive game. That's how you win your fans. I think lately we did a pretty good job to kind of win them and force them to cheer for us and bring excitement to the [fans wearing Brooklyn] hats.

How tough is it for a team to handle losing when it's largely because of injuries, like last year in Minnesota and the beginning of this year?

I think injuries are a part of basketball, a part of professional sports. That's the only thing you can't do anything about. I'm more philosophical. We can moan and cry about that, but it is going to happen and it's a part of it. Just have to take it for granted and move on. You got injuries, you try to get well as soon as possible and the rest of the guys will cover for you. Same as right now. Like, I'm not injured, somebody else is injured. We cover for that guy. That's the kind of process.

How are you feeling with your back?

What do you think of what Shaun Livingston's been able to do for the team?

He's a very talented point guard and skills-wise, being tall and being able to do with the ball point-guard skills and things, I think it's a great addition to the team. Especially right now, with Deron (Williams) being out, we need that spark. We need that point guard position to be productive and be active. So I think Shaun is doing a very good job in providing those minutes and providing those stats, those organizing skills. 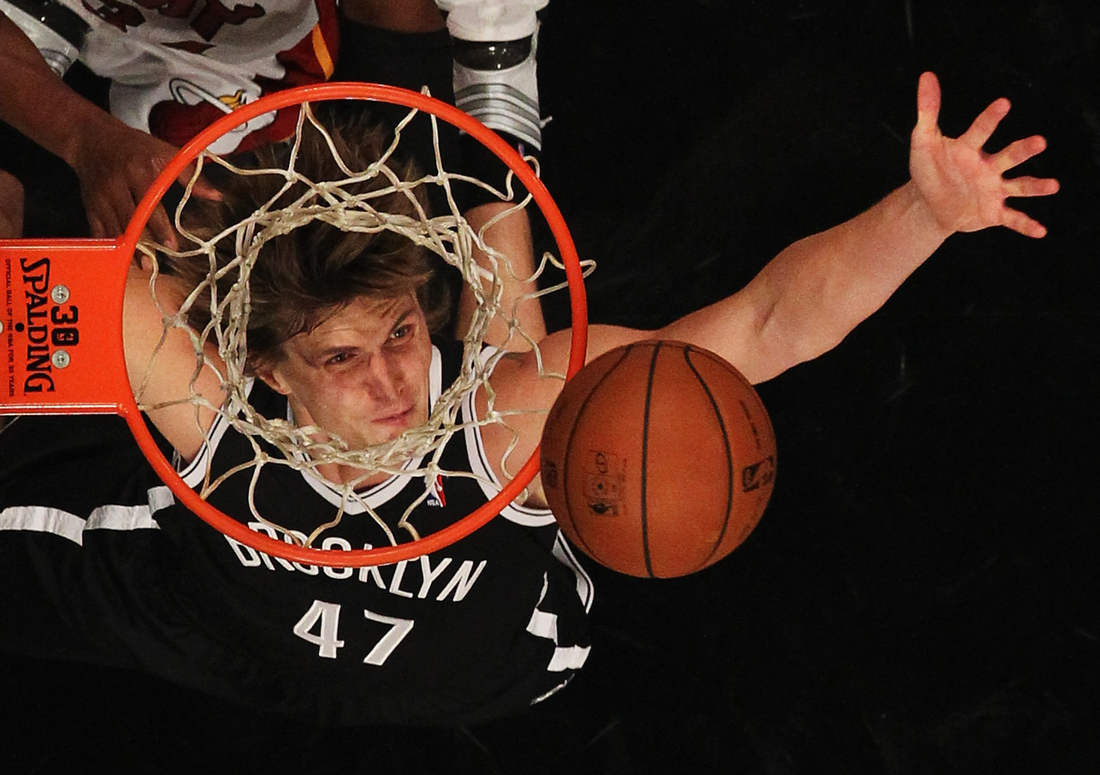 That's my man. I'm so happy for him. He's always been so talented with his understanding of the game, and finally he had a chance to kind of put it in the limelight. And he's blossomed. I like that. I'm very happy that he has a chance to coach and coach well.

You played Cleveland last week, and you've known Sergey Karasev since he was like 7 years old, right? What was it like to see him there?

It's not surprising me right now but my first impression when I saw him playing in Russia in the lockout year, that was shocking. Man, he grew up so fast.

What are your memories of playing with John Stockton and Karl Malone?

Definitely those first two years were special. You come in as a 19-year-old kid, seeing those guys who just played in the Finals against Jordan in '96 and '98, it's unbelievable. You feel like it's special and then you kind of get used to it, you take it for granted already.

My first impression, I came to practice and kind of introduced myself to everybody. I went to John Stockton, like, "How you doin'?" He's like, "Hi, my name is John." I'm like, "I know [laughs]. I know your name!"

They had two different personalities. Karl had always been like a vocal leader, like always saying what to do on the floor and never give a hand to the opposite guy. John's always been a quiet leader. For example, he never says anything in the game. Always been quiet.

But he was super competitive, right?

I read that you said you thought you'd retire by 30. Is that true?

Well at some point you think, well if things keep going like that, I might be retiring by 30. But at 30 years old you just realize, well, I've still got a couple more years in me.

I'm still thinking like I'll be finished soon. We'll see. You only think like that, but then the next year you're like, ehhh, OK, I have one more year in me.