The surprise selection of Anthony Bennett has gone terribly wrong for Cleveland, and the numbers paint an especially grim picture.

No. 1 draft picks are sacred in the NBA. A team gets the pick of the litter, and it can change the course of its franchise. Anthony Bennett has been a pretty rotten pick of that litter for the Cleveland Cavaliers.

It's too early to call him an outright bust, of course. He had a shoulder injury leading into the season, which helped cause his weight to balloon. Later, he was diagnosed with sleep apnea. Add in his struggles finding a spot in Cleveland's crowded frontcourt, and there have been mitigating circumstances.

But Bennett's rookie year has been an abject disaster. If this keeps up, he'll own the worst rookie season ever by a No. 1 pick. 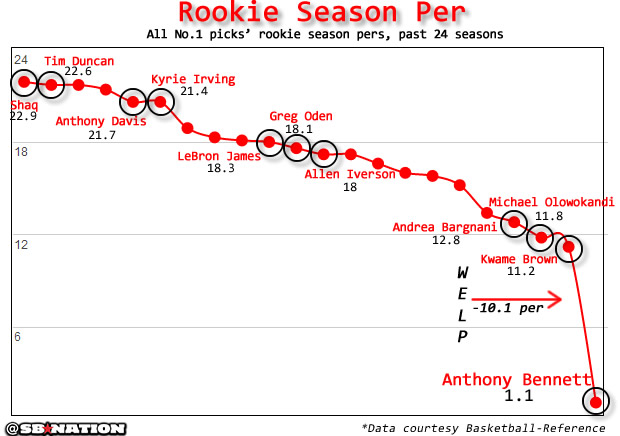 Anthony Bennett is having the worst rookie season of any No. 1 pick in the past 24 seasons and it isn't even close. His PER — a whopping 1.1 — is 10.1 lower than Kwame Brown, a player considered one of the biggest busts in draft history. That's the next closest player to him. The rookie-year PER gap between Bennett and Brown is nearly equal to the gap between Brown and Kyrie Irving (10.2).

The signs are everywhere. A simple YouTube search for "Anthony Bennett" pulls up a five-minute video featuring all of his misses during the first 12 games of the season. It has over 71,000 views. I bailed out around the three-minute mark after the clank of the rim and deafening disappointment left my ears ringing and heart sunken.

First-person accounts of his play are even more damning. From David Zavac of SB Nation's Cavaliers blog Fear the Sword:

Last night, with the game decided long prior, Bennett stopped playing. Problem was, he was still one of the Cavaliers on the court helping to put the game away. With 2:10 left in the game Bennett put up a restricted area shot attempt that came up short. The Philadelphia 76ers recovered and led a fast break. Bennett walked back. There had been scattered, soft boos in the minutes preceding this booing, but nothing as loud as when Bennett didn't run back.

His struggles go deeper than the lackadaisical attitude he shows on the court when Mike Brown actually plays him or the fact that he's made only 29 of his 108 shot attempts this season. Bennett single-handedly hampers the Cavaliers every second the bottoms of his shoes are shuffling between the lines of the court. 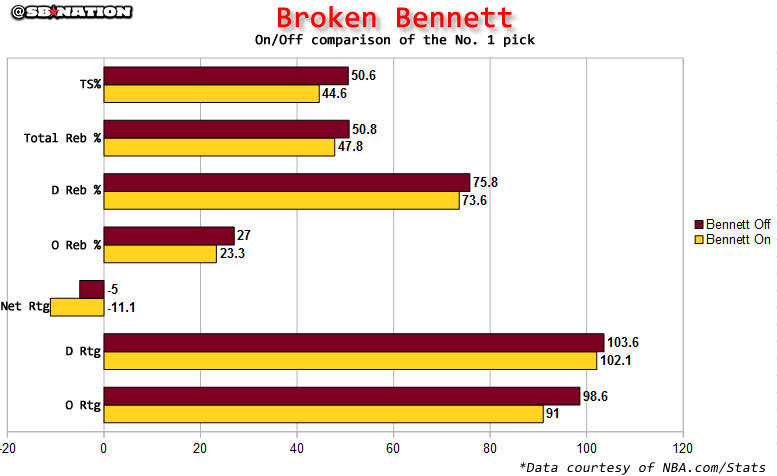 The Cavaliers' struggles certainly affect Bennett's play. They've been a horrendous team on offense and a below-average team on defense. Still, his individual numbers tell a terrible tale of a rookie season gone wrong.

The Cavaliers were in a tight position, of course. The draft was considered to be weak. They could have drafted Victor Oladipo, but there would have been personnel overlap with Dion Waiters. They could have drafted Nerlens Noel as their future frontcourt anchor, but big man injuries are a scary thing to roll the dice on. Players like Michael Carter-Williams and Trey Burke would have been trapped behind franchise centerpiece Kyrie Irving.

Still, considering Bennett hasn't started a single game for Cleveland and is playing a minimal 10.4 minutes per game, the pick has been a huge mistake. Almost any player could be plugged into his current role on the team this season and perform better. 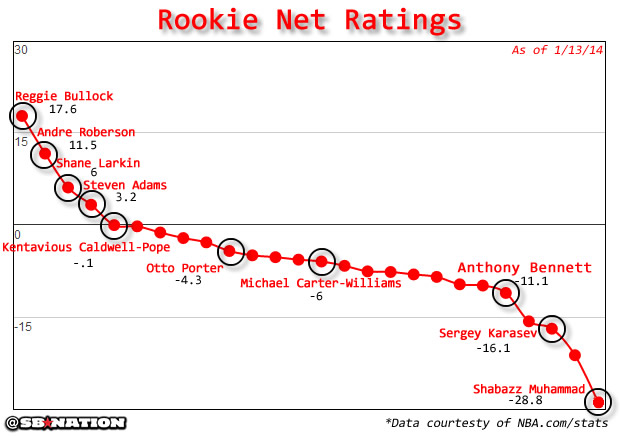 The Cavaliers are being outscored 11.1 points per 100 possessions while Bennett's on the floor, and there are a whole lotta dots higher than his plot point (21 to be exact). Sure, these players are surrounded by different faces in different places, but to be that far away from even the middle of the pack is a concern.

Yes, this entire batch of rookies is struggling. Three of the four players (Muhammad, Karasev, Nemanja Nedovic) below Bennett have all been sent down to the D-League, while Alex Len has played in a total of nine games and has been dealing with injuries. But the Cavaliers have yet to send Bennett down for work in the development league, instead watching their No. 1 pick struggle, get pelted with boos and fall in and out of the rotation. 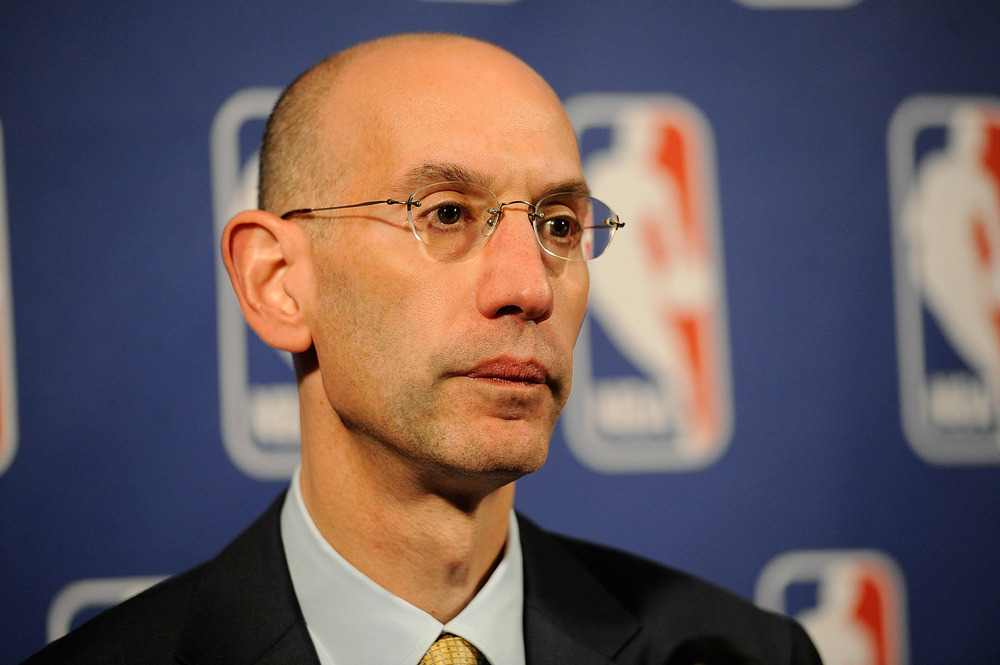 Even with the weak class, Bennett is at the bottom of the barrel in minutes, points, rebounds, blocks and assists per game and dead last in field goal percentage. It's no wonder his PER only adds up to a dismal 1.1.

There are plenty of "maybes" that can be thrown out there to explain his problems. Maybe he just isn't ready to play at the NBA level. Maybe he's just been unusually hampered by health and circumstance, two things that can improve over time.

But the stats point to one definitive conclusion: Anthony Bennett is having the worst rookie season for a No.1 pick in recent memory.

BONUS: Here's a table of all the first overall picks from above that includes all of their base statistics. Enjoy: